Arthdal Chronicles is an epic historical set in a fictional ancient times with a story that blends myth and history as a power struggle ensues during the rise of the great city of Arthdal.

Arthdal Chronicles is pretty unique among historicals because of its setting. I was glad to see Korea finally taking on this ancient fantasy genre. Its 18 episodes were broken up into three parts consisting of six episodes each:

Part 1: The Children of Prophecy
Part 2: The Sky Turning Inside Out, Rising Lands
Part 3: The Prelude to All Legends

Eun Som (Song Joong Ki) is an Igutu (half human, half Neanthal) who undergoes many struggles before finding a home with the Wahan Tribe. Even though he’s a bit different from everyone else, they become his family. But his family is torn apart when they are forced into the vastly different world of Arthdal. 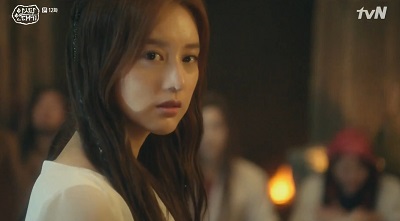 Tan Ya (Kim Ji Won) is set to be the next Great Spiritual Mother of the Wahan tribe. Her fate it deeply intertwined with Eun Som. She struggles to find her path, but it becomes clearer as she deals with extreme hardships in Arthdal. 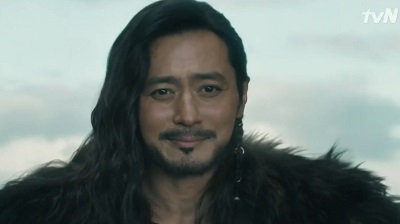 Ta Gon (Jang Dong Gun) is a powerful war hero of Arthdal who has built it into a prosperous nation. He is working his way to become king by whatever means necessary. 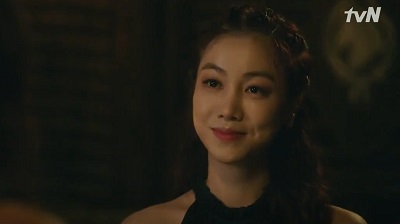 Tae Al Ha (Kim Ok Bin) is an ambitious woman who has aligned herself closely with Ta Gon and his mission to become king so that she can maintain a powerful position.

Note: This next character isn’t fully introduced until the end of Part 1, so skip ahead if you don’t want to be spoiled.

Sa Ya (Song Joong Ki) is another Igutu who has been raised in secrecy and hidden away by Ta Gon and Tae Al Ha. He becomes close with Tan Ya after her arrival to Arthdal and becomes an important part of the story. 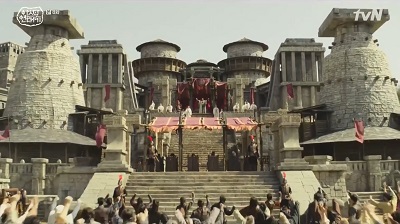 Arthdal Chronicles boasted a big budget that allowed for fantastic cinematography and amazing sets that really created the magical world of Arthdal. The costumes, styling, and sets had a very different feel to them that was fun to see.

My biggest struggle with most historical fantasy like this is if it’s too hard to get a grasp on the world and the mythology. I hate being confused and taking several episodes to figure everything out. Thankfully, I did pretty well with Arthdal Chronicles. 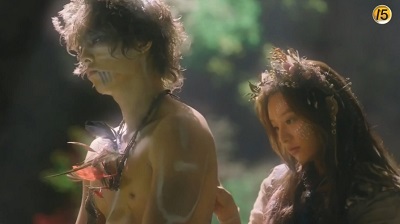 The world, its inhabitants, and the basic dynamics at play were introduced in the first episode in a clear and direct way that was easy to pick up on. The bigger layers to the political happenings were slowly introduced in the following episodes.

Now things aren’t always crystal clear, and you do really have to pay attention to keep track of everyone and everything or else you’ll be confused as to why certain things are happening. This isn’t a relaxing kind of drama at all.

The writers of Arthdal Chronicles have penned some epic dramas in the past such as Six Flying Dragons and Tree With Deep Roots. I tend to have mixed experiences with them, even within the same drama. I love how they write characters, intrigue, and action, but they usually have a big focus on politics and bad guy scheming. And that is something I really don’t like.

Although Arthdal Chronicles is a very different setting from their previous works, they went the way they usually do with a fair amount of that sort of thing. So even though I mostly understood everything that was happening, I can’t say I was thrilled with the focus during Part 1 of the drama.

There are several different tribes who are vying for power, so that sets up the politicking. Then most of the characters outside of Eun Som and Tan Ya are actually not very likable. So I was watching people I don’t like plot and scheme, and I could really care less who won out.

Though that really isn’t my cup of tea, others who like politicking may enjoy it more. But I do appreciate the dynamics at play and how what was happening between these characters was setting up what would happen down the road with Eun Som and Tan Ya. 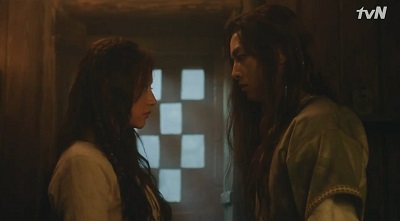 And thankfully, this is a drama that got better as it went. Everything really takes off in Part 2, and this is where things improved a lot for me. Tan Ya gets fully integrated in the story, and things between Ta Gon, Tae Al Ha, and Sa Ya get a lot more interesting. There are a lot of fascinating relationships in the drama.

Things come together nicely, and all the pieces fit well. The story really builds up the tension and excitement. Part 2 also pulls everything together nicely in its last episode to leave us feeling very satisfied with a pretty great cliffhanger.

All of this momentum carried into Part 3 as we get more action, intrigue, and character developments. It gets pretty exciting. The paths the different characters went down were very interesting to see play out. To see who aligned with who and what they would do to get power. Watching the characters battle it out became quite entertaining. Although there was one character journey I was disappointed with.

I was not thrilled at all with how Eun Som’s story was handled. In Part 1, he positions himself to be right in the middle of all of the happenings in Arthdal with his big rescue mission for his fellow Wahan tribe members. I thought he would remain a central figure in things to come and was excited to see his story play out.

But no! He spent the bulk of Part 2 & 3 being captured and enslaved. He would get away from one situation to just to be caught by another group. He ends up spending the rest of the drama away from all of the action happening in Arthdal. It’s like his story was completely separate. 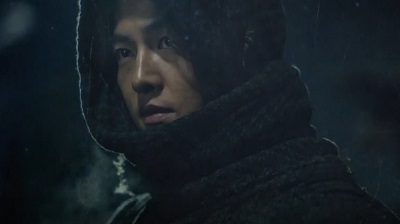 Of course, he goes through his own troubles, and we see him grow a bit. Then ultimately, his journey leads him to a position of power that enables him to finally become directly involved with what’s happening in Arthdal.

So I understand that we had to get him to that spot story wise. I just really wish his time spent away could have been shortened or at least he could have had more direct involvement with Arthdal here and there. He just felt so removed from everything.

There are also a few things viewers should be aware of. First, the show was actually a bit more violent than I anticipated. Be prepared for severed limbs, be-headings, and hearts being ripped out.

The drama as a whole is quite dark too. There are some really bad things going on in Arthdal with countless people enslaved and forced to live miserable lives in order to make Arthdal a great nation. It was really tough to watch how much these people were treated.

Next, is how the ending was handled. This drama does not have a clear ending and leaves practically every story line from the main ones down to the small ones unresolved. Basically, it completely sets itself up for a second season. And the big question is, will we actually get one? It will be pretty disappointing if they built everything up like that just to end it without any resolution. For now, all we can do is wait and see.

Overall, Arthdal Chronicles was a unique experience. While it was a bit more political than I would like and had a lot of unlikable characters, it had a complex story, intrigue, fantastic production, and a group of very talented actors.

It got better as it went and brought everything together in very interesting ways. Although the series is far from perfect, I think it was a great first attempt at this sort of genre, and I hope to see more kdramas try it in the future.