Tree of Heaven is a classic 2006 drama about a teenage Korean girl (Park Shin Hye) named Ha Na who is living in Japan. Her mother remarries a man with a son (Lee Wan), and they leave the son and Ha Na with their mean aunt while they go on a trip.

Ha Na struggles to connect with her step brother who is closed off and doesn’t speak after experiencing trauma as a child. But the two eventually grow closer and soon develop romantic feelings for each other.

Park Shin Hye plays Ha Na. Her father died when she was young, and her mother later remarries. She is sweet, caring, and beyond excited to get to know her new step brother. Park Shin Hye was just a teenager in this drama, and she was so adorable! I already loved her, but this just made me love her even more. 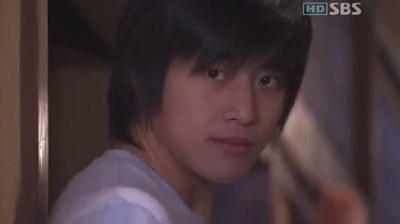 Lee Wan is Yoon Suh. Losing his mother when he was young traumatized him which caused him not to speak and be withdrawn and aggressive. But he begins to open up to Ha Na, and she becomes his whole world.

We’ve also got our villains which consist of possibly the most horrible aunt (Kim Chung) and cousin (Asami Reina) ever. They scheme, are rude, and the aunt is abusive towards Ha Na. It’s just awful to see all they put her though. 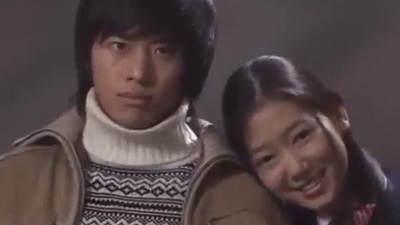 Tree of Heaven has been on my watch list for ages, and I was waiting for a good opportunity to squeeze it in between some of the newer dramas. This forbidden love story between step siblings is a quick watch with only 10 episodes. And well, this drama was…interesting to say the least. I had a lot of mixed emotions regarding it.

First, it was a bit difficult to watch at times because of how Yoon Suh treats Ha Na, especially in the beginning. He has a traumatic past which has caused him to be very closed off and not speak. He’s also very inconsiderate and standoffish.

As he slowly begins to warm up to Ha Na, it’s evident that he cares for her. But since he’s never had feelings like this, finally connecting with someone combined with his issues makes him quite possessive of her.

He’s aggressive with her, pushes her, and basically stalks her. Being rude and dismissive is one thing, but getting physical is another level. It’s not “meant” to be abusive, but it definitely crosses a line. A lot of the scenes were just uncomfortable to watch.

In order to try and enjoy the relationship, the drama requires some serious suspension of how we would normally view this type of behavior (as a side note, please never let anyone treat you like this in real life no matter how much you love them or they say they love you). 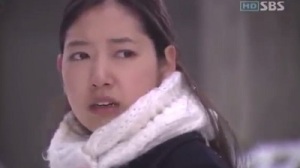 From a story perspective, Yoon Suh is portrayed as a man who is traumatized that finally connects with someone for the first time. It’s all new to him, and he becomes possessive since he doesn’t want to lose her.

So I fully understand the dynamics at play. This drama definitely takes a certain lens to view it though. And thankfully, the aggressive behavior does settle down a lot as the drama progresses.

These are two struggling people who love each even that haven’t been dealt the best hand in life. At first, they aren’t supposed to be together because they are step siblings. They didn’t meet until they were older, but a relationship like this is very frowned upon. So that’s adds a juicy forbidden aspect to the romance.

Their feelings are much more troublesome for Ha Na who is more active in trying to push Yoon Suh away. That’s what causes some of the extra aggression on his part since he is desperate not to lose the one person he loves and who he knows loves him too.

We follow the story of our lovers from a small town to Tokyo where things get even more complicated for them. There is plenty of angst to go around as Ha Na just can’t catch a break in life with bad things just constantly happening to her.

The duo still struggle with what their relationship is too. There’s a whole lot of back and forth between them in that regard. Park Shin Hye cries buckets of tears in this drama!

As the drama progresses, I knew I was supposed to be taking a lot of things seriously, but Yoon Suh’s behavior was portrayed and then edited in such a way that it felt like it was some kind of satire because of how over-the-top he was.

He’s meant to be a protector of Ha Na who is always there for her…whether she knows it or not. He’s always lurking around and doing things for her without her knowing. It’s meant to be romantic, but the way it was edited just made it funny because it seemed ridiculous.

Do you see that faint image of a man in the window up high?

If you actually just changed the music and attempted to portray his actions a bit differently, you would seriously think he was a stalker or serial killer. It was so over-the-top! I just had to laugh at it. I still enjoyed the drama despite that though.

Something unique about the series was that it was a joint venture between South Korea and Japan. It was set in Japan and had a mixture of Korean and Japanese actors. That gave it a very different flavor that I really enjoyed. I also loved the wintery feel of the drama as the cold and snow were used frequently as a backdrop throughout it.

Tree of Heaven is a sad, tearjerker type of show. It feels heavy, but it also has moments of levity. These forbidden lovers have a difficult road to walk both in life and in their relationship. Yoon Suh and Ha Na loved each other very deeply and brought us an emotional romance that packed a punch.

Greetings! I’m Kay, creator and author of Kdrama Kisses. Kdrama Kisses is dedicated to bringing you the latest in kdrama casting news, drama trailers, reviews, and more. Happy drama watching to everyone!
View all posts by Kay →
This entry was posted in Reviews and tagged kdrama, Korean Drama, Lee Wan, Park Shin Hye, Tree of Heaven. Bookmark the permalink.