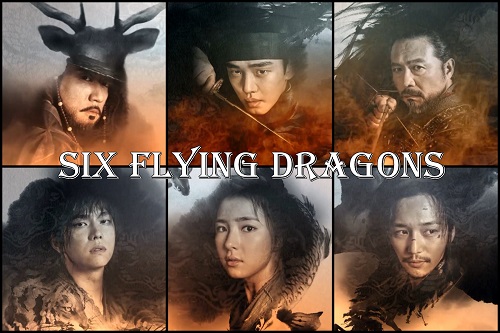 Six Flying Dragons is set during the end of the Goryeo era and depicts the founding of the Joseon dynasty through immense political struggle.  Six people become prominent figures in the movement that centers around the future king Lee Bang Won (Yoo Ah In) and political strategist Jung Do Jeon (Kim Myung Min).

I did it! I completed the 50 episode Six Flying Dragons! I had been waiting to find a good opening to get this drama in and finally found one. It was quite a journey that was filled with action, politics, family, friendship, betrayal, heartbreak, a dash of romance, and the epic story of the founding of a nation.

So let’s jump right in and meet our six dragons:

Lee Bang Won (Yoo Ah In) is the hero at the center of our story. He learns at an early age that power is needed for justice to prevail. He takes matters into his own hands and positions himself to be an integral part of the great political strategist Jung Do Jeon’s plan to build a new country. 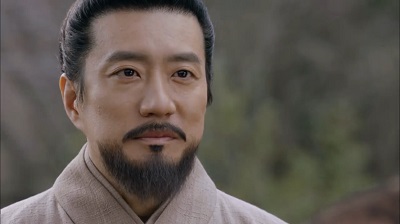 Jung Do Jeon (Kim Myung Min), also known as Sam Bong, has faced much heartache due to the corruption in Goryeo. Because of that, he decides to end the current political system and build a new country from the ground up. As he sets his plans in motion, he identifies who he wants to be the new king, General Lee Seong Gye. 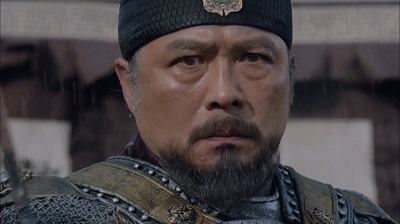 General Lee Seong Gye (Chun Ho Jin) is the father of Lee Bang Won. He is the most powerful and respected general in Goryeo, and he has led massive armies to victory countless times. He is a stern and honorable man who wants to do what is right for the people. He really wants no part of politics, but the corrupt happenings and power plays put him in a position where he has to take a stand. And that stand ultimately leads him to the throne.

Boon Yi (Shin Se Kyung) is a woman of the lower class who becomes a sort of leader for her people. She and her brother Ddang Sae’s mother disappeared when they were children leaving them alone. Boon Yi gets entangled with Lee Bang Won and Jung Do Jeon and their cause as she works to better the lives of her people.

Ddang Sae (Byun Yo Han) is Boon Yi’s brother. After a difficult childhood, his path leads him to becoming one of the greatest swordsmen in Goryeo. While at first he is mostly out for revenge on those who wronged him, he soon joins Jung Do Jeon and his cause too.

Moo Hyul (Yoon Kyun Sang) is our good-natured and hapless warrior. He’s super awkward with an innocence to him. His personality is in complete contrast to his amazing fighting skills. He can go from being bumbling and confused to a skilled swordsman in battle in an instant. Circumstances lead him to becoming the bodyguard of Lee Bang Won.

Overall, I really enjoyed Six Flying Dragons. It has a lot to like as we get to go deep into this story of power struggles and political maneuverings. For the most part, the drama is paced well which is something you would hope for with 50 episodes. New plot developments are frequent with multiple story arcs consistently building up tension and then delivering a satisfying resolution. Things would be set in motion during one arc that would then become prominent in the next arc. It was all laid out beautifully.

Now I will say that I thought the first half of the drama was much more engaging for me than the second half. The first half just felt more exciting and easily held my attention. Which brings me to my main negative. The drama was extremely heavy on the political maneuverings. Though this is very understandable considering what the story is about. There are plenty of baddies ready and waiting to take on Jung Do Jeon and his crew. And when one threat is taken out, another is ready to step in and cause more trouble.

But this created some stretches of episodes that felt a little slow as our players meticulously worked to put their plans into motion. And this became worse as the drama progressed. This isn’t inherently a bad thing, it’s mostly just my own personal tastes that doesn’t generally prefer a lot of politics. And this is a story with A LOT of politics.

But even then, I found this story incredibly fascinating to watch as key players were positioned according to well laid out plans. It takes a lot of work to take down one government and build a new country. It really was an epic journey that these people went on to birth a new nation. 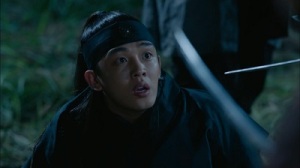 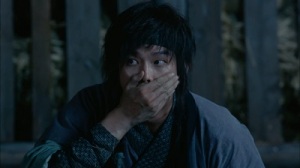 The acting is top notch from start to finish. All of the actors really put their all into their characters and delivered powerful and moving performances. Yoo Ah In and Kim Min Myung were the most notable with some truly intense scenes. But Yoon Kyun Sang, Chun Ho Jin, Byun Yo Han, and Shin Se Kyung also brought their best and made for a very remarkable cast. 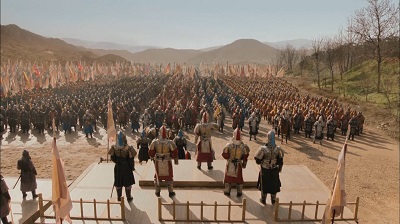 There are some really well done action scenes featuring some intense sword battles on a large scale. Lots of swords, arrows, and hatchets made for bloody battles where no one escaped injury. The depiction of General Lee’s army is also quite impressive and feels very grand. It made the battle for the throne very exciting.

The story as whole feels quite epic. There are so many moving parts and the stakes are so high for everyone. Plus, a big advantage to having 50 episodes is the ability to spend more time with our characters over a longer period of time. There are so many ups and downs, and they really go through so much to accomplish their goals.

These people grow and change throughout the drama. Alliances are formed and sometimes allies become enemies. Things definitely aren’t black and white concerning what they are doing. It gives the audience a lot to think about as to what the right way to take on corruption is and whether or not doing bad things for the greater good is okay.

Many times I wasn’t sure who was good and if I was rooting for the right people. And then as people changed sometimes I would change my view of what was going on. This sort of complexity and moral greyness keeps things very interesting.

I read up on some Korean history as I watched this drama, and it was very fascinating to see some of those key historical events play out on my screen. Of course, there are a lot of liberties taken as there are with most stories, but it’s a great way to get a feel for what shaped this nation. 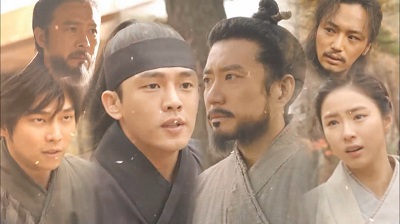 So overall, my journey through Six Flying Dragons was a mostly positive one. It’s a rich story with drama, betrayal, and action. Though it did have some slow spells because of the abundance of politics, the characters and story were so well done that it would always reengage me.

It’s a drama that will make you think as you question what is the right way to achieve your goals. This is the legendary story of the complicated and tumultuous happenings that transformed the nation of Goryeo into Joseon.