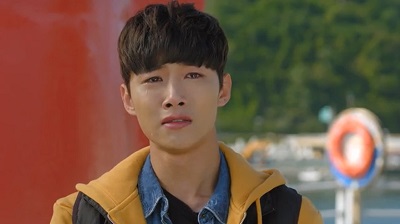 It’s definitely a sad day in dramaland.  The Korean drama streaming service DramaFever has officially shut down. On October 16, the site simply stopped working and we were left with a message announcing the shut down.

DramaFever’s parent company Warner Bros cited business reasons for the shut down. They said customers are supposed to be contacted by email and will receive refunds. Warner had also recently merged with AT&T and just last week unveiled plans to launch a new streaming service.

This news really came as a surprise because of its abrupt end. I had watched a show on DramaFever just a couple hours earlier and all was fine. But when I returned, I was suddenly presented with error messages across all devices. I’ve heard some people were actually in the middle of watching an episode when they suddenly got the error.

I completely understand that this sort of thing happens in business. DramaFever had a good run for 9 years, but it seemed to be struggling to keep up in recent years. I was starting to be hopeful for them since the last few months had seen them bring a large number of new dramas to the site. But then this happens.

Though one of the most upsetting things about the situation is how it was handled. I find it completely unprofessional and disrespectful to its customers to end without any notice. At least give people a chance to prepare and wrap up what they are watching. Even just a couple weeks would be fine. To just abruptly shut down the service is terrible. But of course, the worst thing is losing the service at all.

It easily sets up Viki and Kocowa to dominate the drama streaming market. But after the Viki/Kocowa deal, a lot of new dramas aren’t available in many regions outside of North America. Maybe we can hope this will at least allow them to look at new opportunities to bring dramas to more countries. There is also the possibility Korean dramas could be included in the new AT&T/Warner streaming service. That would be a small portion of their offerings though, and I would bet the price would be significantly higher.

But this is a sad development for sure. DramaFever was a forerunner in bringing Korean dramas to the world and making them available to stream legally. The market is rapidly changing though, and that service is now gone. So now we again have to wait and see how this will ultimately affect the future of drama watching.

Greetings! I’m Kay, creator and author of Kdrama Kisses. Kdrama Kisses is dedicated to bringing you the latest in kdrama casting news, drama trailers, reviews, and more. Happy drama watching to everyone!
View all posts by Kay →
This entry was posted in Articles, News and tagged DramaFever, kdrama, Korean Drama. Bookmark the permalink.