Rich Man (also known as Rich Man, Poor Woman) tells the love story of a genius tech CEO (Suho) who has a condition where he can’t recognize faces and an optimistic woman (Ha Yeon Soo) with an amazing memory who is looking for a job at his company.

Rich Man has a very classic romantic comedy set up.  I mean the title alone gives you an idea of what to expect. He’s super rich, and she’s not. But there’s definitely more to it than just that basic premise.

Suho plays Yoo Chan, and he is your typical arrogant, rich lead. He’s also a genius and has a difficult time understanding others. But of course, he has that difficult past that haunts him as he deals with a complicated condition. Enter Kim Bo Ra. 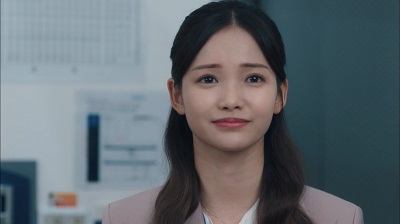 Ha Yeon Soo is Kim Bo Ra who is just finishing up college and is struggling to find a job. She’s feisty with an amazing memory. Circumstances land her at Yoo Chan’s company where the two begin their relationship. And Ha Yeon Soo is all kinds of adorable, and I just loved getting to see her in a lead role. She really needs more of those!

Min Tae Joo (Oh Chang Suk) is Yoo Chan’s partner and close friend. He is also our supportive second lead who is very warm and caring towards Bo Ra and acts as a buffer between her and Yoo Chan. 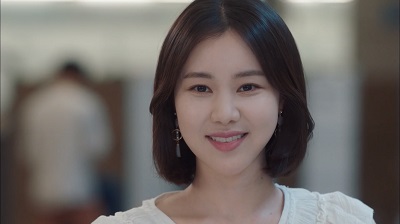 Min Tae Ra (Kim Ye Won) is Tae Joo’s sister who owns an art gallery. She’s wealthy, sophisticated, and usually gets what she wants. So when she takes an interest in Yoo Chan, she expects to get him.

So as you can see, Rich man has a very classic set up. There’s nothing new here, but it does its job and delivers this classic story in an entertaining way. I found it to be a very pleasant watch and just all around enjoyed it. There are some rom-com clichés, but they are executed nicely.

Rich Man has a really nice back story that connects the characters. Yoo Chan has longed to find his old love but has been unsuccessful over the years. Then Bo Ra shows up with a mysterious connection to her that immediately grabs his attention. We slowly learn about Yoo Chan and Bo Ra’s connection to this woman from their past. Then when the truth comes out, it’s finally an opportunity for everyone to deal with it and move forward.

Then the main story of the drama develops quite nicely too. We get a well paced story that is plotted well. The drama nicely builds the tension as it progresses which allows us to initially connect with the characters and get accustomed to everything before diving deep into the story. The second half of the drama then delivers some very emotional story lines as our characters have to face some harsh realities.

I’m also someone who doesn’t much care for business politics, but I wasn’t bothered at all by it in Rich Man. I thought they were interwoven with other scenes nicely and were kept direct and to the point. That allowed me to actually be interested in what was happening at the company which is a pretty rare thing for me. 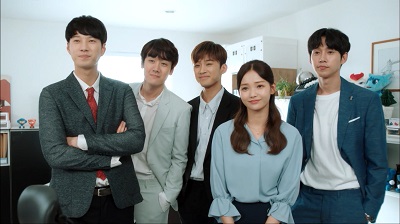 Now I should give you a little heads up. The main romance in Rich Man is super slow to develop. I found it interesting that Yoo Chan and our second lead Tae Ra have an actual relationship for a good chunk of the drama.

She definitely has some classic qualities of a second lead like being jealous and a bit controlling, but they were toned down, and I actually found her to be pretty decent most of the time despite some of her more annoying qualities.

While we do still get relationship developments between Yoo Chan and Bo Ra throughout the drama, it ends up taking a while (as in most of the drama, be prepared) for them to get to that point where they are both on the same page and really ready to embrace their feelings for each other. Mostly, Yoo Chan has a lot of maturing to do as well as dealing with some difficult truths. 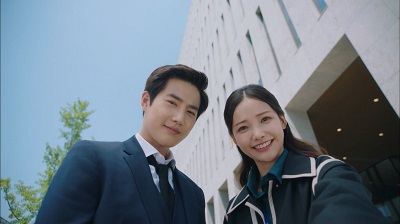 But we finally do get some romance to blossom between Yoo Chan and Bo Ra. I always love watching the arrogant guy warm up and fall in love. And how could you not fall for the sweet Bo Ra? She’s amazing!

But the thing to keep in mind is that the story really is more about their journey as characters, so in many ways the love line felt secondary. I would have liked to have seen the romance element be stronger, but honestly, since the story was so well done, it really wasn’t a problem. 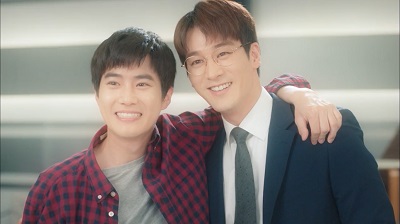 Then we have a nice little bromance to enjoy between Yoo Chan and Tae Joo. They not only run the company, but they are also close friends. Tae Joo believes in Yoo Chan’s abilities and is always right there beside him to help him.

But like Yoo Chan does with everyone, he has a hard time truly appreciating Tae Joo. Of course, this creates some friction. It’s an interesting relationship on many levels, and I really enjoyed watching it play out from start to finish. 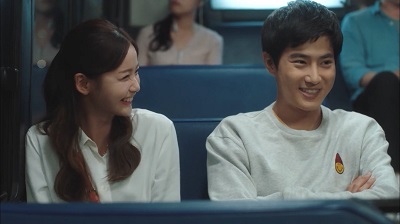 I was genuinely surprised by Rich Man. It seems so basic, yet it really pulled me in. I enjoyed all of the characters, the main story, the back story, and it even had some nice little side stories. It was light and fun with a solid emotional core and a great soundtrack to enhance it. Overall, it was a very enjoyable watch.