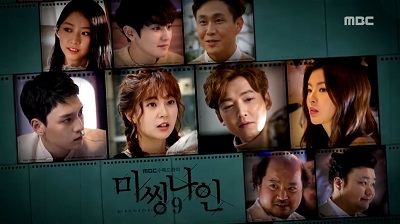 Missing 9 is the story of a washed up celebrity (Jung Kyung Ho) who gets stranded on a deserted island after a plane crash along with his stylist (Baek Jin Hee) and seven other people in the entertainment industry.  They go on an intense journey of growth while facing adversity and fighting for survival.

Missing 9 was an exciting ride with plenty of twists and turns. I absolutely love stories of a group of very different people fighting for survival together. The premise of a group being trapped on a deserted island fits that perfectly. And as far as kdramas go, this happens to be a pretty unique story. First, let’s meet our castaways, and then we’ll move onto the meat of the review.

It should come as no surprise that Jung Kyung Ho was fantastic as usual as our washed up celebrity Joon Oh. We get to see plenty of the comical side of him as a high maintenance star having to cope with island life.

But then we get to see his journey of growth as he matures into a leader that always puts others above himself. I loved his character, and I loved watching him develop. And we get plenty of of opportunities to see the serious side of Jung Kyung Ho in the midst of all of the craziness on the island. Jung Kyung Ho is seriously intense! 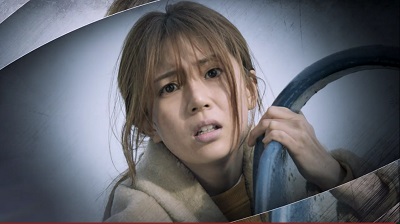 Baek Jin Hee plays Joon Oh’s stylist, Bong Hee. She’s a kindhearted woman who has quite a few survival skills. She’s an asset to Joon Oh on the island. First, she helps him to simply survive, but then she becomes his emotional support and an important ally. I greatly enjoyed her character.

I really loved Joon Oh and Bong Hee as a couple. They have a very nurturing relationship that is built on unwavering trust for each other. Their romance is very subtle and more of a subplot, but I thought it packed a lot of emotional punch. There are some very dramatic scenes between them as well as some heartbreaking ones. But I really loved seeing how much they supported one another. 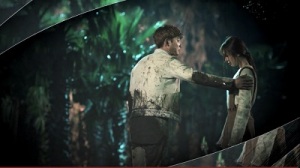 And on the flip side, when they get a chance to have fun, these two are completely adorable! They have such an easy going and natural rapport that was just delightful and so much fun. Such a wonderful couple!

Choi Tae Joon plays our villain Tae Ho. He was once part of the same pop group as Joon Oh, but the two have been at odds since the group broke up. Tae Ho is the shady one on the island who is always only looking out for himself. He is the source of a whole lot of trouble for our group. 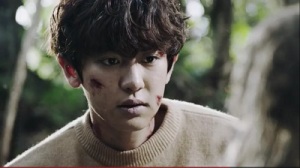 We have quite a few other castaways on the island too. Yeol (Park Chan Yeol) is the other member of the pop group. He has a good heart and is a very endearing character. We then have Ki Joon (Oh Jung Se) as Joon Oh’s manager and friend.

Ji Ah (Lee Seon Bin) is an actress at the company and Tae Ho’s girlfriend. So Hee (Ryu Won) is another actress who has a particularly hard time adjusting to life on the island. 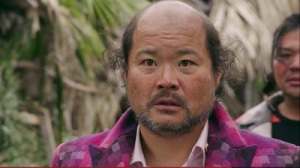 Jae Wook (Kim Sang Ho) is the CEO of the entertainment company. And finally, Ho Hang (Tae Hang Ho) is his secretary.

And two of the more prominent characters back in Seoul include Congresswoman Jo (Song Ok Sook) who is in charge of the investigation into what happened on the island and Prosecutor Yoon (Yang Dong Geun) who is also trying to get to the bottom of things.

The way the story is told is actually quite interesting. The drama opens with Bong Hee being found as the sole survivor of the crash months after it happened. But her memories aren’t completely intact, and she only remembers pieces of what happened. What follows is the investigation into everything that happened with the drama following the present story and then flashing back to the story on the island.

The set up for the story was good. We meet all of our characters and get a little bit of insight into their stories. And the plane crash that lands our group on the island was done extremely well, and I found it thrilling.

The narrative would frequently reveal things in the present that would leave you wondering how it ended up that way. We then had to peel back layers of the story to get the full picture. This allowed certain revelations that happened in the present to eventually be explained back on the island. 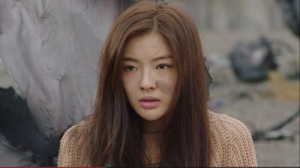 Of course, the setting itself is also unique. There aren’t too many dramas actually set on a deserted island. It definitely made things feel more exotic. I much preferred the story on the island over the present day story. That was where all of the excitement was happening. And it sure was exciting!

We watch as our group first has to fight just to survive in their new setting. There are plenty of struggles but also small triumphs. The group is forced to come together as a unit in order to get through the ordeal. I greatly enjoyed the camaraderie that developed between some of the people. 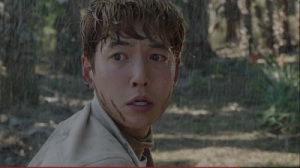 But of course, things are never simple. Eventually disagreements, suspicions, and fears arise within the group which causes things to quickly break down. People end up pitted against one another, and the island becomes a very scary place with death lurking around every corner. It kept things very interesting. 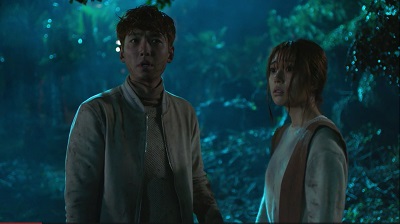 There are definitely some negatives to the drama though. First, the tone felt a little uneven in the beginning. The transitions between being serious and humorous were a bit awkward at times. Luckily, this greatly improved after the first few episodes.

I also didn’t love the constant jumping back and forth between the island and the present time in the beginning. We switched timelines a lot those first couple episodes. I really wanted to just get immersed in the island story and having to move around so much just made it feel a bit choppy. 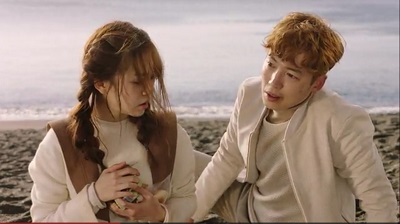 But the main thing to know when going into this drama to hopefully enhance your enjoyment of it is to not think to hard about some of the happenings. There are many far fetched and illogical scenarios that you just kind of have to go with. Not everything that happens is completely believable. There are also plenty of inconsistencies and plot holes. If these sort of things bother you too much, just know that this drama is filled with them.

But  if you can just enjoy it for what it is, there is a lot of enjoyment to be had in Missing 9. The story itself is quite captivating and thrilling with a very addicting quality to it. Also, the thing this drama excelled at the most was concerning its characters. The characters are diverse, intriguing, and nuanced. They are what makes you invested in the drama as well as the journey they have to go on. I enjoyed all of the castaways because of how well written and developed they were.

So of course, Missing 9 did get pretty wild. What started as a group surviving on an island turned into a sort of serial killer thriller. Tae Ho’s murderous tendencies just couldn’t be contained both on the island and back in Korea.

On the island, I found it quite exciting that everyone was constantly having to survive Tae Ho. The guy just couldn’t be stopped! And peeling back the layers of his story was very interesting. 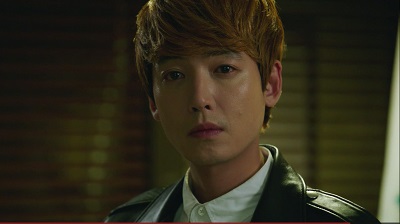 But the star of the drama was none other than Joon Oh. He is the one who experiences such growth on the island and is able to really find himself. And his kind heart and compassion toward others was unfailing.

Back in Korea, Joon Oh goes through a lot in order to combat Tae Ho. Things were pretty crazy with him and the other survivors jumping through hoops to prove his innocence and take down Tae Ho.

Although the drama clearly showed some of Tae Ho’s struggle, he seemed pretty unmovable as he continued with his selfish and murderous ways. But ultimately, Joon Oh was finally able to get through to him by making him see that he wasn’t happy with his life and offering to stay by his side no matter what. It was all quite touching.

As for the ending, it’s kind of the ultimate check your brain at the door moment. Our survivors are able to happily reunite for a painting party, and even Tae Ho is present at the event. Apparently, he was allowed out of jail for some community service and seems to have received the forgiveness of the group. Everyone is happy together.

So of course, this is total fantasy. Tae Ho was basically a psycho killer who murdered multiple people and attempted to murder many more. Even if he experienced a genuine change and people accepted that, it still wouldn’t all be rainbows and unicorns concerning their relationships.

But for this particular story, it was important that all of the character’s experienced growth and that included Tae Ho. And the group being able to accept him showed that they had truly moved on from the tragedies on the island and were now happy. So yes, it is completely far fetched, but hey, it is just a story after all.

So in the end, I found Missing 9 to be a fun and thrilling ride. It had plenty to pick apart, but it got the important things right. I felt for these characters, and I thoroughly enjoyed their journeys. And in dramaland, it’s nice to see that sometimes everyone (at least those that didn’t get murdered by Tae Ho) can live happily ever after.