March was quite a fun month!  So many wonderful dramas to enjoy!  We had a drama swimming in controversy as well as one that rose to the ranks of already being called one of the best dramas of the year.  March was all good for me.  I watched three new dramas, a classic drama, a web drama, and a sitcom.  So that’s six dramas this month:

Cheese in the Trap

Cheese in the Trap was an interesting watch that provided a world populated by a variety of unique characters.  It was interesting that the characters have a realness in the way they react to each other and to situations around them, but some of the scenarios were pretty crazy.

Cheese in the Trap highlights why I generally try to avoid behind the scenes issues when watching a drama.  I want to enjoy the story for what it is whether good or bad.  While the story could have been executed a bit better, it was fun and quirky with a dose of melodrama.  It’s world was filled with interesting characters, and it explored some complicated themes.  Overall, I really enjoyed Cheese in the Trap. (Cheese in the Trap Review) 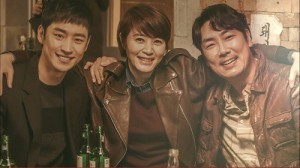 Signal was one of those dramas that blew me away and effortlessly tugged at my heartstrings with it’s brilliant writing and absolutely amazing acting by Lee Je Hoon, Kim Hye Soo, and Jo Jin Woong.  A combination of this along with editing and music easily stirred up all kinds of emotions in me.

Signal did not disappoint in any way and has certainly set the bar extremely high for crime dramas to come.  It’s engaging characters and brilliantly layered story with attention to the smallest details really stands out among others.  Signal is a drama that left quite an impact which I know will be felt for a long time to come. (Signal Review)

One More Happy Ending was a fun little ride.  The first half of the drama has our characters finding themselves in all sorts of crazy situations.  So much to laugh about!  Jung Kyung Ho and Jang Na Ra were about as cute as you can get.

The drama had a nice mixture of fun and serious.  It also had a certain quirkiness that I found very appealing.  It portrayed a wonderful friendship between our four girls, and I enjoyed the variety of relationship issues it explored with each of them.  One More Happy Ending was a great drama all around. (One More Happy Ending Review) 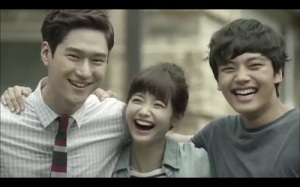 Potato Star is a 120 episode sitcom that I really enjoyed.  I’ve been leisurely watching this drama over the last year and a half, and I finally completed it.  With a sprawling cast ranging from children to elderly, this comedy drama dealt with family issues, romance, and company shenanigans.  It was a very pleasant watch that I always looked forward to.

It’s more laid back and not of the same caliber as the normal kdrama miniseries, but it is a wonderful example of a well done sitcom.  After spending so much time with the characters, you feel like a part of their family, and I find that I already miss them. (Potato Star 2013QR3 Review)

Witch’s Romance was a humorous drama that had a lot going for it.  It did have a few slow spots here and there, and I had a hard time connecting with the main female character.  But I loved the male lead who is your classic nice guy and was about as charming as can be.

I love noona romances in general, and the relationship between Dong Ha and Ji Yeon fit that bill perfectly.  These two had some great chemistry.  The supporting characters were fun and entertaining which definitely helped through the middle stretch.  All in all, it was an entertaining drama.  (Witch’s Romance Review)

This comedy web drama was a nice watch.  It has an over-the-top comedy style that I found quite funny.  We have a cute couple that bickers a lot, and things move along very quickly.  Since there is no time for a lot of filler, you kind of just have to go with the developments between the two.  But they definitely have their sweet moments.

Because of the lack of emotional development, things felt a bit hollow.  I also would have preferred more focus on the couple together rather than on the entertainment company.  But High End Crush was an easy, pleasant watch.  It had a few issues, but was humorous, and I enjoyed it. (High End Crush Review)

Whew!  March was a busy month for me!  Signal wins best drama by far, but I enjoyed every single one of the other dramas too.  So it was definitely a great month!

For the month of April, I hope to complete Moorim School, Madame Antoine, and a couple of others.

So how was March for you?