10 Korean Dramas You Need to Be Watching in January 2016 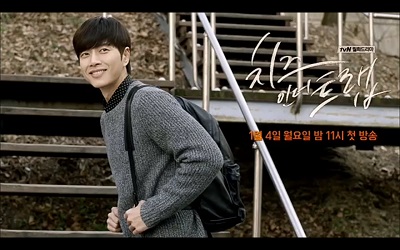 Here is the January edition of “Korean Dramas You Need to Be Watching.” This monthly series is meant to keep you updated on what’s happening in the world of Korean dramas so that you don’t miss out on anything!  January has a lot of new dramas premiering, so let’s get right to it!

Here are the kdramas you need to keep an eye out for in January 2016:

Cheese in the Trap

Cheese in the Trap has been highly anticpated by many fans of the webtoon it is based off of.  It looks like a nice mix between cute comedy and mystery.  I know I’m curious to find out the secrets that Park Hae Jin’s character is hiding.

Cheese in the Trap stars Park Hae Jin and Kim Go Eun and is based off of a popular webtoon which depicts the lives and romance of students on a college campus.  Also in the cast are Seo Kang Joon as the second male lead and Lee Sung Kyung as his older sister.  Park Min Ji and Nam Joo Hyuk will portray our heroine’s best friends.

Cheese in the Trap is scheduled to premiere January 4 on tvN. 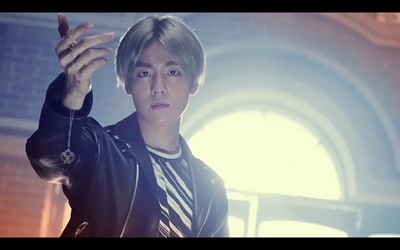 Moorim School is an action romance drama set in a special school that teaches martial arts and emphasizes honor, faith, communication, and sacrifice.  Lee Hyun Woo will play a member of a top singing group who becomes a student at the school after a sharp fall from popularity.  Seo Ye Ji will be our leading lady who is secretly attending the school while taking care of her father.  VIXX’s Hong Bin will play Lee Hyun Woo’s troublemaker roommate, and Jung Yoo Jin is set to play the school chancellor’s daughter.

Moorim School is scheduled to premiere January 11 on KBS2.

One More Happy Ending tells the story of a woman who runs a marriage consulting agency (Jang Na Ra) that helps divorced people who are looking to find love again.  Jung Kyung Ho will play a single dad who is a charming news reporter.  The drama will join our characters on a journey of love and healing.

One More Happy Ending is scheduled to premiere January 20 on MBC.

Madame Antoine tells the story of a fake fortune teller (Han Ye Seul) who  has the ability to read other people’s feelings and a top psychologist (Sung Joon) who is amazing at his job, but is insensitive to love.  The two will be involved in a “psychological game” with each other as they fall in love.

Madame Antoine is scheduled to premiere January 22 on JTBC.

Signal is scheduled to premiere on January 22 on tvN.

Neighborhood Hero tells the story of a former black-ops agent (Park Shi Hoo) who is now a bar owner.  After a spike in crime, he decides to step in and help out as a sort of night time vigilante.  Along the way, he brings in a young man (Lee Soo Hyuk) who has dreams of becoming a police officer, but is unable to pass the exam.

Neighborhood Hero is scheduled to premiere January 23 on OCN.

Remember tells the story of an attorney named Seo Jin Woo (Yoo Seung Ho) who suffers from a condition called hyperthymesia which results in having an autobiographical memory where he can remember everything in extreme detail.  When his father is falsely accused of a crime and sentenced to death, he sets out to clear his name with the help of his childhood friend (Park Min Young).  But then Jin Woo’s excellent memory starts to fade, and it’s a race against time to help his father while he still can.

Reply 1988 is the third installment in the popular Reply series.  It tells the story of five families who live on the same road in 1988.

Sweet Family is based off of the popular Marrying the Mafia films and tells the story of a mob boss (Jung Jun Ho) leading a double life as the head of a crime organization and the caring leader of his family.  Moon Jung Hee portrays his wife, and Jung Woong In is our leading man’s main rival within the organization. 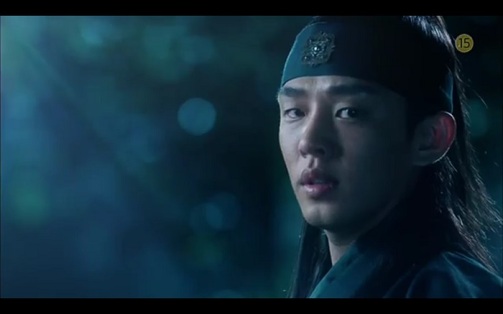 Six Flying Dragons is a historical about the people who were a part of the founding of the Joseon dynasty.  Yoo Ah In plays Prince Lee Bang Won and Shin Se Kyung portrays his love interest Boon Yi.  Kim Myung Min plays a character named Jung Do Jun who is at odds politically with Lee Bang Won.

The sageuk Master of Trade: Inn 2015 is also still underway as well as the 50 episode melodrama Glamorous Temptation.

We have a lot of new dramas to choose from in January.  I like the looks of Cheese in the Trap and Moorim School.  Madam Antoine and One More Happy Ending look quite fun too.

Which dramas are you enjoying or looking forward to in January?

Make sure to get caught up because there are more interesting dramas coming your way in February!

For the latest dramas, check out the
October 2017 Drama Guide