Hidden Identity lured me in with an interesting premise in the first couple episodes.  Agent Min Tae In (Kim Tae Hoon) had been undercover for years trying to bring down the notorious bad guy Ghost when his cover is finally blown.  Now being held prisoner by the bad guys, Cha Gun Woo is sent undercover to locate him.  Gun Woo has a special bond with Tae In and is ready to do whatever it takes to free him.

Minor spoilers from the first few episodes below

I highly enjoyed watching Gun Woo initially get involved in Ghost’s organization.  It presented intense moments where you hoped his cover wouldn’t be blown.  And when Gun Woo does eventually locate Tae In, he runs into a big problem…Gun Woo is ordered to kill him in order to prove his loyalty.  Talk about intense!

Tae In basically forces Gun Woo to shoot him so that his cover will remain intact.  Eventually, Tae In is rescued and survives the gunshot.   At this point, I hoped that Gun Woo would now be able to fully replace Tae In and go deep within the organization to bring down Ghost.  I was wrong.   Gun Woo’s cover is blown shortly thereafter.  Sadly, this is where Hidden Identity ceased to be interesting for me. 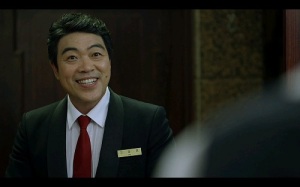 We spend the rest of the drama with our special team going undercover during mini operations in order to bring down Ghost.  For me it felt like the story ground to a halt and took on a very episodic feel.  That wouldn’t have necessarily been bad if the mini missions were interesting or believable.  The police work was shoddy and terrible throughout.  It was really difficult to take it seriously.  Aside from Tae In and Gun Woo’s story, I couldn’t connect at all with the rest of the team and found myself bored for the rest of the drama. 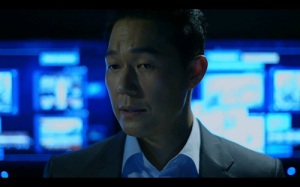 If you can look past the glaring negatives, there is some action and a few twists along the way.  Everything was edited together smoothly, and the acting was wonderful.

For me, all Hidden Identity did was promise a thrilling undercover story in the beginning and then snatch it away just as it was about begin.

How was Hidden Identity for you?  Was it thrilling or was it a let down?