Imitation follows several idol groups including the rising girl group Tea Party and the popular boy group Shax as a member from each group gets involved with each other after a series of incidents.

Jung Ji So plays Lee Ma Ha. She is part of the group Tea Party. She has had bad luck in the industry and had been unable to debut for a long time. That changes when an opportunity comes along as she debuts with Tea Party. 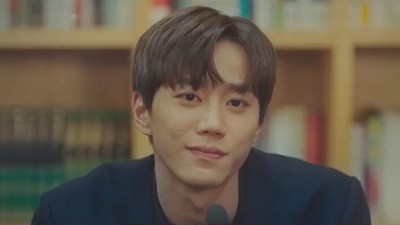 Lee Jun Young as Kwon Ryeok. He is a member of the popular boy group Shax. He’s a bit closed off and went through a rocky period with the group, but now he’s a superstar. Things get a bit complicated for him though when he starts developing feelings for Ma Ha.

Jung Yun Ho is Lee Yoo Jin. He is a member of the boy group Sparkling. He is close friends with Ma Ha, but he actually has long-time feelings for her. Finally, we have Park Ji Yeon as La Li Ma. She is a popular solo singer who likes Ryeok. 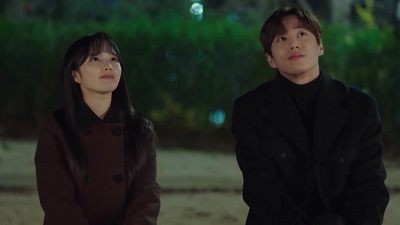 Imitation is a drama I went in to not knowing much beyond the main plot, and that made for some nice surprises. The drama is very easy to watch, and I found myself hooked from the first episode.

I really liked the story of Ma Ha struggling in the industry and finally getting her chance while also having to navigate a relationship with a popular boy group member. I also found Ma Ha completely adorable! She’s sweet, feisty, and a lot of fun. I really enjoyed Jung Ji So’s performance here.

Ryeok is that classic closed off lead who is a bit cold to Ma Ha. At least we get snippets early on of his potential feelings for her. Then eventually, it’s all very clear, and he falls quite hard for Ma Ha. 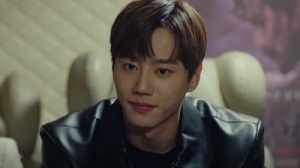 I found this to be a cute couple, but we didn’t get a whole lot of time with them together. I would have preferred them to have more screen time with each other. They face a lot of obstacles both individually and as a couple though, so their story was still entertaining.

We get some added drama with Ma Ha’s friend Yoo Jin sort of competing for her affections and taking on the challenge of trying to top Ryeok. He was definitely always looking out for Ma Ha.

I also quite enjoyed the friendship between the Tea Party members. Ma Ha, Hyun Ji (Im Na Young), and Ri Ah (Min Seo) certainly went through some trials together. They had some internal issues at times, but ultimately, their ups and downs drew them closer. It was nice seeing how they supported each other. 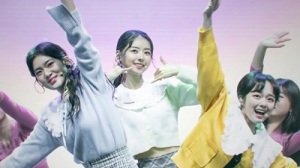 The drama had a mystery element too surrounding the disappearance of one of the members of Shax at the very beginning of the drama. This thickened up the story a bit, added some emotional heft, and definitely allowed for the exploration of some deeper themes, particularly within the entertainment industry, as well as character growth.

The music was pretty good in the drama, though I think it was very underutilized, and it felt like there should have been more group performances. At least the final episode does go all in and gives a great look at all of the groups with some memorable performances. 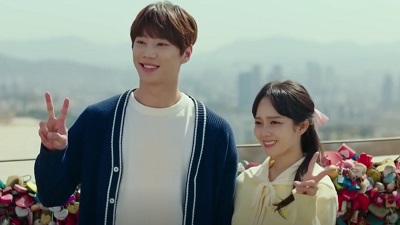 Imitation was a nice drama that I enjoyed. It had some slow spots, but for the most part the pacing was fine. It had a solid story with humor, mystery, romance, and friendship. All around, it was a fun underdog series that was very easy to watch.