Backstreet Rookie is set in a 24 hour convenience store and follows the romance between the awkward store owner (Ji Chang Wook) and a new quirky part time worker (Kim Yoo Jung) he hires as they get to know each other and fall in love. 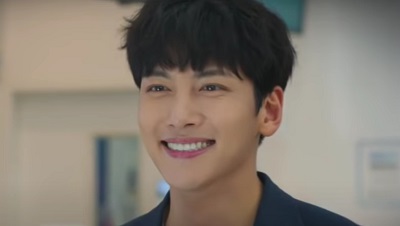 Ji Chang Wook plays Choi Dae Hyun. He’s a kind and awkward sort of guy who runs a convenience store. When he needs help at the store, he ends up hiring a woman he briefly encountered in his past that has a major crush on him. 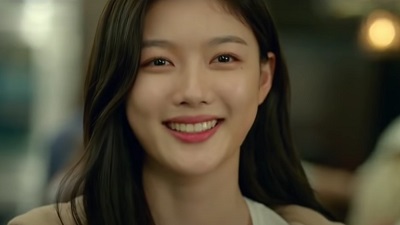 Kim Yoo Jung is Jung Saet Byul. She is a confident and feisty woman with great fighting skills. She only has eyes for Dae Hyun and gets a job working at his convenience store just to be near him. 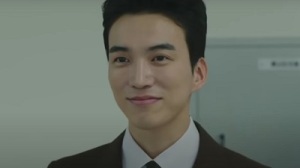 Then we have Han Sun Hwa as Yoo Yeon Joo. She is Dae Hyun’s girlfriend, but the pair definitely have some issues. Finally, there is Do Sang Woo as Jo Seung Joon. He is the head at the corporate office of Dae Hyun’s store. 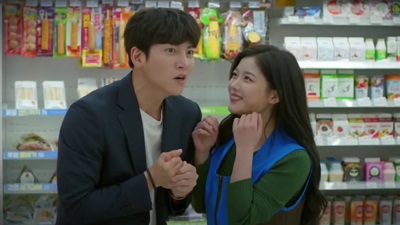 Backstreet Rookie is a fluffy romantic comedy. Not a whole lot happens, but we do get several relationship journeys in the midst of the comedy. This drama really took some serious warming up to for me.

I found the first 4 episodes pretty slow and unengaging. As I mentioned, it didn’t feel like much was happening. Plus, the humor wasn’t really landing for me most of the time which is a necessity for me when the plot is thin.

It took until about episode 5 before I started liking it. The drama sort of grew on me. I still didn’t click with most of the comedy, but I found the main characters quirky and fun and eventually enjoyed their little stories. I didn’t much care for any of the supporting characters though. 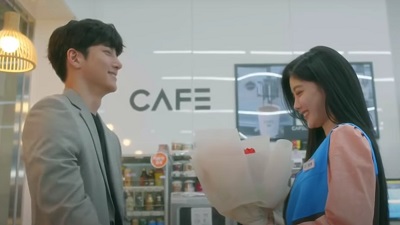 Ji Chang Wook and Kim Yoo Jung are the backbone of the drama for sure. This type of character is Ji Chang Wook’s specialty with his awkwardly charming and sweet personality. And Kim Yoo Jung really brings it with Saet Byul as a feisty and kick-butt woman who doesn’t hold back.

There is a lot of fluff even with them, but the pair are cute together and nice to watch. Then we do get some heartfelt moments as they get to know one another.

Now, this is where my main issue with the drama comes in. Dae Hyun has a girlfriend, Yeon Joo, at the beginning of the drama. While this is common in dramas where the main lead is in a relationship with someone else at first, the couple usually splits somewhat quickly so the focus can shift to the main pairing.

Not so with Backstreet Rookie! Dae Hyun and Yeon Joo are together for a huge chunk of the drama. They have all kinds of issues and much of the main plot revolves around them and all of their misunderstandings.

It kind of felt like a weird reversal where she was the one catching Dae Hyun and Saet Byul in awkward situations where it’s usually the opposite with the main female lead getting the wrong idea about the guy and the second female lead.

Plus, Dae Hyun doesn’t have feelings for Saet Byul during this time. Yes, he cares for her, but he obviously loves his girlfriend. So, I found it near impossible to root for them as a couple in this situation.

SPOILER: Two-thirds of the way into the drama, Dae Hyun and Yeon Joo finally split. Whew! That sure took a while! END OF SPOILER

Eventually, we can easily root for Dae Hyun and Saet Byul as a couple. They continue to be cute, but things never get too swoony or too deep. I would say the individual character stories were more solid and gave more feels.

Saet Byul has a decent backstory that allows for some very emotional moments throughout her character journey. Things do get a bit angsty briefly towards the end of the drama, but the rom-com elements hold firm. 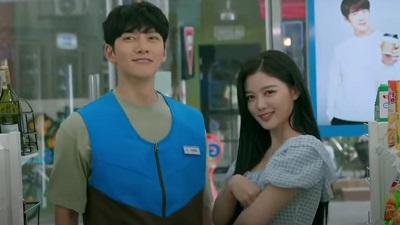 Backstreet Rookie was an okay watch overall. It’s mostly light with the focus on comedy. Our main couple didn’t get to really start their relationship until way too deep into the drama for my liking.

That coupled with the unengaging start, thin plot, and not particularly likable supporting characters just never allowed me to love the drama. It is cute though, and Ji Chang Wook and Kim Yoo Jung played their roles well. It’s a good fit if you just want something easy and fun.