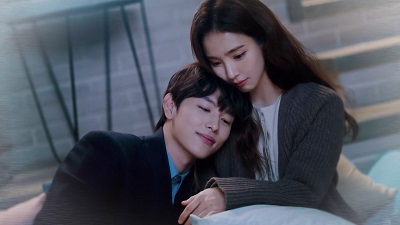 Two more dramas are in for July! One was just okay while the other was pretty nice and pleasant. It was the fantasy romance web drama Scripting Your Destiny and the slice of life romance Run On that I watched this month:

I found Scripting Your Destiny to be an okay watch overall, but that’s about it. The pacing moves swiftly, and it has a pretty good little fantasy story that leans comedic but gets meatier towards the end. The production is decent, but some of the acting was a bit so-so.

It’s a simple and quick watch. I think it’s well done for a web drama, but it wasn’t very engaging me for me. If you like light fantasy romance on the humorous side, this could be a good fit for you. (Scripting Your Destiny Review) 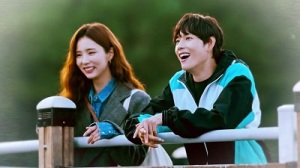 Run On is a slice of life romance with a very pleasant feel to it. It mostly focuses on the characters and their personal journeys as well as their romantic relationships. There is a sprinkling of dramatics throughout, but nothing to crazy. We spend a lot of time going in depth with two separate couples a they learn about each other.

Run On was a pretty solid show. I thought the first half was great and kept me very engaged. The second half did slow down some though. While it was definitely noticeable, I still found found the drama quite pleasant during this time. This isn’t a drama that feels grand, but it goes in depth with its characters, provides nice relationship journeys, and explores a variety of themes. So overall, I was mostly pleased with Run On. (Run On Review)

Greetings! I’m Kay, creator and author of Kdrama Kisses. Kdrama Kisses is dedicated to bringing you the latest in kdrama casting news, drama trailers, reviews, and more. Happy drama watching to everyone!
View all posts by Kay →
This entry was posted in Articles and tagged Im Siwan, Jeon So Nee, kdrama, Ki Do Hoon, Korean Drama, Run On, Scripting Your Destiny, Shin Se Kyung. Bookmark the permalink.