When the Camellia Blooms is a romantic comedy thriller about a single mother (Gong Hyo Jin) who opens a bar in a small town and begins a relationship with a good-natured police officer (Kang Ha Neul) who is trying to catch a serial killer. 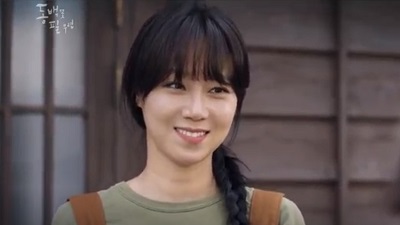 Gong Hyo Jin plays Oh Dong Baek. She is a single mother who moves to a small countryside town and opens a bar. She is kind and warmhearted, but she is a pushover who is frequently misunderstood and is the center of town gossip.

Kang Ha Neul is Hwang Yong Sik. He’s a good-natured and lovable police officer who tends to act before he thinks, which has gotten him into some trouble over the years. He falls head-over-heals for Dong Baek at first sight and is determined to win her heart.

Next is Kim Ji Suk as Kang Jong Ryul. He is Dong Baek’s ex-boyfriend and the father of her child, which was unknown to him. He brings back old memories and complicates things when he suddenly comes back to town.

I was pretty hesitant going into When the Camellia Blooms. I knew it was a hit with fans both in South Korea and internationally, but I’m so picky with more simple dramas like this. But thankfully, I loved it!

This drama is so incredibly heartwarming, and the story is populated with so many quirky and interesting characters. I absolutely loved those first few episodes where we got to see Yong Sik being all kinds of adorable in his pursuit of Dong Baek. He was so determined but in a sweet way. He made me laugh so many times.

And I can totally see why they chose Gong Hyo Jin for this role. She seems so natural as she plays these realistic and slightly awkward characters. Her mannerisms are just so spot on.

The town is then filled with so many great supporting characters including the gossiping women, the man vying for Dong Baek’s attention, that man’s wife who is onto his games, the woman always looking to get money, Yong Sik’s mother, as well as Dong Baek’s son and mother. Talk about a wonderful group! 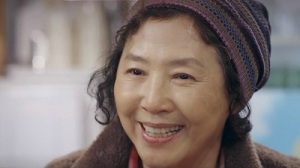 There are lots of little story lines going on and plenty of relationships to explore. The main relationship between Yong Sik and Dong Baek is all I could ask for in a romance. It’s super cute to watch develop, and I just loved how awkward it was. That makes it so fun. They were also very straightforward with each other with the relationship feeling so natural despite the awkwardness.

Yong Sik’s heart was so pure towards Dong Baek. He went all in for her and her son. He did all he could to protect her while at the same time listening to her wants and needs and respecting her. Their relationship was so tender and sweet.

We explored Dong Baek’s relationship with her ex Jong Ryul and how everything effected their son. I have to say, I really felt bad for Jong Ryul. Sure, he was selfish and did some wrong things, but this guy was just pitiful!

He didn’t know he had a kid and wanted to find a way to be part of his life, but he was trapped in an unhappy marriage, and then Dong Baek didn’t want him around at all. Jong Ryul was really struggling to figure out how to do the right thing, and he was so sad all the time and was just plain miserable.

There were several parent/child relationships going on too. They explored quite a few interesting topics including how much a parent would do for their child. There were also the more strained relationships such as an unhappy married couple as well as other struggling people. 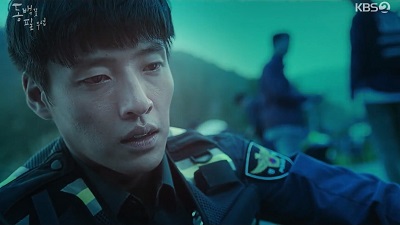 Then we have a nice dark side to the drama with a small town serial killer lurking around. That added in some nice thrills and a mystery to spice up things up a bit. It builds up as the drama progresses and provides some very intense moments, particularly in the latter third. I thought it was worked into the story nicely without detracting from the charms of the drama. The overall tone was balanced wonderfully.

At its heart, When the Camellia Blooms is a feel good drama though. I laughed so much and loved these characters. This is one of those times where I got really comfortable with them and this little town and just enjoyed spending time with them.

They also experienced many sorrows, and the show tackled many real life issues from the many different kinds of relationship problems, to sexual harassment, to how society harshly judges people. These topics were worked in well and never felt preachy. Everything experienced felt genuine and relatable in many ways. 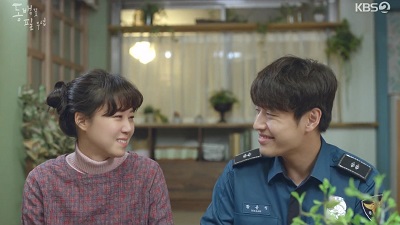 When the Camellia Blooms is a simple drama in many ways with its focus on the characters and their relationships. Yes, it had the mystery surrounding the serial killer, but that felt like more of a subplot for the bulk of the drama. And this is a prime example of how a simple story like this can be just exciting as any more complex series or an action drama.

The show is written incredibly well, and it handled everything so beautifully. It peeled back the layers of the characters and their stories in just the right manner for maximum impact. It also dropped small hints at a variety of things early on and then tied everything together later in very satisfying ways. It pulled on all kinds of heartstrings!

I was thoroughly invested in these characters and their lives, so their experiences captivated me. This drama held my attention and charmed me from start to finish. What a lovely surprise it was!

18 Responses to When the Camellia Blooms Korean Drama Review