Kill It is a crime thriller that follows the story of a man (Jang Ki Yong) who becomes a skilled contract killer while in search for answers about his past and the detective (Nana) who is in pursuit of him. 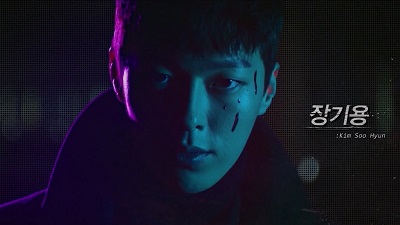 Jang Ki Yong plays our silent assassin Kim Soo Hyun. He was an orphan who ended up being raised by a contract killer that trained him to do the same. As an adult, he takes on a job as veterinarian as a cover as he searches for answers about his past.

Nana is Do Hyun Jin. She is a detective who is calm, collected, and good at her job. She also has a very big heart and suffers from a traumatic past. An investigation into a series of murders leads her to Soo Hyun as well as a mysterious connection between their pasts.

Then we have Noh Jung Eui as Kang Seul Gi. She is an upbeat girl with her own traumatic past that has been taken in by Soo Hyun.

Well, Kill It was…an interesting experience. I’m pretty picky with my crime thrillers and mostly checked this one out because of the positive fan reaction. Sadly, it ended up not really being my cup of tea though.

On the plus side, the show is very serialized which was a positive for me. It starts off strong with an engaging opening episode that introduces us to our lead, Kim Soo Hyun. As a contract killer with a heart, he was a fascinating character. He always has this look that makes you wonder what is going on behind those eyes. He was so quiet and stoic though that I had trouble really connecting with him and found him a bit bland.

He was still pretty easy to sympathize with since he was brought up in that lifestyle as a child and then always maintained a certain moral code in his dealings. Then we peel back the layers to his mysterious past, and it’s just all the more sad. Jang Ki Yong does these darker characters well. 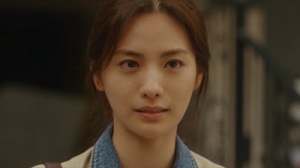 Nana also put in a great performance. She had a wonderful mixture of being strong and capable with a soft, warm side that made her easy to connect with. Her character has a very complicated story.

The way the drama is laid out during the first few episodes presents things in a very matter of fact way. We are kind of dropped in the middle of what’s going on and left to try and connect the dots as to how everything fits together.

There were so many questions as to how things were connected that you just kind of have to go with it until the answers come. As the series progresses, it was a bit difficult to follow because so many names are dropped. Combining that without a lot of context made things confusing at times. 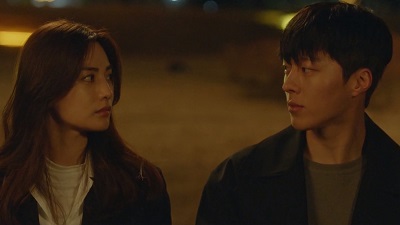 I mostly found the show to be on the slow side too. I hoped what I had heard about the series improving in the second half would be true. On one hand, things definitely come together better in the second half. All of the pieces begin to fit together, and we finally get some answers.

It then becomes more of a catch the bad guy situation. There’s also a bit of a cat and mouse situation between Soo Hyun and Hyun Jin since she doesn’t know he’s a killer. During this time they also grow closer as they explore their shared past.

Honestly, by the time everything really started coming together, the drama was two-thirds of the way through, and I had kind of lost interest. The story seemed to kind of drag along, and it didn’t feel like much was happening. I mostly hung around since it was a shorter series at 12 episodes.

For being a crime thriller, I found Kill It to not be very thrilling. I never got very emotionally invested in the show, the overall tone just didn’t illicit many feels, and the story execution was lacking. The production quality was very good though, and the series looked terrific.

There are some good action scenes too as well as a decent mystery that deals with some very dark subjects. Despite the dark subject matter, the show wasn’t overly violent or gory which I appreciated. While this show didn’t exactly work for me, it definitely had its positive elements, and fans of the genre might want to check it out.

Greetings! I’m Kay, creator and author of Kdrama Kisses. Kdrama Kisses is dedicated to bringing you the latest in kdrama casting news, drama trailers, reviews, and more. Happy drama watching to everyone!
View all posts by Kay →
This entry was posted in Reviews and tagged Jang Ki Yong, kdrama, Kill It, Korean Drama, Nana. Bookmark the permalink.