10 Korean Dramas You Need to Be Watching in November 2019

We’re moving closer to winter now, so we need those dramas more than ever to keep us company on the cold nights. We’ve got a really great variety of shows premiering this month, so plenty to keep things exciting.

Let’s see what we have to look forward to in this November 2019 edition of “Korean  Dramas You Need to Be Watching.”  This monthly series is meant to  keep you updated on what’s happening in that amazing world of Korean dramas so that you don’t miss out on anything!

Here are the kdramas you should keep an eye out for in November 2019:

A Yoon Shi Yoon drama is always a must watch for me, so of course, my pick for the month is Psychopath Diary. I can completely picture him in this role, and it sounds perfect for showcasing the wide range of his acting abilities. I’m also excited to see how his pairing with Jung In Sun goes since I really enjoy her too.

Psychopath Diary is about a company man (Yoon Shi Yoon) who witnesses a murder by a serial killer but loses his memory after he gets in an accident. When he wakes up, he doesn’t remember who he is and finds the serial killer’s diary in his hands which leads him to believe he is the killer. The police officer (Jung In Sun) who caused his accident works with him to find the truth.

Psychopath Diary is scheduled to premiere November 20 on tvN.

Love With Flaws is a romantic comedy about a man (Ahn Jae Hyun) obsessed with looks and a woman (Oh Yeon Seo) that hates flower boys who work together to fight prejudice towards people with flaws.

Love With Flaws is scheduled to premiere November 27 on MBC.

Chocolate follows the romance between a top chef (Ha Ji Won) and a neurosurgeon (Yoon Kye Sang) as they provide food at a hospice and heal from their pasts.

Chocolate is scheduled to premiere November 29 on JTBC.

Chief of Staff 2 focuses on people who control the world from behind the scenes and is about a political advisor (Lee Jung Jae) who is rising in power and a female politician (Shin Min Ah) who is attempting to break through the glass ceiling.

Chief of Staff 2 is scheduled to premiere November 11 on JTBC.

Never Twice follows the story of a variety of long-term guests at the Paradise Inn.

Never Twice is scheduled to premiere November 2 on MBC.

Leverage is about a former insurance investigator (Lee Dong Gun) that heads up a group of con artists that scam corrupt rich people.

Everyone’s Lies is about a woman (Lee Yoo Young) whose father dies and then her husband suddenly disappears which results in her joining the National Assembly in order to find him with the help of a detective (Lee Min Ki).

Catch the Ghost is about a rookie detective (Moon Geun Young) on a subway police team with a sixth sense and her police chief (Kim Sun Ho) who is always trying to clean up after the trouble she causes.

Catch the Ghost airs Monday and Tuesday on tvN.

VIP is an office drama tells the story of a group of people at a department store who manage VIP clients as well as their secrets. Starring Jang Na Ra and Lee Sang Yoon. 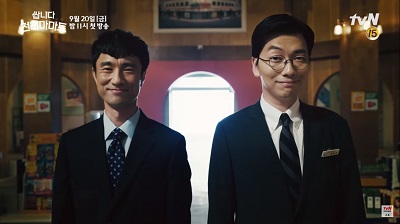 Pegasus Market is about employees trying to save their failing store as they go up against their boss (Kim Byung Chul) who wants to ruin the store.

AND SO YOU’RE UP TO DATE,
OTHER DRAMAS THAT WILL BE ENDING IN NOVEMBER: 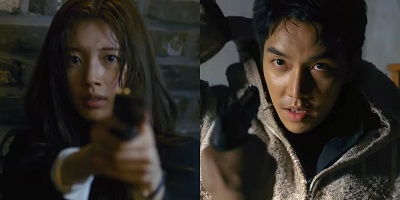 Vagabond tells the story of an stunt man (Lee Seung Gi) who ends up in the midst of political intrigue as he tries to expose national corruption during a plane crash investigation with the help of a NIS agent (Suzy). 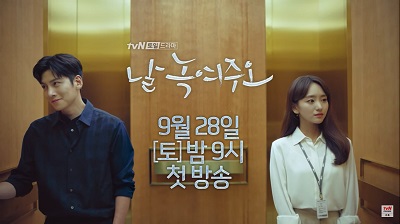 Melting Me Softly is a romantic comedy about a variety show PD (Ji Chang Wook) and a part time worker (Won Jin Ah) at a broadcast station who were involved in a project where they were supposed to be frozen for 24 hours, but they instead wake up 20 years later.

Melting Me Softly airs Saturday and Sunday on tvN.

My Country is set during the tumultuous period at the end of the Goryeo era and follows the story of two friends, one being the son (Yang Se Jong) of a powerful general who can’t stand injustice and one (Woo Do Hwan) who wants to pass the military service exam but meets challenges because of his background, as they try to protect their country with the help of a woman (Seolhyun) who is unhappy with its corruption.

My Country airs Friday and Saturday on JTBC.

The Tale of Nokdu is about a man (Jang Dong Yoon) who disguises himself as a woman to live among a community of women so that he won’t have to get married and a hot-tempered woman (Kim So Hyun) who is reluctantly training to be a gisaeng.

The Tale of Nokdu airs Monday and Tuesday on KBS. 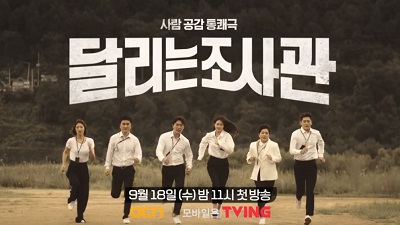 Running Investigators follows the story of employees in the Human Rights Commission as they investigate human rights violations. Stars Lee Yo Won and Choi Gwi Ha.

Flower Crew: Joseon Marriage Agency is about a king (Seo Ji Hoon) who asks the Flower Crew dating agency to protect his first love (Gong Seung Yeon), so they help transform her from a peasant into a noble woman.

When the Camellia Blooms

When the Camellia Blooms is a romantic comedy thriller about a woman (Gong Hyo JIn) who gets involved with a good man, a bad man, and a cheap man.

When the Camellia Blooms airs Wednesday and Thursday on KBS. 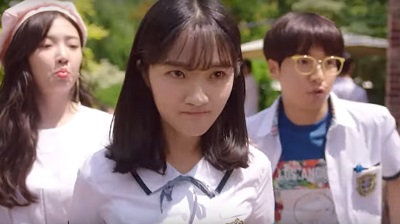 Extraordinary You is based on a webtoon and is a fantasy romance about students that learn they are characters in a comic and decide to attempt to go against the plot. Starring Rowoon and Kim Hye Yoon.

Extraordinary You airs Wednesday and Thursday on MBC.

Miss Lee follows the story of a woman (Hyeri) who started at the bottom of a company and rose to become the CEO while trying to save it.

Secret Boutique is about the complex owner (Kim Sun Ah) of a boutique who wields a lot of power as she helps the upper class and is a political lobbyist.

What dramas are you looking forward to or enjoying in November?