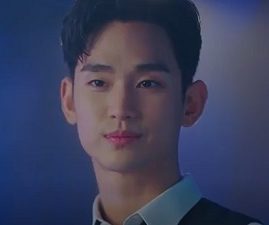 It looks like Kim Soo Hyun (Producer) is considering his first post-military drama. He has been offered the starring role in the new Korean drama Psycho But It’s Okay. Psycho But It’s Okay is a fantasy romance that tells the story of a health worker in the psychiatric ward whose fate becomes intertwined with an anti-social writer as they fall in love.

Kim Soo Hyun would play our health worker who is handsome, intelligent, and sympathetic. He recently made a cameo in the popular drama Hotel Del Luna, but if he accepts, this would be his first lead role in a drama in 5 years. The series comes from the writer of Jugglers and the PD of Encounter.

Psycho But It’s Okay is looking to air in the first half of 2020 on tvN.

Greetings! I’m Kay, creator and author of Kdrama Kisses. Kdrama Kisses is dedicated to bringing you the latest in kdrama casting news, drama trailers, reviews, and more. Happy drama watching to everyone!
View all posts by Kay →
This entry was posted in News and tagged kdrama, Kim Soo Hyun, Korean Drama, Psycho But It's Okay. Bookmark the permalink.