When the Devil Calls Your Name Korean Drama Review 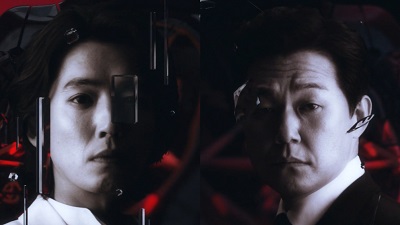 When the Devil Calls Your Name is about a star music composer (Jung Kyung Ho) who sells his soul to the devil (Park Sung Woong) to gain fame and youth. But when the time comes to keep his end of the bargain and he finds out a woman’s (Lee Seol) talent was stolen for him, he is left desperately trying to save them both.

Jung Kyung Ho takes on the role of Ha Rib. After struggling all of his life to make it in the music industry, he grows weary and desperate. So when the devil presents him with an offer to get success in exchange for his soul, he decides to take it. He’s in for a rude awakening though when his contract comes up and he fully realizes what he has done.

Park Sung Woong plays the devil who has taken over the human body of the popular actor Mo Tae Kang. As you would expect, he’s slick with a temper, and always looking to make a shady deal that benefits him. 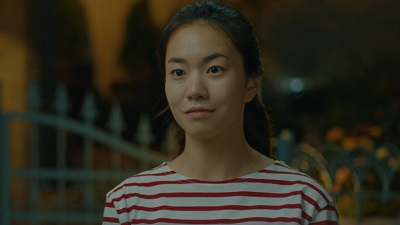 Next we have Lee Seol as Kim Yi Kyung. She’s a hard-working, aspiring singer, but a difficult life has made that dream impossible. She gets a glimmer of hope after meeting Ha Rib, but little does she know just how much influence he had on her life as well as her future. 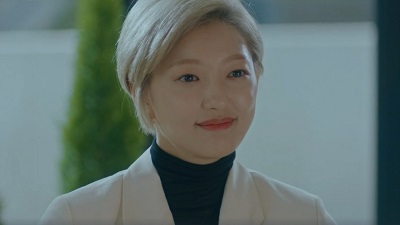 Finally, Lee El is Ji Seo Young. She works with Ha Rib and was once in a serious relationship with the human Mo Tae Kang. When Mo Tae Kang shows back up in her life, old feelings resurface, and she is left confused by how completely different he seems to be.

The premise of When the Devil Calls Your Name had me intrigued early on with its inspiration coming from the classic literary work Faust. Nothing like a good selling your soul to the devil story to really up the stakes.

The first few episodes set up the story well and give a good idea of the stakes involved. I did find the tone a little odd though as it fluctuated between being serious and comedic. I kind of wish the drama as a whole would have veered more to the serious side, but the comedy was still fun. 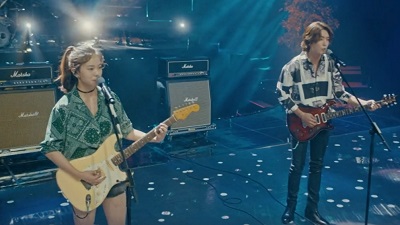 This drama was interesting for me in that it really was an excellent series, but I found the pacing to be a bit slow. The script was really good with a story, characters, and production that were all wonderful. So it was great to see all of those elements come together nicely.

It just seemed like it took a while for things to happen in the drama. They were definitely happening, it was just the space in between the big events took its time. Luckily, there were consistent plot developments throughout and nice reveals to keep things interesting. 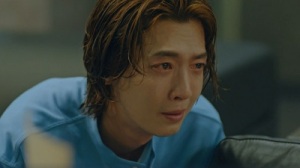 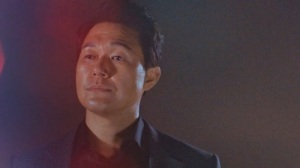 I really liked how the characters’ back stories were slowly peeled back layer by layer to reveal more about them and what led them to where they were. It brought forth wonderful insights into who they were as well as enhancing the present story at the right moments. The story as a whole was just executed really well.

I also have to mention the absolutely amazing soundtrack for this show! It’s the best one I’ve come across this year. Not only were the songs themselves fantastic, but they were also perfectly utilized within the drama to maximize the emotional impact of events happening to the characters, especially because the characters themselves sing most of the songs. You don’t see an OST executed this well and with so much intention that often, and it definitely enhances the experience for the audience.

We had two powerhouse actors headlining this one with Jung Kyung Ho and Park Sung Woong. They didn’t let me down and gave fantastic performances. They each have their own unique charms and are able to do comedy and then deliver incredibly intense emotions in the more serious scenes. Putting them together was just something else!

The characters of Ha Rib and the Devil have quite an odd relationship. There is a lot of control and manipulation on the Devil’s end while Ha Rib experiences fear and frustration. But in the process of making deals, they end up sort of working with each other at times.

Sometimes their relationship was even quite humorous with a touch of bromance. Of course, that doesn’t last as the story progresses and things get a whole lot more serious between the duo with Ha Rib’s life on the line.

I also really enjoyed our female lead Lee Seol who I saw for the first time here. She completely held her own and also brought a very powerful performance. I loved her natural innocence that was coupled with strong determination.

Yi Kyung really got a bad deal in life, thanks in part to the Devil and Ha Rib. She does her best to overcome life’s challenges, and she really is a special woman with a heart of gold. Which made it all the worse to see Ha Rib and the Devil lead her down a path that could destroy what makes her such an amazing woman.

The tension builds up quite nicely in the last third of the drama. The stakes are as high as they can be for everyone as they are caught in the middle of issues between the Devil and God. There are tears, heartache, and a whole lot of emotions to deal with as everyone comes to terms with reality and what brought them to that point. It was something to see play out, and the ending was quite satisfying.

When the Devil Calls Your Name was really well done. Although it had a distinct slowness throughout, the script, the acting, the production, and the soundtrack were all top notch. It’s fairly unique with it interesting mixture of genres, and that made for a mostly entertaining watch.