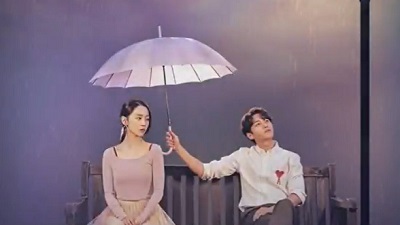 Angel’s Last Mission: Love is a fantasy romance about a trouble-making angel (L) that is given the mission of helping a blind heiress (Shin Hye Sun) find love after she lost her dream of being a ballerina so that he can return to heaven.  The problem is he soon falls for her himself.

On to Angel’s Last Mission: Love! This fantasy romance had me intrigued early on with its premise of an angel helping a woman with an icy heart find love. Not to mention I really like both L and Shin Hye Sun.

Shin Hye Sun is Lee Yeon Seo. She was a talented ballerina who lost her eye sight after an accident. This has left her cold and temperamental. She also doesn’t trust anyone which is shown by the less than nice way she treats everyone around her, including her family.

L plays our troublesome angel Kim Dan. He tends to break heavenly rules to help others, but his heart is always in the right place. After he really messes up, he is tasked with a final mission of helping Yeon Seo find love. That starts as a challenge, but then things take an unexpected turn as he develops feelings for her.

Then we have Lee Dong Gun as Ji Kang Woo. He is brought in to run the ballet company Yeon Seo was a part of. He has a mysterious long-time obsession with her and wants to see her return to dancing more than anything. 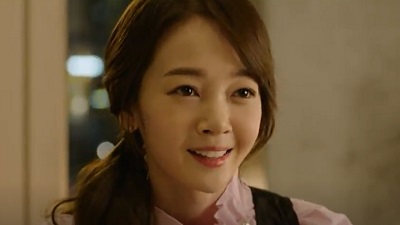 Finally, Kim Bo Mi plays Geum Ni Na. She is Yeon Seo’s cousin and is also a ballerina, but she has always lived in her shadow. She has a lot of self-esteem issues combined with a family that is riddled with all sorts of problems.

Angel’s Last Mission: Love drew me in with its fantasy romance story. I’m always up for fantasy, and that element was heavily incorporated into the story. Then you throw in a nice melo romance, and I’m pretty much in. Plus, I liked the cast a lot.

I tend to really enjoy L and have liked his more intense performances in the past. He got to be quite a bit more fun and animated in this role, at least initially, which was a nice change. His faces were hilarious! But we do still get the intensity as the drama progresses. Dan goes through a lot a lot of heartache, and L really packed an emotional punch.

There are also several really nice songs on the soundtrack for the drama that really enhance the mood including one gorgeous ballad by L. It really added to the impact of what Dan was going through since it was sung by him.

Shin Hye Sun is also someone who has impressed me with her acting abilities in the past, and this was no different. She is very intense which was necessary for the character of Yeon Seo. Also crucial was that she perfectly showcased Yeon Seo’s icy side but was still able to show her pain and vulnerability underneath. She too goes through so many struggles, but even in her vulnerability, she remains strong.

The set up episodes for Angel’s Last Mission: Love were very impactful and pulled me in quickly. I also really liked that ballet was focused on in the drama as it’s a pretty unique backdrop that is lovely to watch.

I did find that after the initial set up, things did slow down a bit for me for several episodes though. I still liked it, but it lacked the same punch. Luckily, things quickly improved as we got deeper into our story and the stakes really ramped up for our couple.

Both Dan and Yeon Seo have pretty tragic back stories which were both nicely explored. They really helped explain the characters and give their present interactions a lot more weight. These stories were interwoven nicely through the drama for a strong impact.

God really comes off as a sort of unseen antagonist in this drama as he is firm in his rules and harsh in his punishments when those rules are broken. Dan is left to grapple with his forbidden feelings of love for Yeon Seo and has a difficult time handling the situation.

He wants to show her his love, but he knows that would lead to his destruction which would in turn cause her more pain. He struggles with how to handle things and endures a lot of suffering.

Dan and Yeon Seo’s love story is very touching as a whole. We’ve got the forbidden love aspect combined with some very raw emotions. Yeon Seo is very much in need of healing, and Dan helps to open up her heart. But Dan was also not ready for how much his love for her would encompass him.

It takes a while for the pair to truly come together, but when they do I was all about it! They have so many hurts to deal with and then so many obstacles to overcome in order to be together. This drama gets quite angsty in the latter part as our couple becomes desperate to be together and to make sure the other one is happy…and makes it out alive.

I just ate up everything about their passionate love for each other! My heart felt their pain and longing, and I too wanted them to somehow find a way for God to allow them to be together and live happily.

Dan and Yeon Seo plead and plead with Him to answer their prayers, but they seemed to be constantly ignored. They struggled to understand why God wouldn’t allow them to simply be together, and we as the audience are also left wondering that too.

Can’t God make an exception? Is their love so bad? Is there some other grand plan for this couple? We really don’t know. God seems to remain firm for all of the drama as other angels who break rules are destroyed, and Dan and Yeon Seo continue to suffer and be ignored while God seems to be mysterious and just does what he wants. 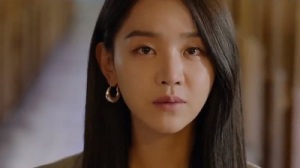 In the end, God does forgive Dan but initially requires him to stay an angel and be apart from Yeon Seo. We don’t really get a concrete answer as to why Dan has to leave (aside from the staple time skip required by most kdramas…gotta get it in there).

But we do see that Dan’s love remains firm as he stays by her side even though she can’t always see him, and that she attempts to go on with life but is miserable in missing him.

God then ultimately grants their wish, and Dan becomes human and returns to Yeon Seo. My heart was all over the place watching this couple. It was a hard fought road to get there, but Dan and Yeon Seo did get their happy ending. Whew! I needed that for them!

In the end, Angel’s Last Mission: Love really won my heart. We’ve got interesting characters with rich back stories, a bit of mystery, and a forbidden romance. I loved the angsty and desperate love that Dan and Yeon Seo experienced and completely felt their joy and sorrow.

This is the kind of romance story I would like to see more often because it allowed me to be completely invested in the couple by focusing so strongly on them and their amazing love story.