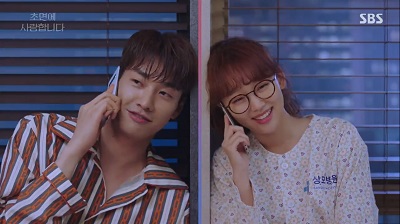 It was three dramas that I completed in July, and it was a great month since they were all pretty fun! It was the fantasy crime drama Abyss, the office romantic comedy The Secret Life of My Secretary, and the robot romantic comedy Absolute Boyfriend that I enjoyed for the month: 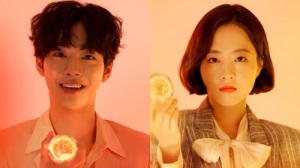 Abyss was a pretty fun watch despite its flaws. I liked the fantasy body changing concept to spice up a crime story. The show had an interesting mystery, multiple villains, and some intriguing dynamics between the characters.

The overall execution of the story was lacking with the rules of the magical orb being a bit wishy-washy. The pacing was good though with a few plot twists. The romance between Ahn Hyo Seop and Park Bo Young developed in a natural way, and they turned out to be pretty cute together. All in all, a pretty solid watch. (Abyss Review)

The Secret Life of My Secretary

The Secret Life of My Secretary was a wonderful surprise! We get a light and fun romantic comedy that has a nice little mystery on the side. The drama also had an older feel to it which I loved.

The Secret Life of My Secretary was just such a fun series. It won me over right from the start and held my attention all the way through. The show was cute, funny, thoughtful, and delivered plenty of heart. Kim Young Kwang and Jin Ki Joo were wonderful in their roles, and I was invested in their relationship from the beginning. A great series overall! (The Secret Life of My Secretary Review) 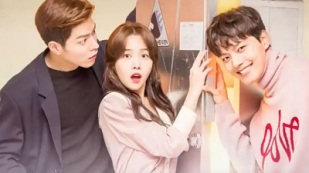 Absolute Boyfriend is a pretty simple drama that’s mostly cute fluff. It has a more laid back pace that I would normally find slow, but in this instance I found it quite cozy because I loved the characters and the atmosphere. I really enjoyed its focus on relationships.

I also liked that issues of humanity and the complexities of a human/robot relationship were explored. I loved watching the relationship between Yeo Jin Goo and Minah develop. They were cute, loving, and had to endure a lot of hardships. And Yeo Jin Goo was super adorable in this drama!

Absolute Boyfriend is best viewed with the right set of expectations. Don’t expect anything too grand, don’t take it too seriously, and just go with the flow for what is a simple but cute series with some relationship angst and a touching journey of a robot trying to find his humanity. (Absolute Boyfriend Review)