Triangle is a 2014 drama about three brothers who are orphaned and then separated from each other. They grow up not knowing each other while living very different lives with one as a detective (Lee Bum Soo), one as a thug (Jaejoong), and one as a wealthy heir (Im Siwan). Circumstances lead them to be pitted against each other as rivals.

I was in the mood for an older drama of the crime melo variety which is what led me to Triangle. It was an interesting journey for sure, and for for the most part, was just what I was looking for. 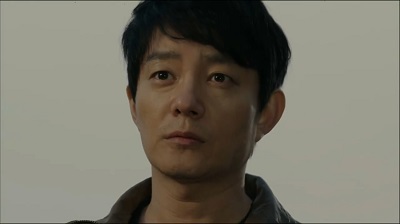 Jang Dong Soo (Lee Bum Soo) is the eldest brother who grew up to become a detective. He remembers his brothers from when they were kids but has not been able to locate them which causes him a lot of pain. The unjust death of their father leads him on a mission to take down the gang leader Go Bok Tae.

Heo Young Dal/Jang Dong Chul (Jaejoong) is the middle brother and has no memory of his family. He grew up on the streets and became a thug. He also loves to gamble and gets himself into a lot of trouble. But eventually, he sets a plan in motion to gain power and get revenge on those who wronged him.

Yoon Yang Ha/Jang Dong Woo (Im Siwan) is the youngest brother who also doesn’t remember his family since he was a baby when he was adopted into a wealthy family. He is the heir to a casino empire and is caught off guard when he is thrust into his family’s questionable tactics to maintain their power.

Oh Jung Hee (Baek Jin Hee) is a poor woman who works as a casino dealer to support her family. She gets involved with Young Dal and Yang Ha which lands her right in the middle of a dangerous love triangle.

We also have Hwang Shin Hye (Oh Yeon Soo) as a profiler who is a close with Dong Soo as well as the powerful gang boss Go Bok Tae (Kim Byung Ok) who is partly responsible for the death of the brothers’ father. 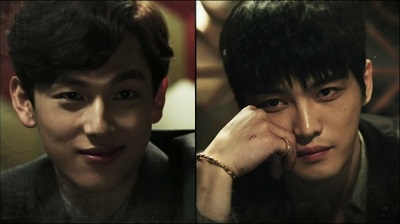 Triangle is a drama that had some definite pros and cons for me, but ultimately, it worked out well. This is the kind of show that takes ample time to set everything up. I would say it took about 5 episodes to really get a feel for the characters and their stories and then to maneuver them into place for what would be the main focus of the story.

I found this building period both good and bad. The bad was that it felt kind of slow during this time which is never a great thing. But the good was that I was immediately intrigued by the three brothers and seeing how very different their lives were from each other.

The one I gravitated towards the most was Young Dal since I found his story the most interesting. He’s a rough around the edges type of man, yet he has a certain friendly charm. Plus, he’s just entertaining and good at finding trouble.

Yang Ha got the least amount of screen time during this period which was disappointing since I was pretty interested in his story too. Then I initially had a lot of trouble connecting with the oldest brother, Dong Soo. I just wasn’t loving his character and found him kind of boring. Thankfully, that improved later on.

Despite there being things I liked, I probably wouldn’t have stuck around if this were a more recent drama. The fact that I love the atmosphere, the music, and the way stories were told during this time period always ramps up my nostalgia and just makes me happy because of how it feels tonally. So I stuck around. And I’m glad I did.

Once everything is in place, things really start to pick up as our brothers become pitted against each other, and all three of them end up right in the middle of this dangerous game.

It was interesting to see how they would sometimes be enemies and at other times be aligned together. This is where them not knowing they are brothers really adds that extra juicy layer to the situation. 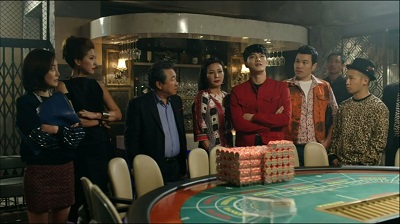 A large part of the plot revolves around the world of high stakes gambling. Now that’s not a topic that I’m a huge fan of, but I did find it fairly interesting in this case. The stakes are always so high for our characters with huge sums of money being won and lost in an instant. Then each of the brothers become heavily involved with the casino happenings, so that was solidly integrated into the plot.

And Young Dal’s story continued to be the most entertaining to watch. He starts out as a nobody on the streets and then works his way up to a position of power where he can really take on his enemies. It’s a great transformation to see. 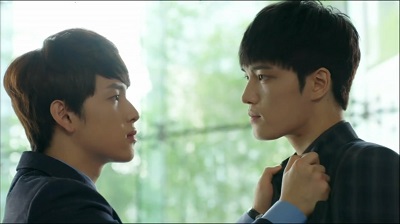 It was a bit conflicting though since I was rooting for him to take down the true villains who were responsible for his father’s death, but his own brother Yang Ha was aligned with them.

Yang Ha had no idea of his connection to Young Dal or that his adoptive father was the one responsible for murdering his real father. The poor guy was clueless, and that left him as a major antagonist and enemy of Young Dal and Dong Soo. 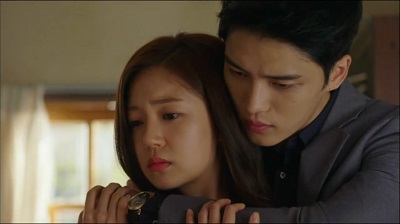 We do have a bit of a love triangle involving Young Dal, Jung Hee, and Yang Ha. But it’s one of those where the clear pairing is Young Dal and Jung Hee. Yang Ha is always on the outside fueled by jealousy and using that as one of his reasons to take down Young Dal.

In the midst of that, we do get a nice little romance between Young Dal and Jung Hee. Despite his reputation of being a thug, she looks past that and sees that he is a good man. Of course, she doesn’t know the full story of everything he is involved in, but she really sticks by him through a whole lot of trouble.

Yang Ha’s story becomes progressively more interesting and prominent as the drama goes on. Though he can be stubborn and obsessive, he’s actually quite a pitiful person. He received no affection from his adoptive father since he was only adopted to become his heir.

Yang Ha knew this and lived in fear of being thrown away if he didn’t live up to expectations. This left him with depression and a panic disorder. He takes a liking to Jung Hee because of her warmth, but even she isn’t interested in him. This along with Young Dal and Dong Soo’s revenge plans builds up his rivalry with his unknown brothers.

It was incredibly sad to see his story play out. He was lonely his whole life and never received love. Then when he finally had two brothers show up, he didn’t know how to process it.

He remained conflicted as he was torn between the life he knew with his adoptive father and the brothers he had never known showing him they care. And tragically, he dies in this state. Sure, he was able to show some affection towards his brothers in his final moments, but his entire story was just so sad.

Now one thing I was really disappointed with in this show was how the big reveals were handled. With such huge secrets in play like the guys not knowing they were brothers, you would think the reveals would have all kinds of build up and be really dramatic. But mostly the secrets were revealed pretty straightforwardly.

SPOILERS Shin Hye ends up being the person who is connected to all three of the brothers, and her main part in the story is putting the pieces together. She did the digging, found out the truth each time, and then delivered the message in a pretty calm and direct manner. END OF SPOILERS Don’t get me wrong, the guys learning the truth one at a time was still very good, but with big secrets like this, I was just hoping for more fireworks in the drama.

Though Triangle was slow at times and got a bit heavy with the business politics later on, it ultimately delivered an interesting story with high stakes, power plays, brother against brother, and even a little romance. There was plenty of angst and heart-wrenching secrets that made it a good crime melo which left me pretty happy.