10 Korean Dramas You Need to Be Watching in April 2019 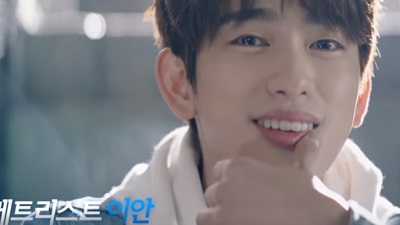 We’ve got a nice selection of dramas heading our way in April from rom-coms to crime to melo.  Let’s see what we have to look forward to in this April 2019 edition of “Korean dramas You Need to Be Watching.”  This monthly series is meant to  keep you updated on what’s happening in that amazing world of Korean dramas so that you don’t miss out on anything!

Here are the kdramas you should keep an eye out for in April 2019: 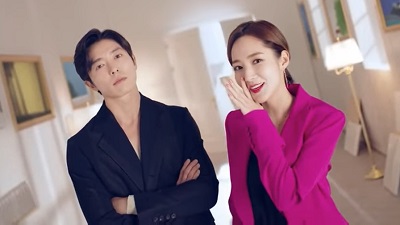 Park Min Young is back with a new drama in a role that looks like a perfect fit for her. And joining her is Kim Jae Wook who I am glad to be seeing in another rom-com. This drama looks like it has the potential to be a lot of fun!

Her Private Life is a romantic comedy about an idol fangirl (Park Min Young) who has been passionate about her idols for many years. She works as a curator at an art museum and tries to hide her fangirl side, but her secret becomes in jeopardy of being exposed after a new director (Kim Jae Wook) arrives.

Her Private Life is scheduled to premiere April 10 on tvN.

Dear Citizens is a comedy crime drama about a con man (Choi Siwon) who unknowingly marries a police officer (Lee Yoo Young) and ends up running for the National Assembly. The drama comes from the writer of Police Unit 38 and Bad Guys.

Dear Citizens is scheduled to premiere April 1 on KBS.

Beautiful World is scheduled to premiere April 5 on JTBC.

Special Labor Inspector Jo is a social satire about a former Judo athlete (Kim Dong Wook) looking to turn his life around by becoming a public servant. But things take a surprising turn after he becomes a supervisor to the Ministry of Employment and Labor as he goes up against people using their power unjustly.

My First First Love is a youth drama about people in their twenties coming of age. Changing relationships happen with a guy and a girl who are close friends as the guy’s best friend develops feelings for the girl. Starring Ji Soo, Jung Chae Yeon, & Jung Jin Young.

My First First Love is scheduled to premiere April 18 on Netflix.

Eulachacha Waikiki 2 follows the story of a group of friends who run a guesthouse and all the quirky adventures they have. It stars Lee Yi Kyung, Kim Sun Ho, Shin Hyun Soo, Ahn So Hee, Kim Ye Won, and Moon Ga Young. 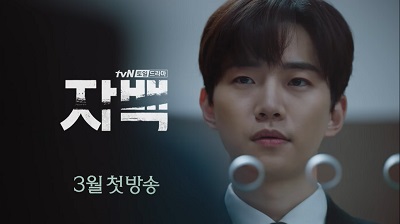 Confession deals with the concept that a person cannot be tried twice for the same crime and follows the story of a man (Junho) who becomes a lawyer to prove his father’s innocence after he was convicted of murder and sentenced to death.

Big Issue is about the editor-in-chief (Han Ye Seul) of a media company who is always on the hunt for scandals and a photographer (Joo Jin Mo) who loses everything because of a photo.

Doctor Prisoner is about a top doctor (Nam Goong Min) who has to wrongly leave his position so he gets a job at a prison hospital where he can make some big connections and get some revenge. Also starring Nara as a prison psychiatrist.

The Banker is about a bank auditor (Kim Sang Joong) who fights for policy change and justice during the collapse of an economic bubble.

The Banker airs Wednesday and Thursday on MBC.

AND SO YOU’RE UP TO DATE,
OTHER DRAMAS THAT WILL BE ENDING IN APRIL:

He is Psychometric is about a man (Jinyoung) who can read the secrets of people by touching their skin who meets a woman (Shin Ye Eun) who is trying to hide her own deep secrets.

He is Psychometric airs Monday and Tuesday on tvN.

Haechi is the story of a prince (Jung Il Woo) born of the king and a commoner who bands together with a ragtag group that includes a government inspector (Go Ara) to try and secure his position on the throne.

Item is a fantasy drama about a prosecutor (Joo Ji Hoon) and a criminal profiler (Jin Se Yeon) who who work to discover the secret behind items that give different superpowers.

Hot Blooded Priest is about a priest (Kim Nam Gil) with anger control issues who teams up with a detective (Kim Sung Kyun) and a prosecutor (Honey Lee) to solve crimes.

Possessed is comedy supernatural thriller about a detective (Sang Sae Byuk) and a psychic (Go Jun Hee) who team up to catch an evil soul who commits crimes by possessing humans.

What dramas are you looking forward to or enjoying in April?