Romance is a Bonus Book is a friends to lovers story about a chief editor (Lee Jong Suk) at a publishing company and a copywriter (Lee Na Young) struggling to get a job because she is overqualified who lies about her education to get a position.

Lee Na Young is Kang Da Ni. She once had a successful career but gave it up to become a wife and mother.  Years later after a divorce, she finds herself having a difficult time landing a job despite her previous experience. So she ultimately pretends she doesn’t have a degree in order to get a temporary worker position. And it’s at the same company as her long-time friend Eun Ho.

Lee Jong Suk plays Cha Eun Ho who is a Chief Editor. He’s a well put together, charming, and successful man. He also harbors feelings for his long-time friend Da Ni. And he’s in for a surprise when she starts working at his company. 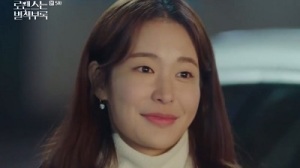 We have our second leads in the form of Assistant Manager Sang Hae Rin (Jung Yoo Jin) and book designer Ji Seo Joon (Wi Ha Joon). Hae Rin has feelings for Eun Ho while Seo Joon takes a liking to Da Ni. They are both likable characters that round out the cast nicely.

Romance is a Bonus Book was one of those more interesting experiences for me. It was a very well-loved drama among fans for the most part, and I even had quite a few glowing recommendations for it. So I was a bit disappointed that I initially had trouble clicking with it.

This is one of those simple and low key sort of shows. But alas, that kind of translated into slow for me. It just takes its time and moves along at a casual pace. It’s a show that I think most people will really enjoy though because of its relatable and realistic characters, positive story, and mature relationship between the main couple. But let’s face it, I like lots of drama. Relationship drama, friend drama, work drama, life drama. All of it. And this show didn’t have much drama!

As I was struggling to really warm up to the show, I was torn as to whether or not I should drop it. There were things I really liked, but the slowness was getting to me. That’s always the worst dilemma!

But then it happened…about a third of the way through the drama, it clicked. Now don’t get me wrong, I still found it’s pacing quite slow for my tastes, but suddenly I was really liking the characters. Their interactions started to interest me, and we finally had some movement beginning to happen between Eun Ho and Da Ni in the romance department.

We end up with a pretty nice love square which is something I usually tend to enjoy. It adds a little more to the dynamic than just a triangle. So I liked how involved both of the second leads were in the story.

I’m also all for noona romances. And it’s even cuter since Eun Ho had been harboring feelings for Da Ni for so many years. I love a super nice guy too, and Eun Ho is just that. He’s thoughtful, charming, and just all around sweet.

Now, friends to lovers type stories don’t usually go as I like since the relationship frequently stays pretty casual for a good chunk of the drama. And that was the case here. It just takes a while for the romance to really blossom. But on the plus side, they interact a lot right from the get go.

Then as the romance finally develops, we get plenty of cute moments between the pair. The relationship between Eun Ho and Da Ni was just so comfortable and incredibly nurturing.

Actually, one of my favorite parts of the drama involved one of our side couples, Hoon (Kang Ki Doong) and Ji Yool (Park Kyu Young). I wasn’t particularly fond of either character in the beginning, but as they entered into a fake relationship to get Ji Yool’s mother off her back, their relationship became absolutely hilarious! They were such a bright spot in the drama for me, and they always made me laugh.

The drama does well as highlighting some of the issues a woman might face when attempting to re-enter the workforce after such a long time. Da Ni encounters many challenges from applying for jobs to adapting to more modern practices in the work place.

She takes these challenges head on as she studies and works to learn all she can so that she can be of help to the company. It’s not an easy road, and she faces some incredible hardships, but she shows it is possible to succeed. 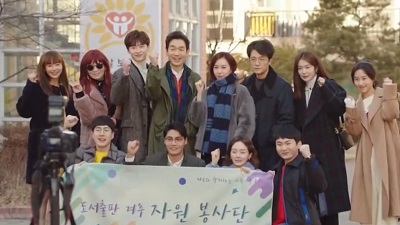 I don’t tend to gravitate towards workplace dramas, but luckily, this one had a pretty great supporting cast to liven things up. I also appreciated the different setting of a publishing house. It was lovely how they incorporated books into the storytelling of the show. The whole drama had a very positive vibe to it that just felt sort of cozy and warm.

Romance is a Bonus Book’s initial difficulty hooking me, slower pacing, and lack of angst gave me some issues, but then it’s interesting characters, fun relationship dynamics, and overall positive vibe helped to balance things out.

This is another one of those times where you might not want to take my personal rating to seriously as it really reflects my own preferences in dramas. This is a solid series, and I can see why most people loved it so much.

17 Responses to Romance is a Bonus Book Korean Drama Review