Kingdom is a zombie sageuk about a crown prince (Joo Ji Hoon) in the Joseon era who discovers a terrible zombie epidemic in the kingdom after his father, the deceased king, is resurrected. 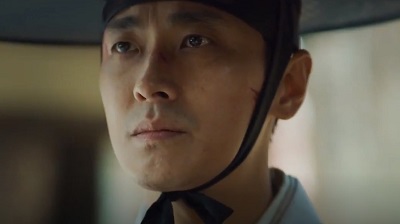 We have Joo Ji Hoon as Crown Prince Lee Chang.  He gets caught up in a conspiracy and then sets out to investigate what happened to his father. That causes him to be thrust into the middle of a zombie outbreak where he has to take the lead to save his people.

The Prince is joined by his right hand man and bodyguard Moo Young (Kim Sang Ho) who is always at his side, a nurse named Seo Bi (Bae Doo Na), and a group of others in their fight for survival.

Well, as many of you know, I am not a big fan of the horror genre. Or zombies for that matter. My tolerance for these sorts of things is low, and there have only been a few zombie stories I have particularly liked such as the hit film Train to Busan. That one had a great story, fantastic characters, lots of thrills yet not a lot of gore, and plenty of heart.

So what prompted me to check out Kingdom? The main reason is my love of historicals. They just always pique my interest, and I have a hard time passing them up. The other reason is simply that I love thriller type stories, and I was confident that element would be present, especially since I knew it came from the writer of the amazing drama Signal.

I went in with a lot of trepidation though with plans to bail if necessary. And when a head was lobbed off within the first 10 minutes, I almost called it quits right there! But I decided to hang in there.

I found the first couple of episodes to be on the slow side. They were in full on set up mode and were working to build up the tension for what was to come. But once the zombies come out in full force, the pacing definitely picks up with more action included. Then there’s a whole lot of screaming and running from zombies. 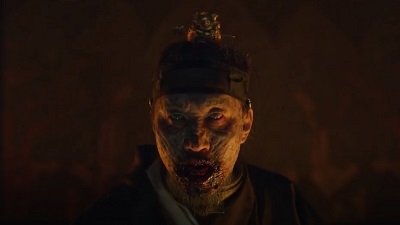 And it’s definitely gory. Much more than I care for. The zombies themselves are pretty gross looking, and of course, they are always feasting on people. And there are several more heads that go rolling throughout the drama. I learned pretty quickly to be ready to look away at a moments notice, lol.

These zombies are pretty interesting in that they are active at night but pretty much hide and go dormant during the daytime. This allows the survivors some time to regroup and warn other cities of what is happening. That’s also the best time to kill the zombies (more heads cut off or burning). I thought it added a nice dynamic overall. 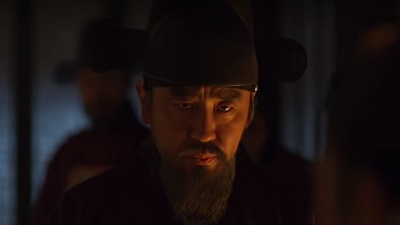 Aside from simply surviving the zombies, there is a pretty nice story in place concerning the conspiracy around the zombie king. It adds an additional layer to the plot, plus throws a lot of other problems in the way of our heroes.

And true to any horror story, there are always people who do very stupid things despite the fact they are in the middle of a zombie apocalypse. They pretty much always pay for their stupidity though. 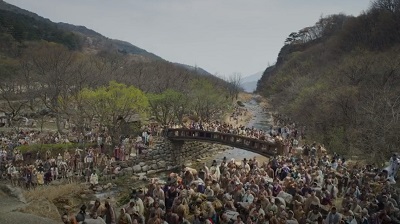 Kingdom also appears to be very high quality in terms of production with a more cinematic feel to it. There are some fantastic shots that capture the beautiful scenery, the hoard of zombies, and the desperate people fleeing for their lives.

I don’t think the character development was that great in the show though. Everything felt pretty surface level, and I didn’t really feel like I got to know any of them. We definitely have an intriguing group of people gathered together, we just didn’t go deep enough for my liking.

While Kingdom wasn’t really to my overall tastes with its gore and lots of running from scary zombies, it’s still a solid drama, and there were things for me to enjoy. Don’t mind my personal rating too much since objectively, it’s pretty great, and I do even plan to tune into the second season (since I should have plenty of time to recover, hehe). With a decent story, thrills, and plenty of zombie action, I think lovers of zombies and the horror genre will be pretty pleased with it.