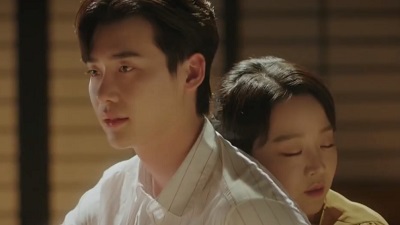 Hymn of Death (also known as Death Song) is a 3 episode period drama based on the true story about the woman (Shin Hye Sun) who is known as the first soprano singer in Korea and a genius playwright (Lee Jong Suk) who was her lover.

If you’re in the mood for a little heartbreaking romance, Hymn of Death might be what you’re looking for.  We have Shin Hye Sun as the singer Yun Sim Deok and Lee Jong Suk as the playwright Kim Woo Jin. The two meet while working on a play during a very tumultuous time in Joseon during the Japanese occupation. 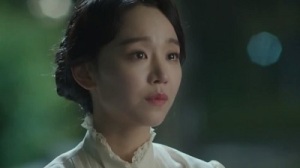 They each face their own personal difficulties when it comes to achieving their dreams and living their lives how they want to. He’s unhappily married and working in the family business after reluctantly following his father’s wishes while she struggles to support her poor family. Society and their families have definitely tied them down. Then when a romance sparks between them, even that becomes a forbidden love that stands in their way of happiness.

The mood of the drama is on the somber side with a melancholy feel and increasing sadness. Since it’s a short drama, we don’t get a whole lot of time to develop everything, but the story is thoughtful and well directed while being accompanied by some beautiful music with the soundtrack. 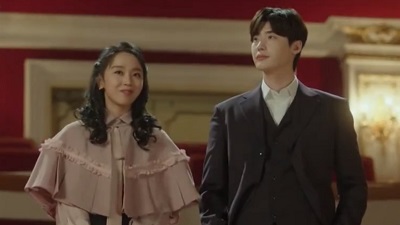 Lee Jong Suk and Shin Hye Sun were both very well cast in their roles. They gave moving performances that conveyed the struggles and heartaches each were feeling. Their lives were sad as roadblocks got in the way of their dreams and their love for each other.

It would have been nice to have more time to develop a story like this so I could get really emotionally invested, but overall Hymn of Death is a decent watch with enough good qualities to depict this tragic romance.