Great Seducer (also known as Tempted) is about a dangerous love game that ensues when a womanizing rich man (Woo Do Hwan) who finds himself in a bad situation takes up a bet to seduce a virtuous woman (Joy) who is respected and seen as a role model. 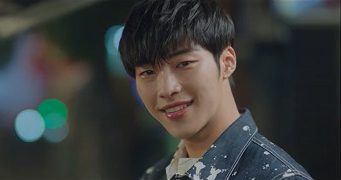 Woo Do Hwan plays our great seducer Kwon Shi Hyun.  Shi Hyun is a playboy with no guilt towards the many women he hooks up with. So when he takes a bet to seduce a woman, he has no qualms about his ability to do so. Of course, little does he know that he is about to fall deep in love and find himself in a prison of lies. 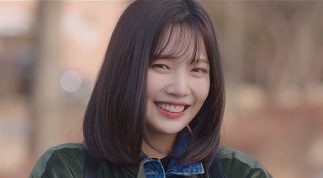 Joy is Eun Tae Hee, the target of Shi Hyun’s seduction. She’s kind and likes to volunteer to help others. She doesn’t really get into dating. Unaware of Shi Hyun’s intentions, she initially fends off his advances, but soon she finds herself drawn to him and developing feelings she has never felt before.

I will mention that I am aware that a lot of people take issue with Joy’s acting, but I don’t find it that problematic. I think it’s adequate, and she comes off very sweet. Nothing to get too excited about, but it certainly doesn’t bother me. Besides, there are much bigger things than that to take issue with concerning this drama. More on that later.

Now we have Shi Hyun’s friends. First is Moon Ga Young as Choi Soo Ji. She’s spoiled, entitled, and doesn’t hesitate to do what she wants even if it means ruining other people’s lives. I never really came around to liking her and found her obnoxious, but I understood her motives and attachment to Shi Hyun. She was pretty dysfunctional as a whole, so that created plenty of drama. 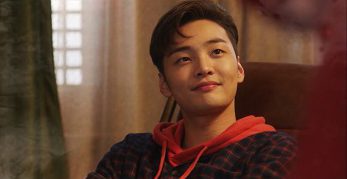 The third leg of our friends is Lee Se Joo who is played by Kim Min Jae. He’s an outgoing and free spirited guy who also falls in the playboy camp. But he has long harbored feelings for Soo Ji and has frequently felt a bit left out.

Where to start with this drama? It was kind of all over the place and had a ton of problems. I still thought it was a decent watch, and I think it did just enough right to satisfy my personal tastes to balance out all the not so good. But there really was a lot of not so good!

First, the negatives. The execution of the drama felt extremely messy. It was like it wasn’t sure what it wanted to be. I tend to really love soapy stories like this, but it just didn’t go deep enough early on. It tried to be angsty at times, but it was evident it was trying, and it just lacked that punch. Sometimes it felt like a melo while other times it felt like a rom-com. 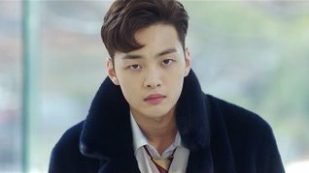 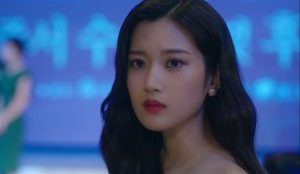 The editing of the drama was sloppy as was the writing. Characters flip flop all over the place concerning their emotions that would sometimes change in an instant. They were inconsistent and this resulted in a lack of proper development. Also, there are LOTS of break ups and make ups.

I didn’t care for any of the story surrounding the supporting characters and side plots. That was all just uninteresting and boring to me. None of those elements were appealing, and they took up more screen time than necessary. These plot threads do become increasingly important as the drama goes along though. I just felt like it overtook to much of the story. 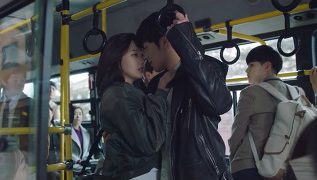 I was also really disappointed in the actual seduction aspect of the drama. The whole point of the story was supposed to be about Shi Hyun’s seducing Tae Hee and the mountains of conflict that comes with it. But he actually falls for her pretty quickly which really sucked the air out of the seduction balloon of building tension of her falling for him while he plays her. We just got to the part where he likes her too quickly.

Tae Hee falls for him super fast too which just cemented killing off the seduction part. Of course, there are still plenty of lies between them ready to cause problems down the road, but I just felt like the timeline and execution of events was not so great. It made it transform into a more regular rom/com/melo pretty fast.

So with all of these negatives, what did I like? Although I didn’t love the execution, my soft spot for deception type stories where someone falls for their target helped me like this one okay. I like the added complications it adds. Plus, it did still have that general soapiness to it.

The conflict between Shi Hyun and his friends was interesting. They are each other’s worlds and have a special bond. But as Shi Hyun grows closer to Tae Hee, he begins to radically change. This creates major division within the group that just continues to spiral downward as they end up at odds and the friendship falls apart. They mostly deserve everything that comes to them, but they do each have their own issues and struggles that creates a little empathy…just a little.

Shi Hyun and Tae Hee weren’t swoony, but they had a cute relationship especially when the drama veered into the more rom-com moments. Eventually, we do get some of that nice angsty regret on Shi Hyun’s part while Tae Hee remains very sweet and dedicated to him which makes him realize even more what a scummy thing he has done. So I liked the emotions that came with that aspect of the story.

I noticed some people comparing this drama to The Heirs. On one hand, it is similar in that it’s an angsty love story involving spoiled rich teens. If you disliked The Heirs, the chances of you disliking this one is probably high. Now I actually loved The Heirs, but I thought it was so much better than Great Seducer in every way. I think The Heirs nailed it’s genre as far as teen melodramas go. Whether or not you liked the characters and the angsty cliche games they played, it was executed well.

Not so much with Great Seducer. It greatly lacked in the execution including the story, characters, and tone. But my like of this type of genre and story is the main reason why I stuck around for Great Seducer and was still able to find some things to like about it. Things also get super angsty at the end as all the secrets really blow up and we get some pay off. I definitely liked that!

So yeah, Great Seducer was a bit of a mess. It had just enough things that I enjoyed to make it an okay watch, but there sure was a lot I didn’t care for. My recommendation would be to view this drama at your own risk as there is no telling what results you may get.