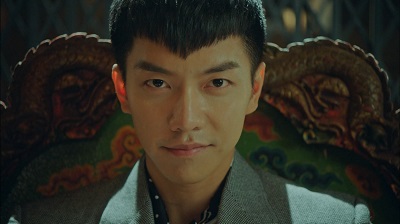 March was a bit all over the place drama wise.  Two were fantastic, one was good, and the other two, not so much. It was the fantasy romantic comedy Hwayugi and murder mystery Return that delivered all kinds of goodness with Radio Romance being a nice watch too. Stars Falling From the Sky and Mystery Queen were the let downs of the month. So it was three new dramas and two old dramas for a total of five dramas in March: 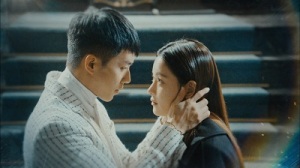 Hwayugi was a whole lot of fun with it’s comedy as well as it’s heavy fantasy element with it’s demons, ghosts, magic, and curses. It created such an entertaining world with individual stories and elements that were interesting and engaging. I just loved the characters and the fantasy world, and I was pretty happy just spending time there.

Lee Seung Gi was back and better than ever! He was full of that rascally charm, and I was so thrilled to see this wonderful performance by him! Cha Seung Won and Oh Yeon Seo were also thoroughly enjoyable to make for an all around fantastic cast.

So all in all, I was quite pleased with Hwayugi. I waited a long time for it, and it didn’t disappoint. It was a fun ride that I’m sad to see end. I really enjoyed myself and will miss these characters and this crazy magical world. (Hwayugi Review) 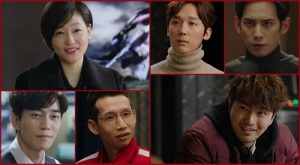 Return was quite the crazy and suspenseful murder mystery drama! The pacing was fantastic, and there was always something happening as one crazy event led to another. What starts out as one murder, opens a huge can of worms. The drama peels back the story layer by layer to reveal one secret after another. Things were constantly shifting with each new development to make for a fast paced and exciting ride.

With plenty of twists and turns throughout the drama, I was frequently surprised by what was going on. So many crazy things happened that I was constantly wondering what the characters would do next and how they would get out of the difficult situations they created. And the entire cast was simply fantastic from start to finish!

Return isn’t a drama that will give you warm fuzzies or lots of lovable characters. But it is perfect if you’re looking for a crime melo with excitement, twists, turns, and lots of craziness as a group of spoiled elites fall deep into a hole of lies, deception, and murder. (Return Review) 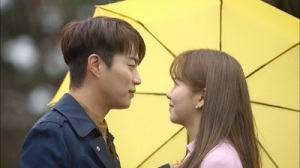 Radio Romance is a mostly nice watch with a cute romance coupled with a nice journey of character growth. This drama is more character driven with the plot revolving around the characters’ personal journeys.

The romance between Soo Ho and Geu Rim was very sweet. I didn’t find their relationship particularly swoony, but it felt very down to earth and comfortable. It was a nice relationship to watch blossom.

While Radio Romance doesn’t do anything particularly revolutionary, it’s cute and  fun with a main couple that is easy to root for. It also delivers plenty heartfelt moments to make for a thoughtful and enjoyable story. (Radio Romance Review)

Stars Falling From the Sky 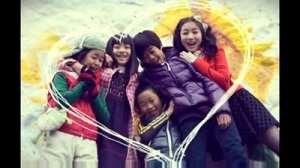 Stars Falling From the Sky is another one of those dramas that isn’t really bad, it just didn’t do it for me at all. It was cute at times, and I liked the premise a lot, but it didn’t feel like the story was really moving forward. I also never got on board with the romantic relationship between Kang Ha and Pal Gang who were practically in a state of dislike for most of the drama. I just didn’t feel it.

I still think that the story itself was interesting, and I liked seeing Pal Gang’s growth and the challenges the family had to overcome. But the overall direction of it was lacking. And with the love triangle being such a prominent part, I didn’t feel like it was developed properly or handled well at all. Again, it’s not exactly bad. It just didn’t do much that I like in dramas and felt lacking overall. (Stars Falling From the Sky Review) 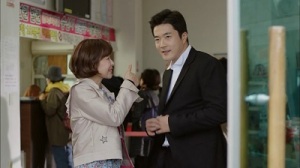 Mystery Queen was an okay drama for me, but it really wasn’t a genre and style that I care for. On one hand, it’s a light and fun crime drama that has a cozy mystery sort of feel. Both Kwon Sang Woo and Choi Kang Hee are perfect for their roles. They play off of each other so well and have a great rapport. Their bickering is quite entertaining and a lot of fun.

But I like heavily serialized crime stories which this is not. The overarching story was underutilized, and I also didn’t like all the detail that went into explaining the crimes. This all made me lose interest and the drama felt slow. So while it wasn’t quite my style, I can see why fans of this genre would enjoy it. (Mystery Queen Review)

So how was March for you?