Lookout tells the story of a group of vigilantes who seek justice and fight crime after their lives were destroyed from losing loved ones.  At the center of the fight is a prosecutor (Kim Young Kwang ) looking for revenge and an ex-detective (Lee Shi Young) seeking justice after the murder of her daughter.

I found Lookout to be a unique tale in the drama landscape with its legal crime thriller genre coupled with a group of vigilantes seeking justice. The story as a whole is mostly solid with a nice web of corruption in place that connects all of our characters together. There’s a mystery element, tension, and some very well done action sequences.

Lee Shi Young plays Detective Jo Soo Ji. She’s tough and dedicated on the job, but she’s also a sweet and caring mother. But her life changes drastically when her daughter is murdered. And when the justice system fails her, she takes justice into her own hands. Lee Shi Young is very impressive in this role. She is a talented actress, and she even did many of her own stunts in the drama. 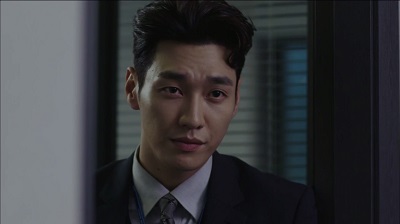 Kim Young Kwang is Prosecutor Jang Do Han. He’s a bit of a mystery. He’s right in the middle of all of the corruption, but he seems to have his own motives that keep us wondering just what he is up to. Kim Young Kwang played both sides of this character very well, and I really enjoyed his performance.

Gong Kyung Soo (Key) is the expert hacker on our vigilante team. He’s an upbeat guy who is ready to do what it takes to get the justice he seeks. I thought this was another nice outing by Key who really fit this role perfectly. 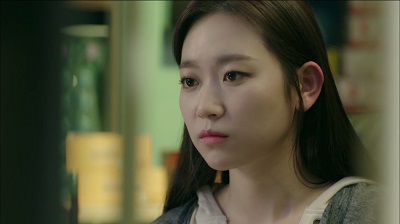 We then have Seo Bo Mi (Kim Seul Gi) who is the eyes of our team. She keeps in depth surveillance on the city and helps guide the rest of the team on missions. Trauma from her past has led her to living her life locked away in her room and never leaving because of the fear.

I really enjoyed getting to see Kim Seul Gi take on a heavier role. While I did miss her amazing comedic talents, she also did wonderful in this drama while showcasing some other sides to herself.

Kim Eun Joong (Kim Tae Hoon) also works in the prosecutor’s office. He’s an honorable man who is friends with Soo Ji. I did find his character a bit flat though. He just didn’t stand out much compared to the others. This was disappointing since Kim Tae Hoon is an amazing actor.

We also have Lee Gwan Woo (Shin Dong Wook) who is a priest. He has been secretly working with Do Han, but we are also unsure of his connection to him and what his goals are. Although his character doesn’t get to do a lot, he always grabbed my attention when he was on screen. 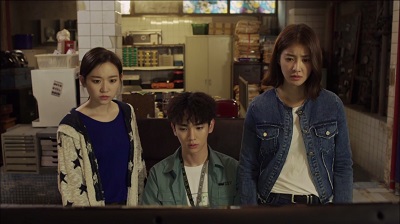 Lookout was a decent drama overall, but I had several issues with it. My main issue was that I felt a sort of detachment from the characters as a whole. It took me a while to pinpoint why. But I think it was the lack of screen time together. Soo Ji, Kyung Soo, and Bo Mi talk a lot as they work to complete their missions, but their actual time spent face to face with one another was small in the first half of the drama. And Do Han gets very little time with any of them. I think that prevented me from really feeling the natural chemistry that comes when actors are face to face.

It also took a while to really get to know our characters. Of course, the one character we do go in depth with quickly is the main heroine Soo Ji. Her tragic story is set up well as is her downward spiral that ultimately leads her to taking justice in her own hands. 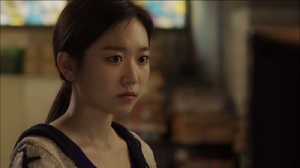 About a quarter of the way through, we start getting to know Bo Mi. I do think her story was done well, and I was easily able to connect with her as I learned more about her. It also took about half the drama to start digging into Kyung Soo’s story.

For the first half of the drama, we get snippets of Do Han’s backstory, but nothing too deep. It seemed that they really wanted to play up the mystery of him and keep us questioning exactly what his motives were. But considering he’s a main character, I would have liked to have connected with him sooner.

I liked it when we really got to know the characters and everyone finally starts interacting with one another. I liked the friendship between Soo Ji and Kyung Soo as well as Soo Ji and Bo Mi. And then I felt the instant chemistry between Kyung Soo and Bo Mi. Soo Ji and Do Han also have a nice fiery chemistry as they butt heads.

Despite many character improvements, as we moved into the second half of the drama, I found myself losing interest. A lot of the tension just evaporated for me. Corruption politics took too much precedence, and I didn’t love the amount of time spent on some of the different story arcs. Although story developments continue to happen all the way through the end, I found myself more on the bored side.

The drama does pick up nicely at the very end though, and it delivers a very solid finale. Overall, Lookout does a lot of good things and is a bit different. It’s a decent drama, and fans of the genre should definitely give it a look.