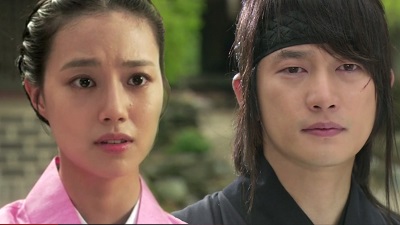 Princess’ Man is a story of star crossed lovers where a woman’s father seeks to become King by any means necessary. When she falls in love with the son of his biggest enemy, their romance seems doomed from the start.

Princess’ Man was quite a ride! It’s a story of love, sadness, greed, and revenge. But before I get to my review portion, let’s go ahead and meet the key players in this epic tale.

Moon Chae Won plays our heroine Lee Se Ryung. She’s a generous woman with a big heart. But her world becomes very complicated when her father the Grand Prince will stop at nothing to get the throne. Many lives are lost because of him, and when he sets his sights on the family of the man she loves, Kim Seung Yoo, she frantically tries to protect Seung Yoo but is met with much adversity.

Moon Chae Won shined in this role. She delivered so much emotion and completely drew me into the plight of her character. This is easily one of the best drama roles that I have seen her in.

Park Shi Hoo plays Kim Seung Yoo. He’s the son of Kim Jong Seo who is the Grand Prince’s enemy. His father seeks to protect the King and prevent the Grand Prince from taking control. His world is also turned upside down as he goes from a carefree sort of playboy to a man with nothing to live for.

Park Shi Hoo is one of those actors that I’m pretty neutral towards. He is perfectly adequate and even has moments where he shines, but overall I have a difficult time connecting with him on an emotional level. But I really enjoyed the trajectory of his character in this drama, and it was a fascinating one to watch.

Grand Prince Su Yang (Kim Young Chul) is the power hungry father of Se Ryung. His ruthless tactics to takeover the throne are downright scary. He comes off completely heartless. Even though he does have a soft spot for his daughter, he even deals with her in a very cold and calculating way. 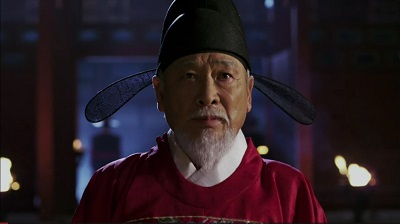 Kim Jong Seo (Lee Soon Jae) is the Grand Prince’s adversary. He has made it his mission to protect the King and Crown Prince even though it puts his life on the line. He is an honorable man who always does what is right.

Shin Myun (Song Jong Ho) is one of Seung Yoo’s closest friends. But when he finds himself caught between him and Grand Prince Su Yang, he sets off on a dangerous path of betrayal. 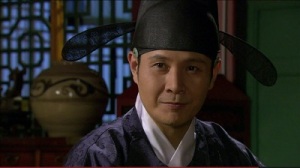 Another close friend of Seung Yoo is Jung Jong (Lee Min Woo) while Princess Kyung Hae (Hong Soo Hyun) is the cousin of Se Ryung. These two are caught right in the middle of the battle for the throne. And they also go on quite the journey of growth throughout the drama. 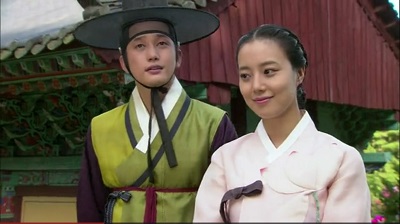 So I had an interesting experience with Princess’ Man. I’m usually pretty good at keeping my expectations for a drama in check, so even though I had heard almost exclusively glowing reviews of this drama over the years, I was still not sure what to expect.

But I was quite surprised by how slow I thought the first few episodes were. And when I say slow, I mean sloooow. Boy did they drag! Next there were a few so-so episodes. The politics were completely boring, and I found the main couple to be just average. I actually almost dropped it because I was just not feeling it.

But I’m glad I stuck it out because everything finally came together and clicked around episode seven. With the set up phase completely done, big stuff starts going down, and our characters lives get turned upside down. Things proceeded to get pretty intense! 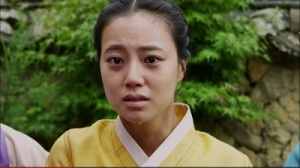 I loved the raw emotions that came from both Seung Yoo and Se Ryung. These are some tortured people, and everything just seems to be against them. I was fully on board for the tortuous emotional journey they each go on.

The drama was also very well plotted with exciting things always happening. There are always new story developments and new challenges to overcome. Nothing felt forced and the story flowed smoothly. If you like angsty dramas with a bit of action and where the hero actually acts on his revenge plans, Princess’ Man is a perfect fit.

I did have one other big negative aside from the boring start though. For a story about star-crossed lovers, I didn’t feel much about the actual romance for a long while. Overall, the couple spends very little time together. We get some brief relationship building in the beginning, but even then it wasn’t that much.

Then they spend the bulk of the drama away from each other with many external factors in their way and Seung Yoo struggling with feelings of hate towards Se Ryung. She pines away for her love, but he mostly reacts coldly. This is understandable of course, but it just didn’t do much for making me feel their romance.

Now things do eventually improve greatly late in the drama, and I finally started feeling their love story more. I kept wanting to see more of them both wanting to be together but struggling to do so. That’s what finally made me feel for them, and I ate that up.

But even though I didn’t love the romance aspect for so long, I was very into each character individually and was very invested in their lives and stories. And there are so many other developments happening around them that it kept things plenty entertaining. 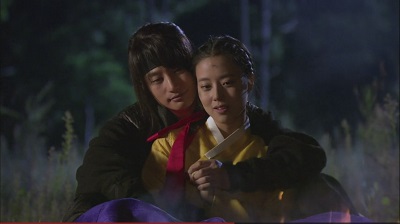 Princess’ Man had a slow start, but it blossomed into a very captivating and exciting drama. It built up an interesting world of characters that had many obstacles to overcome. The soundtrack also perfectly compliments it and easily stirs up emotions. So in the end, I was mostly pleased with this tale of star crossed lovers.