Here is the latest list of dramas coming to DramaFever in February as well a few that were added towards the end of January. We have several new dramas and a couple older ones that include two time travel romances, a slice of life story, a mermaid comedy, and a historical. Here are the new additions to their library:

Rebel: Thief of the People

Check out Rebel: Thief of the People here. 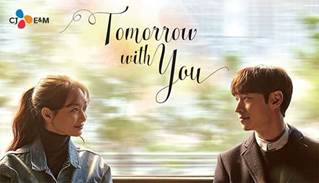 *Stars: Shin Min Ah and Lee Je Hoon
A tale intertwining fantasy and romance as a time traveler and his wife go back in time to the beginning of their relationship by reliving their newlywed days.

Check out Tomorrow With You here.

*Stars: Nam Joo Hyuk and Lee Sung Kyung
A comedy following Kim Bok Joo a weightlifting phenomenon who reunites with Jung Joon Hyung, a free spirited male swimmer and childhood friend who is recovering from a traumatic international sports competition.  As they fiercely compete against their university’s top athletes for a chance to represent their country in national and international athletic contests, their love lives begin to spiral out of control.

Sweet Stranger and Me (The Man Living in Our House)

*Stars: Kim Young Kwang and Soo Ae
Three years after the death of her mother, Na Ri meets a young man claiming to be her father who now runs the dumpling restaurant that once belonged to her mother.

Check out The Man Living in Our House here.

*Stars: Ji Hyun Woo and Yoo In Na
A fantasy historical drama about a man whose loyalty survives three centuries of time travel and helps him find the woman of his dreams. 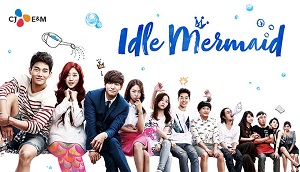 Stars: Song Jae Rim and Jo Bo Ah
A mermaid leaves her underwater kingdom when she falls in love with a human.

*Stars: Mark Chao and Yang Mi
A romantic fantasy tale following Bai Qian a beautiful goddess who jumps to her death after she is tricked into believing that Ye Hua, her lover has betrayed her. Hundreds of years later, the two meet again however Bai Qian’s no longer remembers Ye Hua. Although many years have passed, Ye Hua recognizes Bai Qian and is longing to rekindle their romance.

So that’s a pretty nice list of new dramas to choose from! Which ones are you looking forward to?

8 Responses to New Korean Dramas Coming to DramaFever in February!