Good Morning Call is about a high school girl named Yoshikawa Nao (Fukuhara Haruka) who rents her first apartment, but when she moves in, she discovers that it was also rented to Uehara Hisashi (Shiraishi Sunya), the most handsome and popular boy in school. When they discover they were scammed but have no way to resolve the matter, the two are left with no choice but to secretly live together.

Good Morning Call marks the second Japanese drama I have completed.  I watched it on a whim after getting excited to see a jdrama on Netflix. The premise sounded cute enough, so I dove in.

Yoshikawa Nao is animated and quirky. Like you might expect from a manga adaptation, Nao is very exaggerated in her mannerisms and responses to those around her. Sometimes it was humorous, but it does take me out of the story at times because of how over the top it is. It doesn’t take long for her to develop feelings for Hisashi in their new living situation. 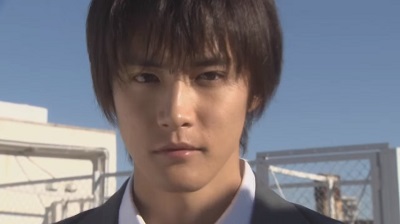 Uehara Hisashi is the popular boy that everyone loves. He’s your classic closed off male lead who acts like a jerk to our leading lady. I did like his character okay, but man did I find him boring! He doesn’t say much, he doesn’t seem interested in much, and he always has the same blank face. It just made him very uninteresting. 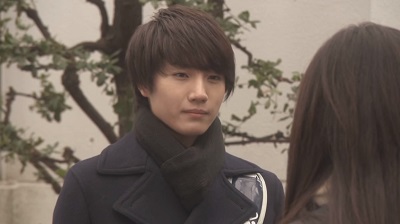 Daichi (Sakurada Dori) is our second lead. He’s a long time friend of Nao who is sweet, kind, and is always there for her. I found him very likable and enjoyed how he was able to push Hisashi along to confront his own growing feelings for Nao.

Yuri (Mori Erika) brings the most conflict to the drama as Hisashi’s sister-in-law whom he had a crush on in the past. She moves in after separating from her husband, Hisashi’s brother. Yuri is a bit impulsive, but she is nice enough and gets along well with Nao. But even then, the situation still creates some trouble. 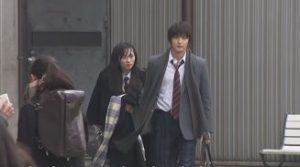 Nao and Hisashi face a lot of the typical cohabitation scenarios which results in some funny moments. They also bicker a lot including after becoming a couple. But there are quite a few cute moments between the two on their journey to love. They were a very simple, but cute couple.

Basically, there’s not really much to Good Morning Call.  The first third of the drama was pretty basic. We get to know our characters and watch some humorous situations arise between Nao and Hisashi at the apartment as well as when they try to keep their secret at school. The pacing is pretty slow without much other story going on.

But once that story arc wraps up, the latter third of the drama gets pretty draggy with each episode just throwing in some mini-conflict to cause problems for Nao and Hisashi. The drama probably should have only been 12 episodes at the most.

Good Morning Call is a cute, fluff drama overall, but it’s very basic with a slower pace. If you like simple high school love stories, cohabitation, and manga adaptations, you might enjoy this one for what it is.