Shine or Go Crazy tells the story of Prince Wang So (Jang Hyuk) who is exiled from the palace as a child because of a prophecy saying he would bring destruction to the country.  He grows up in the mountains away from all of the palace politics and power struggles.  One day he meets Shin Yool (Oh Yeon Seo), an exiled princess of Balhae. To help her out of a difficult situation, Wang So marries Shin Yool.  But the two go their separate ways, and it is several years later before they are reunited. 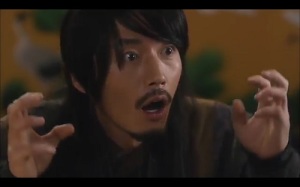 Basically, I love everything about Shine or Go Crazy!  I was quickly drawn in by our amazing couple Wang So and Shin Yool.  Jang Hyuk was absolutely hilarious.  He was so playful and fun, and his interactions with Shin Yool were priceless.

In order to run her business, Shin Yool has been pretending to be a man.  When she finally meets Wang So again, she recognizes him, but he believes she really is a guy.  Of course, this sets up a lot of humorous situations. 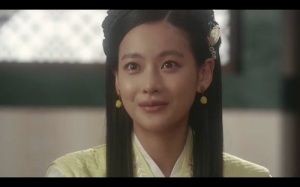 I really enjoyed Oh Yeon Seo as Shin Yool.  As she pretends to be a man, she is confident and fun.  When she transitions back into dressing and acting like a woman, she is elegant and beautiful.  She was such a great character.

I thought Wang So and Shin Yool also had amazing chemistry.  They had an epic, fated love that brought such touching moments as well as so much joy.  Every time Wang So calls Shin Yool by her guy name, “Gae Bong ahhh!”,  my heart would melt, and I would burst out laughing.  Jang Hyuk is priceless.

Lee Ha Nui (also known as Honey Lee) was quite intense as Princess Hwang Bo Yeo Won.  She had a difficult life growing up in the palace, and all she knew was to take others out before they could take her out first.  Things grow more complicated when she is arranged to be married to Wang So. 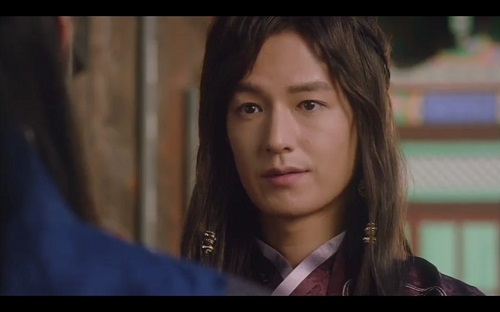 The one person the Princess cared for was her brother Prince Wang Wook played by Im Joo Hwan.  He was a good man who constantly found himself caught between right and wrong.  How far would he go to help his sister in her sinister plans?  And as he falls for Shin Yool, his loyalties become conflicted.

Ryu Seung Soo portrays King Jung Jong who is the eldest brother of Wang So.  He put forth a wonderful performance as a king who wants to do right by his people, but eventually descends into madness because of his treacherous family trying to steal his throne.

Lee Duk Hwa is our villain Wang Shik Ryum.  He’s your classic bad guy whose only goal in life is power.  He spends the majority of his time scheming and plotting. 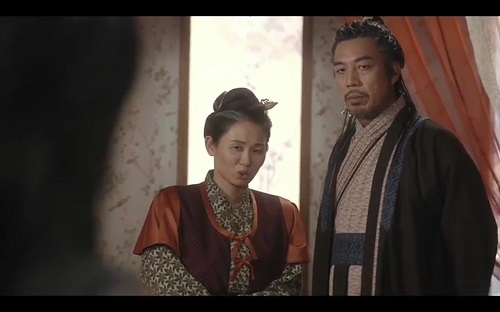 Kang Myung (Ahn Kil Kang) and Yeom Shil (Kim Young Sun) are the parent figures for Shin Yool.  They rescued her as a baby and have taken care of her ever since.  And I must say, another wonderful performance by Ahn Kil Kang.  I love this guy!

Shine or Go Crazy has romance, humor, action, and drama.  It’s one of the only sageuks I have watched where I was on the edge of my seat even during the political talks.  Princess Hwang Bo Yeo Won had some intense conversations with Prince Wang Wook as well as Wang So.  It takes a lot to keep me interested in those sort of conversations, but Shine or Go Crazy succeeded with flying colors.  So much tension!

I thought the pacing was wonderful with never a dull moment for all 24 episodes.  But a lot of people were extremely disappointed with the ending of the drama.  I didn’t dislike the ending in and of itself, I disliked the execution of it.  It seemed that they needed more time to wrap things up.  Basically, what happens is that everything is moving along quite nicely, and then they try to cram in a lot of wrap up in the last 15 minutes.

After spending the entire drama trying to be together and an extremely romantic reunion between our couple, Shin Yool abruptly decides to leave on a journey by herself rather than go back to the palace to be with Wang So.  She has one conversation with Wang So where all she basically says is, “Oh yeah, by the way, I’m leaving.”  That’s it.

Again, the problem was execution.  I completely understand why a strong character like Shin Yool would not be happy living life as a concubine in the palace.  And there was no way Wang So could leave his position as the new king.

So I understood the reasoning for the ending, it just seemed rather abrupt because of the time constraint.  Our couple live the rest of their lives apart and only get to be reunited in the afterlife.  So yeah, not the greatest ending, but I actually found the final scene of their reunion very touching.

Overall, Shine or Crazy brought me joy from start to finish.  It is everything I love in a sageuk, and of course, you just can’t beat Jang Hyuk.  It was a fun and thrilling ride that I will always remember.  And I don’t regret one moment I spent watching this fabulous drama.