So who’s a fan of Lee Seung Gi? I know I am!  He’s one of my favorite actors, and I wanted to take the opportunity to highlight my favorite dramas that he has starred in.  If you’re a big Lee Seung Gi fan, you may already know that he has only starred in five dramas.  And those are the dramas on my favorites list!  He has been in a couple of other dramas early in his career in supporting roles (Famous Princesses and Nonstop 5) and lucky you if you have been able to watch them!  Okay, so here are my top 5 Korean dramas starring Lee Seung Gi: 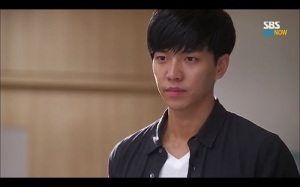 First up, we have Lee Seung Gi’s most recent drama, You’re All Surrounded, where he plays one of four rookie detectives at a police station.  Lee Seung Gi is pretty serious in this drama.  He has a mission to accomplish, and he will do what he needs to.  We do get to see a little bit of that light hearted side of him as he falls for his partner played by Go Ara.  I loved this duo and watching him slowly open up to her was a treat.

King 2 Hearts features Lee Seung Gi as a modern day prince in this fictional Korean monarchy.  It’s a wonderful chance to watch Lee Seung Gi grow into a mature king who only wants the best for his people.  And there’s a lot of fun to be had as leading lady Ha Ji Won tries to whip him into shape.  Their relationship blossoms into one amazing romance.  I found Lee Seung Gi to be quite swoon worthy in King 2 Hearts.

Shining Inheritance was Lee Seung Gi’s first starring role.  This family melodrama was his opportunity to play your classic spoiled rich guy who really doesn’t get along with his leading lady Han Hyo Joo.  But Shining Inheritance features one the best instances of character growth I have seen in a drama.  Watching Lee Seung Gi’s character slowly mature into an intelligent caring man was the true joy of the drama.

In Gu Family Book, Lee Seung Gi plays a good natured, but somewhat troublesome young man who is half human/half gumiho.  This drama had a nice mix of the fun, charming Lee Seung Gi and the more serious, dramatic side of him.  It was an epic fairy tale with Lee Seung Gi as the star.

1. My Girlfriend is a Gumiho 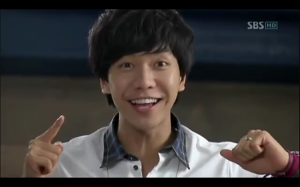 My Girlfriend is a Gumiho just happens to be my all time favorite drama.  It was my first time seeing both Lee Seung Gi and his leading lady Shin Min Ah.  I fell completely in love with everything about this drama.  Lee Seung Gi’s character was amazing to watch as he grew from an irresponsible boy into a man who do anything for the woman he loved.

Lee Seung Gi moved me to tears on multiple occasions in this drama.  But in my opinion, it is his comedy that is his true talent.  He is hilarious when he is afraid of his Gumiho girlfriend as well as when he is trying to make sense of his newfound feelings for her.  He has such a charm to him and a winning smile that lights up the room.  My Girlfriend is a Gumiho is golden, and Lee Seung Gi is one of the main reasons for it.

If you’re looking for more Lee Seung Gi, check out his cameos in the dramas Producer and Greatest Love where he hilariously pokes fun at himself.

He also recently starred in his first movie, Love Forecast, alongside his Shining Inheritance co-star, Moon Chae Won.  His second movie, Marital Harmony, will be released in 2016.

If you’re into Korean variety shows, check him out on early episodes of 2 Days 1 Night or the new series New Journey to the West.  He has guest starred on some hilarious episodes of Running Man too.

And of course, he’s probably best known as a talented singer with a smooth voice made for ballads.  He has a lot of beautiful music to enjoy, so be sure to check it out.

Don’t miss out on Lee Seung Gi.  Hopefully, he will charm you the same way he has me.  There is a reason he has so many fans.  He truly is a multi-talented guy.

So what is your favorite Lee Seung Gi drama?

Greetings! I’m Kay, creator and author of Kdrama Kisses. Kdrama Kisses is dedicated to bringing you the latest in kdrama casting news, drama trailers, reviews, and more. Happy drama watching to everyone!
View all posts by Kay →
This entry was posted in Articles and tagged Gu Family Book, kdrama, King2Hearts, Korean Drama, Lee Seung Gi, My Girlfriend is a Gumiho, Shining Inheritance, You're All Surrounded. Bookmark the permalink.