The Girl Who Sees Smells tells the story of a young woman named Oh Cho Rim (Shin Se Kyung) whose parents were victims in the bar code murder case when she was a teenager.   She narrowly escapes the murderer, but ends up in the hospital in a coma. Months later when she wakes up, she has no memory of her parents or the murderer, and she has mysteriously developed the ability to physically see smells.  I love how the drama portrays the smells she sees as little pictures related to the smell as they float around.  Very cute. 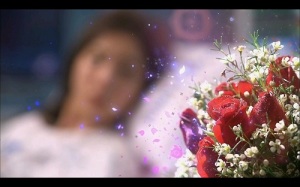 Years later she meets Officer Choi Moo Gak (Park Yoo Chun) whose sister was killed by the bar code murderer around the same time as Cho Rim’s parents.  Because of an accident, Moo Gak is completely opposite of Cho Rim’s heightened abilities in that he is unable to taste, smell, or feel pain at all.  They are quite the pair!

Although skeptical of Cho Rim’s ability at first, once he is convinced she is telling the truth, she agrees to help him solve a few cases if he will be her partner in her comedy stage act.  And thus our story is set in motion.

Basically, I loved everything about The Girl Who Sees Smells.  First, it has the nice romantic comedy vibe between our main couple, and they are just too cute!  For being a bit low on feelings and emotions, Moo Gak is a fun one to watch.  And Cho Rim was sweet, adorable, and relatable.  This pair had fabulous chemistry, and they were a true joy to watch.

Then we add a nice little mystery to the plot to really seal the deal.  The Bar Code Murder mystery was introduced within the first five minutes of the drama, and I thought it added a nice layer to the overall plot in that it really helped push the story forward.

For the first few episodes, we watch creepy Dr. Chun Baek Kyung (Song Jong Ho) who we believe to be the bar code murderer.  There was plenty of tension when it came to this guy!  But we eventually get a big surprise when we learn he really isn’t the murderer.  And because he knows too much, the real murderer is now coming after him!

So we now know that the charming and handsome star chef Kwon Jae Hee (Nam Gung Min) is really the bar code murderer.  I thoroughly enjoyed and was simultaneously creeped out by this guy for the rest of the drama.  He was perfect as the cool and collected guy who is loved by everyone but in reality is a sociopathic serial murderer.

Admittedly, the police work was a little shoddy at times, but since literally everything else in the drama worked wonderfully, it was easy to overlook.  And the other detectives added another nice comedic layer to the story, along with a second female lead that is nice and doesn’t try to cause our main couple problems. 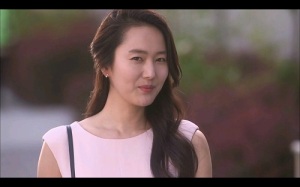 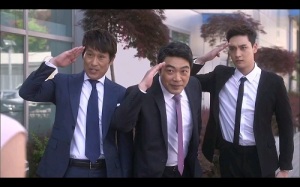 So other than that, I felt everything else was perfect.  Watching Jae Hee maneuver his way out of situations to avoid being found out and hoping that he didn’t discover that Cho Rim was the girl he tried to kill years earlier provided excitement all the way through.

We have a wonderful couple to give us comedy and romance, cute music, and a nice murder mystery to provide a little tension.  It’s everything I love in a drama. 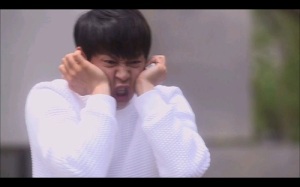 Now I’m already a pretty big fan of Park Yoo Chun (I Miss You, Rooftop Prince), but this guy can really do comedy!  His comedy scenes with Shin Se Kyung were hilarious.  And I love how they carried his little catch phrase “Churr!” throughout the drama.  It certainly gave me many laughs, especially in some of his fantasy scenes in the last couple episodes of the drama.

What did you think of the Girl Who Sees Smells?