Moonshine is set during the strongest prohibition law in Joeseon and centers around an inspector (Yoo Seung Ho) looking to restore the name of his family, a noblewoman (Hyeri) making alcohol to pay back her debt, and a crown prince (Byun Woo Seok) that frequently sneaks out of the palace for drinks.

Yoo Seung Ho plays Nam Young who is an inspector trying to restore his family’s name. He is an upright and by the books kind of man who does his best to live his life with very high morals. Things get complicated for him though after he meets Ro Seo. 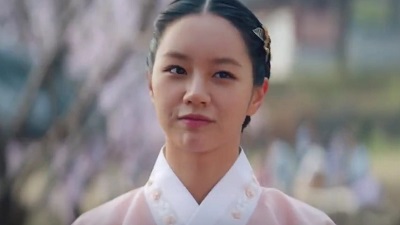 Hyeri is Kang Ro Seo. She is noblewoman living in poverty as she tries to pay back her debt. She has a knack for making alcohol and begins selling it in secret despite great risk due to the prohibition law.

Then we have Byun Woo Sook as Crown Prince Lee Pyo. He is a charismatic man who likes to sneak out of the palace to drink. He eventually meets Ro Seo and becomes enamored with her.

Next, there is Kang Mi Na as Han Yae Jin. She is a strong-willed noblewoman who has eyes for the Crown Prince, but she doesn’t know who he actually is. Her pursuit of him takes her down an interesting path. 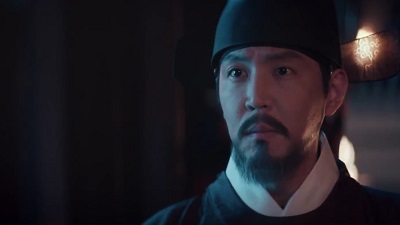 Finally, we have Choi Won Young as Chief Royal Secretary Lee Shi Heum. He has a complicated past and grand plans for the future of Joseon. 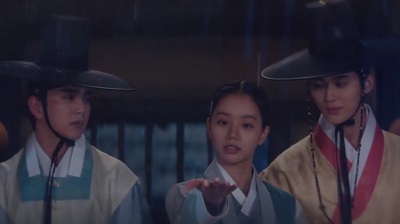 Moonshine is a fun historical that I really enjoyed. It has unique premise with it being set during Joseon’s prohibition along with the story heavily revolving around that dynamic and complex topic.

While the drama definitely has palace politics, a large chunk of the drama is set outside of the palace and deals with the problems of average people just trying to survive during difficult times. This is always a refreshing change of pace. There is also a fun love square that provides for some entertaining relationships.

Hyeri really makes her mark during the first half of the drama. She fits the character of Ro Seo perfectly and captures her fighting spirit. Ro Seo has had a challenging life, and I liked seeing her always rise to the occasion to stand up for herself and get things done. I think people will be happy to see that this is a character that never falls by the wayside. She remains strong and is a driving force throughout the drama.

I love Yoo Seung Ho in historicals and found him to be quite humorous as the righteous and uptight Nam Young. He comes off as a bit of a stick in the mud, but it’s evident that he has a good heart and wants to do what is right. It’s fun seeing him begin to question his beliefs and soften up.

The first half of the drama has nice and steady pacing. It wasn’t too heavy, though it did address some serious subjects. There is plenty of action to keep things exciting too. The characters are nicely explored and the groundwork is laid for the more in depth story to come.

I liked seeing the budding romance between Nam Young and Ro Seo. They have a very fun bickering chemistry that then turns to a reluctant friendship and then eventually romance. It was a nice progression, and I enjoyed all of the stages of their relationship. We get to see this couple go many through highs and lows. The slow and steady build of their journey felt very rewarding. 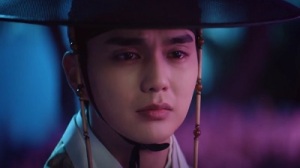 As to be expected, things get more serious in the second half. Nam Young, Ro Seo, and everyone else has been trying to solve a mystery, and that all begins to come together. They have to deal with heartache and revenge as they try to move forward with their lives.

The pacing continued to stay good throughout, and the drama remained very engaging. Despite a few convenient plot devices, all of the story developments felt natural, and there were plenty of rewarding moments. Even the last episode was great and very satisfying. 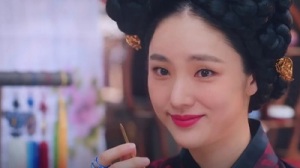 There also is a fantastic cast of supporting characters that were memorable. I loved the variety of villains, the characters with shades of gray, and the fun sidekicks to our heroes. They give us lots of interesting relationships to enjoy from family to bromance to romance and more. It always makes a big difference to me when I enjoy the entire cast.

Overall, Moonshine was a great watch for me. It’s the kind of historical I love with a nice mix of action, drama, romance, and humor. The story was solid with a unique setting and a wonderful cast of characters. Moonshine was enjoyable all around.

Greetings! I’m Kay, creator and author of Kdrama Kisses. Kdrama Kisses is dedicated to bringing you the latest in kdrama casting news, drama trailers, reviews, and more. Happy drama watching to everyone!
View all posts by Kay →
This entry was posted in Reviews and tagged Byun Woo Seok, Hyeri, Kang Mi Na, kdrama, Korean Drama, When Flowers Bloom I Think of the Moon, Yoo Seung Ho. Bookmark the permalink.