Record of Youth is set in the entertainment industry and focuses on a model (Park Bo Gum) who wants to become an actor and a makeup artist (Park So Dam) trying to succeed in her career as they deal with life’s challenges and fall in love.

Park Bo Gum plays Sa Hye Joon. He is model who aspires to be an actor but has encountered challenges on the road to his dream. Despite coming from a poor family and some industry people trying to make things difficult for him, he works hard and does his best to be a kind person and maintain a good attitude.

Park So Dam is Ahn Jung Ha. She works as a makeup artist and would like to have her own store and makeup brand. She meets Hye Joon and quickly makes a strong connection with him.

Then we have Byun Woo Seok as Won Hae Hyo. He is also a model and actor and is best friends with Hye Joon. Despite being rivals in the industry, the two have always remained close. 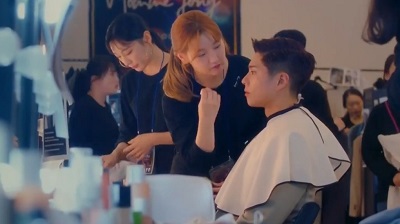 Record of Youth was a pretty nice drama. It has lots of heart as we follow the journeys of our characters on their road to achieve their dreams and navigate a variety of relationships.

I found the drama to have a calming feel to it with more laid back pacing. It has an almost slice of life sort of vibe to it. This isn’t a show with lots of dramatic cliffhangers, but things move along nicely at their own pace. The story is very character focused as it deals with their careers, romance, and family issues. For the most part, there was enough going on to keep me engaged.

The romance in Record of Youth is very sweet. Hye Joon and Jung Ha are adorable together and share many heart fluttering moments. Their relationship is also very straightforward with amazing communication between them…at least for a while.

Both characters sort of lose their way when it comes to communicating as the drama progresses. They both love each other and try to always think of the other one, but that ultimately results in them pushing down their own needs. That eventually becomes too much for the pair as each one’s happiness faded away.

We get the standard break-up period between them so they can heal individually, but they eventually run back into each other in the end with remnants of their previous relationship emerging and hints that they may be able to find some of that old happiness again. It was an interesting relationship to see play out.

I really enjoyed watching Hye Joon and Jung Ha’s career journeys too. Hye Joon takes the main focus as the underdog model trying to overcome the odds to be a successful actor. As he progresses in his career, new obstacles always emerge. He’s a smart and kind person who faces them head on. He does go through quite a struggle though.

He also has family to contend with. Some of his family are supportive, like his grandfather and mother, while his father and brother really aren’t. I particularly liked the relationship between him and his grandfather (Han Jin Hee) which was so sweet. They always made me smile.

Jung Ha faces her own career challenges too. She has to deal with difficult people at work and money issues. She is also very smart with a positive attitude that she uses to get her through everything. 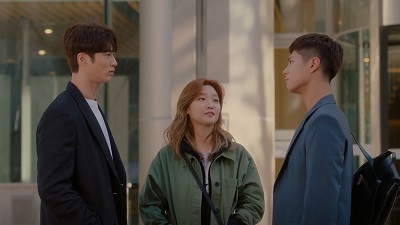 We have quite a few different other relationships that are explored in the drama. Aside from the plethora of family ones, the other main relationship involves Hye Joon and his close friend Hae Hyo.

They have to deal with competing against each other in the entertainment industry as well as Hae Hyo developing feelings for Jung Ha. The friendship between the guys is explored much more whereas the love triangle side of things didn’t really amount to much. 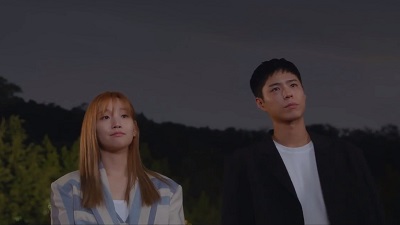 The first two-thirds of the drama are actually very angst light. It has a pleasant and fun vibe with a side of serious. It sets up all kinds of scenarios that we are used to seeing in dramas that create a lot of angst, but rather than going that route, the situations are typically resolved quickly with honesty, communication, and maybe a little bit of trolling from production. This did leave more of an empty feeling though since the things they were hinting at didn’t end up playing out.

Now, things do get more serious in the latter third. Career and relationship issues really start to cause problems, and many of our characters find themselves in turmoil. The drama feels heavier during this time.

Sadly, I also feel like the pacing slowed down during this period. The story really took its time as it moved along and didn’t feel like it was progressing much. This was a bit disappointing.

Still, I enjoyed Record of Youth overall. A lot of it was pleasant and fun with lots of heart. It was great to see the character journeys involving themselves, relationships, and careers. It kind of lost some steam in the end which made things slow going, but I was still interested to see how everything ultimately played out. For the most part, Record of Youth was a solid drama.

Greetings! I’m Kay, creator and author of Kdrama Kisses. Kdrama Kisses is dedicated to bringing you the latest in kdrama casting news, drama trailers, reviews, and more. Happy drama watching to everyone!
View all posts by Kay →
This entry was posted in Reviews and tagged Byun Woo Seok, kdrama, Korean Drama, Park Bo Gum, Park So Dam, Record of Youth. Bookmark the permalink.