Shin Se Kyung and Im Siwan to Star in “Run On” 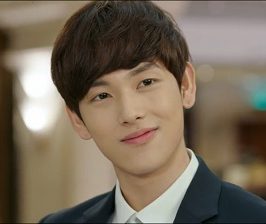 Shin Se Kyung (Rookie Historian Goo Hye Ryung) and Im Siwan (Strangers From Hell) are set to star in the new Korean drama Run On. Run On is about a national track and field athlete who is forced to retire after an accident that meets a foreign film translator who always has to look back because she goes over the same scenes repeatedly.

Im Siwan will play the track and field athlete with Shin Se Kyung as the foreign film translator. Also joining them will be Kang Tae Oh (The Tale of Nokdu) as an art student and Sooyoung (Tell Me What You Saw) as a sports agency CEO.

Greetings! I’m Kay, creator and author of Kdrama Kisses. Kdrama Kisses is dedicated to bringing you the latest in kdrama casting news, drama trailers, reviews, and more. Happy drama watching to everyone!
View all posts by Kay →
This entry was posted in News and tagged Im Siwan, kdrama, Korean Drama, Run On, Shin Se Kyung. Bookmark the permalink.