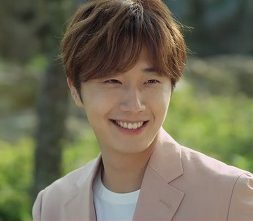 Jung Il Woo (Haechi) is now in talks to star in the upcoming Korean drama Late Night Snack Man and Woman. An offer had previously went out to Sung Hoon (Level Up), but he turned it down. Jung Il Woo would play a star chef in need of money.

Late Night Snack Man and Woman is about a man who is trying to get money which results in him lying and ending up in a love triangle with a man and a woman both liking him.

Kang Ji Young (Strong Woman Do Bong Soon) is still considering an offer to star as the PD of the chef’s show. The drama comes from the writer of A Man Called God and the PD of King 2 Hearts.

Late Night Snack Man and Woman is looking to air sometime in 2020.