Vagabond tells the story of a stunt man (Lee Seung Gi) who ends up in the midst of political intrigue as he tries to expose national corruption during a plane crash investigation with the help of a NIS agent (Suzy).

I’ve been waiting for what seems like forever to watch Vagabond, but the time has finally come!  It was also the much anticipated reunion of Lee Seung Gi and Suzy who previously starred together in the fantasy historical Gu Family Book. So let’s see how their new drama fared!

Lee Seung Gi plays the stunt man Cha Dal Gun. He is devastated after losing his nephew in a plane crash, and he becomes determined to find out who is responsible. He’s a bit of a hot head and tends to rush into things without thinking, but he’s just the guy needed to stir things up and expose this crime.

I’ve long wanted to see Lee Seung Gi in a role like this, and his performance was every bit as enjoyable as I anticipated. He was fantastic by delivering so much intense emotion combined with some seriously awesome action. He was just impressive in every way. 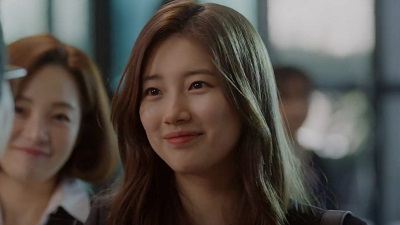 Suzy is Go Hae Ri. She’s a NIS agent who unwittingly gets involved with Dal Gun and the plane crash investigation. She’s not the most skilled agent, but she she’s smart, has a big heart, and wants to help get to the bottom of things.

We also have Shin Sung Rok as Ki Tae Woong. He’s another NIS agent who is a strict by the books type guy who is very dedicated to his country. Getting in the middle of the investigation puts him in some very conflicting situations.

Vagabond initially received a lot of publicity for its big budget and excellent cast. Then it was evident early on that this was going to be a drama that was jam-packed with action, intrigue, and life and death stakes. So did it live up to the hype? It most certainly did!

We immediately connect with Dal Gun and the pain he is going through after losing his nephew in a plane crash. His love for his nephew is clear, so when he learns the crash may not have been accident, he will stop at nothing to catch who is responsible.

Hae Ri is quickly a likable character, and she soon begins to help Dal Gun. They bicker a lot at first as she just doesn’t know what to make of him, but as it becomes clear there is corruption happening on a large scale, she doesn’t hold back in working with Dal Gun. 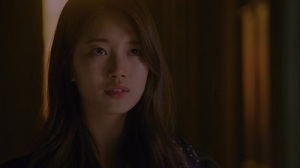 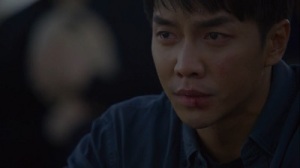 It doesn’t take long for the action to kick into high gear in Vagabond with car chases, bullets flying, and killers running around everywhere. The suspense is high, and the thrills just keep on coming.

Now before going into this drama, you should know it does require some suspension of disbelief. There are some things that happen that aren’t very realistic and are quite extraordinary, but it’s so worth it to just accept it, go with the flow, and enjoy the wild ride.

The large scale corruption story was all done really well. It’s complex but easy enough to follow. There are a whole lot of people working to cover up this plane crash, so it’s quite the challenge to expose everything, even for the NIS. There are plenty of secrets and twists that keep things exciting. The cliffhangers at the end of each episode were also excellent as you just want to keep watching!

I love it when dramas film in locations outside of South Korea, and Vagabond featured several episodes set in Morocco. The location was utilized well with some really fantastic city and scenic shots.

So how about the reunion of Lee Seung Gi and Suzy? Overall, I was very happy with it. This is an action drama with Dal Gun and Hae Ri constantly in the middle of life and death situations, so romance really takes a backseat to everything, but they are working closely together for most of the drama, so we get lots of opportunities to see them interact. They are a fun duo to watch.

Not to say there isn’t any romance though. A few hints at their interest are speckled throughout the drama. Then towards the end, we do actually see the beginnings of a romance and some very nice moments between the pair. It wasn’t a lot, but it sure was great to see this couple back together!

I did think that Shin Sung Rok was very underutilized in this drama, particularly in the first half. He gets more screen time as the drama progresses, but he definitely doesn’t get a lot of opportunities to shine and really show off his skills. His character is interesting though, and he does have a few scenes that showcase him.

Overall, the action in Vagabond was highly entertaining with lots of thrills in every episode. But my biggest complaint about the show involves how some of this action was portrayed by the camera work.

Aside from the car chases, almost every action scene including running, fighting, guns drawn, and even just pinning someone to the ground used a shaky camera technique. Basically, it just looked like they shook the camera like crazy during these scenes. It was like they were in the middle of an earthquake every single episode.

And I hated it! It’s one thing to do that every so often in appropriate places, but doing it in almost every action scene was just awful. It didn’t make the scene better and only served to take me out of it and distract me. 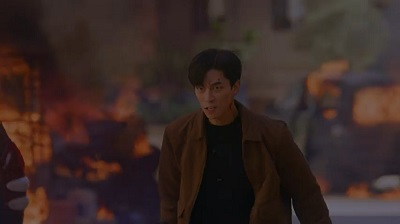 I’ve seen my fair share of action dramas, and this was by far the worst use of this shaky camera technique I have ever seen. It didn’t take long before I could tell exactly when the camera was about to start shaking before they even did it. Every single time.

A lot of people won’t notice things like this though, so for most it probably won’t be a big issue. But when the action scenes themselves are so good, it’s just disappointing that they used such a lazy technique to try to add more intensity to the scenes when they didn’t need it. It was the main black mark on an otherwise fantastic production. 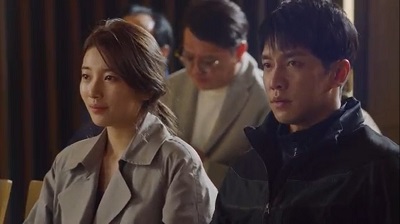 Without getting into spoiler territory, let me just briefly mention the ending. It introduces some interesting plot developments, but it leaves things completely open. As in, we really need a season 2, but as is usual with most dramas, there has been no confirmation of one.

I wasn’t particularly bothered by the ending since I liked the direction it was going, but it does definitely leave me wanting more. So keep that in mind if you’re deciding whether or not to watch this one.

Vagabond was a fun drama on so many levels. The thrills just keep coming thanks to a great pace, intriguing corruption mystery, and consistent plot developments. The characters are interesting and sympathetic as well as being very entertaining.

Lee Seung Gi and Suzy’s long-awaited reunion was also wonderful to watch. Action dramas of this quality and scale don’t come around very often, and it was definitely a treat to see.