Graceful Family is about a powerful legal team called TOP that manages company and family issues that would reflect poorly on the wealthy MC Group. A new lawyer (Lee Jang Woo) is brought on to the team and gets involved with the daughter (Im Soo Hyang) of the MC Group family who is searching for who murdered her mother. 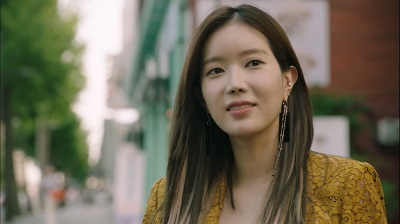 Im Soo Hyang plays our wealthy heiress Mo Seok Hee. After her mother’s murder, she is shipped off to the US. She finally returns to Korea 15 years later determined to find the culprit as she battles her greedy family and the all powerful TOP management team. 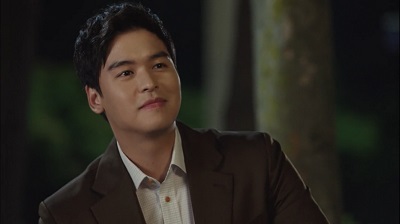 Lee Jang Woo is Heo Yoon Do. He is a small time lawyer with a kind heart who is trying to catch a break. So when he gets a call to join the large TOP legal team, he takes the opportunity. But TOP’s management practices go far beyond what Yoon Do is comfortable with, and there’s a whole lot more going on than he would have guessed.

Then we have Bae Jong Ok as Director Han Je Kook. She is the head of the TOP team and is a force to be reckoned with. Her only concern is MC Group, and she mercilessly wields the power that TOP has given her to protect it.

I’ve been in the mood for some serious melodrama for a while now, so Graceful Family seemed like a potentially good fit. It garnered a lot of attention for breaking ratings records on the cable network MBN which piqued my interest even more.

The first episode was great and really set up the story well. After that, I was still enjoying it, but it took a few more episodes to fully get everything in place. Then the story really takes off as we dive into a murder mystery and a power battle. 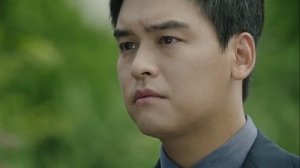 I really liked both of our leads and always enjoyed all of the scenes with them together. Seok Hee and Yoon Do each have such interesting stories. Seok Hee comes off as brash and arrogant, but she actually has a big heart. She struggles with her mother’s death and wants justice. She also has a lot of determination and won’t let anything keep her down.

Yoon Do has an intriguing back story that connects him to everything and makes him getting involved with TOP as well as Seok Hee that much more interesting. As a kind and just man, his morals really conflict with what TOP does. But in order to win against them, he has to make compromises. 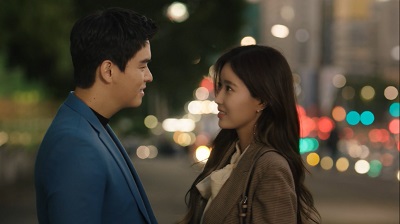 These two become a powerful duo as they work to solve the murder, stop Seok Hee’s greedy family, and put the TOP group in check. These two keep busy! Also, a heads up on the romance front. Any romance really takes a back seat to what else is going on. Seok Hee and Yoon Do do slowly build a low-key relationship, and we do finally get a dash of romance late in the drama, but it’s just a very small amount.

There were a few negatives to the drama for me. I did find the all powerful TOP legal team to be very interesting as a whole, but they had too many scenes involving them for my liking.

It’s that little problem I have where most of the characters outside of the main leads aren’t particularly likable. I don’t always have to like the characters, but I usually prefer my antagonists to be highly entertaining, but they didn’t quite reach that level here.

A few more likable characters do show up as the drama progresses, but I never got too attached to them other than Yoon Do’s doting father. And since the more unlikable characters are integral to the plot, they do get quite a bit of screen time which did cause me to lose some interest at times.

The drama gives us a deeper look into several of these characters later in the drama that is meant to portray them more sympathetically, but it was a bit too late for me considering how awful they were for most of the drama.

I also didn’t feel like Seok Hee and Yoon Do really got enough screen time for most of the drama. The TOP group is the central focus of the drama with everyone else caught in their web. Director Han really takes the lead and is by far the largest presence in the drama.

But she is cold as ice with zero empathy. We only get the briefest look deeper into her character which was not enough to connect with her in a meaningful way. She is simply the powerful villain that needs to be brought down. Bae Jong Ok was really fantastic at portraying her though.

Also, for being a melodrama, there is a distinct lack of angst. You know I love angst, and when I show up for a melo, I kind of expect there to be a lot of it. But Graceful Family took a different approach. I found it to be more of a slick investigative melo with Seok Hee and Yoon Do solving a mystery.

While our leads have many obstacles to overcome, they face them all head on with conviction. We do see their struggles, but overall, they handle things pretty well. Hence a lack of angst. This combination of factors left me not connecting to the drama on an emotional level. I still enjoyed the story that was told, it just lacked the feels and any big emotional pay off.

Most of the juicy family stuff and secrets are saved for the last few episodes of the drama. That’s where we get to more of what I like in melodramas. We have some bombshell secrets revealed and big mysteries solved which I quite enjoyed. The ending wraps things up well enough, but I did find it a bit lackluster and wasn’t completely satisfied with it.

Graceful Family was an interesting watch overall. While I would have enjoyed our main duo getting a bit more screen time, less TOP, and a bit more angst, the script, production, and acting were all excellent to make for a well done investigative/revenge melo.