The Secret Life of My Secretary Korean Drama Review

The Secret Life of My Secretary is about a cold and intelligent boss (Kim Young Kwang) at a media company who constantly relies on his hot-tempered secretary (Jin Ki Joo) for everything…that is until he fires her. But when life unexpectedly throws him a curve ball, he suddenly needs his secretary more than ever.

Well, this drama was a pleasant surprise! The Secret Life of My Secretary turned out to be a fun and romantic drama with plenty of heart. It also has a very old school feel to it with its tone and the way it presented the story. Of course, I loved that! 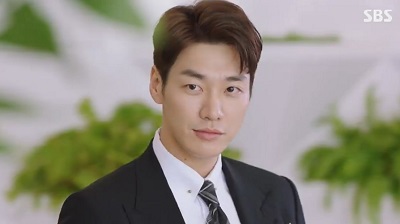 Kim Young Kwang plays the boss Do Min Ik. He’s initially a bit icy on the surface, but he has plenty of sweetness on the inside. He’s also very intelligent, but a chain of events puts his abilities to the test.

Jin Ki Joo is his hot-tempered secretary Jung Gal Hee. She’s dedicated herself to being the perfect secretary for Min Ik, so when he ends up firing her, she is devastated. But circumstances also throw her for a loop when she gets a rare opportunity to see her boss in a different light. 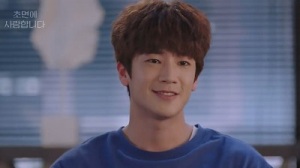 Then we have Koo Ja Sung as Ki Dae Joo. He’s been best friends with Min Ik since childhood. Next is Kim Jae Kyung as Veronica Park. She’s a spoiled and wealthy heiress with a personality that is larger than life.

I wasn’t initially very interested in The Secret Life of My Secretary. I really like both Kim Young Kwang and Jin Ki Joo, but it sounded like a basic office romantic comedy with the plot revolving around the cold boss and his secretary. Most of the early plot descriptions I came across left out some very interesting details though!

I will be revealing some important plot details from the first few episodes of the drama. I wasn’t aware of these going in, so they ended up being a fun surprise. I’ll talk about a minor spoiler first and then signal when I go into the major spoilers.

If you don’t want to be spoiled at all, stop here and just go watch this fun drama! But if you want to see that there is actually much more to this basic story than meets the eye, then continue reading.

It turns out that Min Ik gets into an accident early on and develops that pesky condition that affects a lot of people in Dramaland: facial blindness. Although this condition has been used a lot lately, this drama was much more creative with it. 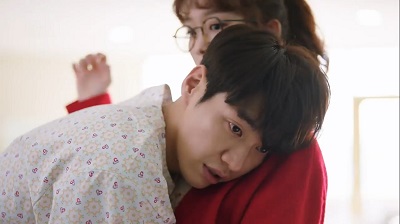 First, it was interesting to see someone start out not having it and then having to cope with developing it. It’s a very scary and disorienting disorder that took some major adjustments for Min Ik. He can’t recognize anyone’s face…except his faithful secretary Gal Hee that is.

There’s actually a pretty fascinating reason why he can recognize her though. He knows her so incredibly well from how she speaks, to the sound of footsteps, to her attire that his eyes aren’t really seeing her face, but his brain instead “remembers” her enough that it fills in the blanks for what her face would look when he sees her. The brain really does have some amazing capabilities similar to this in other areas in real life, so I thought this was a very creative explanation.

But then the twist I really wasn’t expecting came at the end of episode 6. Circumstances lead Gal Hee to have to dress up and act completely different from her normal self. This causes Min Ik to be unable to recognize her and to believe she is someone else, namely the heiress Veronica Park. Next thing you know, he is dating Gal Hee pretending to be Veronica! This really explained the title of the drama, hehe.

I was so surprised by this turn of events, and it really sent the story in a fun direction. It was cute seeing Gal Hee impersonate Veronica, who is completely different from her, and enjoy being treated differently by Min Ik. Because of course, Min Ik falls for her! 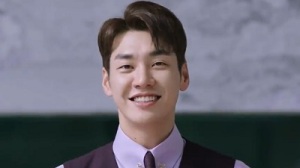 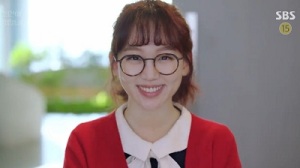 This may just be my favorite role of Kim Young Kwang. He was rich and spoiled, but he was very approachable. And he just comes off as a puppy as he begins to fall in love. On one hand, it’s sweet watching him develop feelings, but on the other hand, he thinks he is falling for two separate women. He becomes quite conflicted and just feels awful that he could have feelings for both his secretary Gal Hee and her alter ego Veronica Park.

Gal Hee also struggles immensely with guilt over her lies. Finding the right opportunity to tell him the truth proves difficult, so she has to live a double life for a while. Jin Ki Joo was super adorable here, and I loved seeing her play both Gal Hee and Veronica.

Aside from the primary story, the show has a secondary plot involving a mystery and someone out to cause trouble for Min Ik. This was a nice little addition to spice things up. They do keep the audience in the dark for most of the drama though as to who is behind everything and what their motive is.

That all gets revealed in a big information dump towards the end of the drama. In this type of drama, I don’t love this approach since it doesn’t allow me to understand the full picture and understand the villains for the bulk of the show. The mystery was good though, and it was just a minor annoyance as to how it was handled. 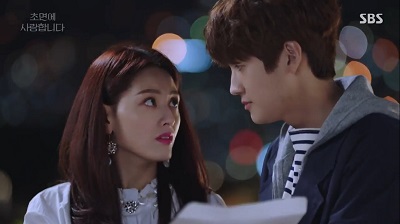 There’s also a second romance in the drama between Veronica Park and Ki Dae Joo. They get a fair amount of screen time and go through their own struggles to be together. He’s a little ho-hum, but Veronica sure does make up for it! 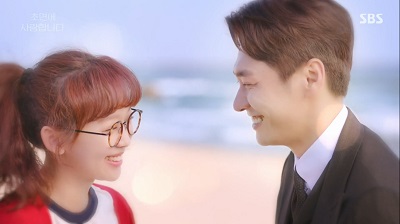 The Secret Life of My Secretary was just such a fun series. It won me over from the first episode and then continued to engage me all the way through. It was cute, funny, and thoughtful. The show also delivered plenty of heart. I was invested in Min Ik and Gal Hee’s relationship right from the start, and that allowed me to be excited to watch it develop all the way though. Such an excellent series!