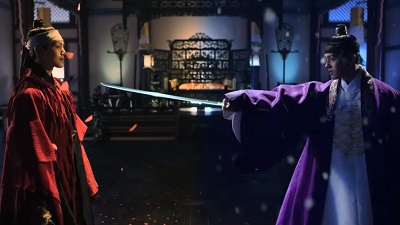 The new tvN drama The Crowned Clown (also known as Gwanghae: The Man Who Became King) starring Yeo Jin Goo (Reunited Worlds) and Lee Se Young (Hwayugi) is off to a great start in Nielsen drama ratings. It was able to bring in 5.7% for episode 1 followed by a nice increase to 6.6% for episode 2. That’s even the highest rated premiere for a Monday-Tuesday drama on tvN. So congratulations for that!

The Crowned Clown airs Monday and Tuesday on tvN.

Greetings! I’m Kay, creator and author of Kdrama Kisses. Kdrama Kisses is dedicated to bringing you the latest in kdrama casting news, drama trailers, reviews, and more. Happy drama watching to everyone!
View all posts by Kay →
This entry was posted in News and tagged Gwanghae The Man Who Became King, kdrama, Korean Drama, Lee Se Young, The Crowned Clown, Yeo Jin Goo. Bookmark the permalink.