Terius Behind Me Korean Drama Review

Terius Behind Me (also known as My Secret Terrius) is a mystery romantic comedy about a single mother (Jung In Sun) whose husband recently passed away that teams up with her legendary NIS agent neighbor (So Ji Sub) to solve a huge conspiracy. 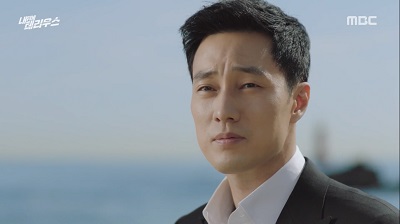 So Ji Sub is our secret agent Kim Bon. He’s a stoic man who tries to lay low and keep to himself while on his mission. But when that mission leads him to his neighbor, life gets a lot more interesting for him when he steps in to babysit her children. 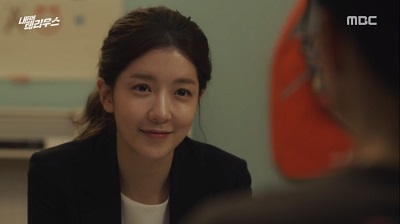 Jung In Sun is Go Ae Rin. After her husband dies, she is left as the sole provider for her kids. But thankfully, she gets a little help when her neighbor Bon offers to babysit for her. Little does she know, that he is on the trail of those responsible for her husband’s murder. 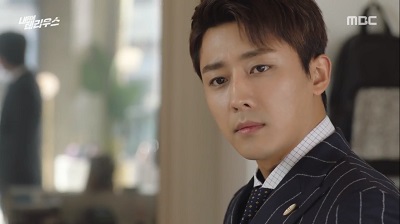 Son Jun Ho is Jin Yong Tae. He’s one of our villains who runs a company that Ae Rin ends up working at. He’s a unique man who is a bit high maintenance. He also has a lot of secrets surrounding his company and his past. 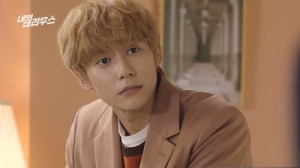 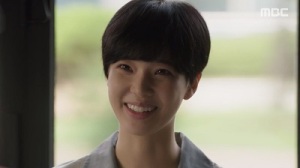 We’ve got our other secret agents Ra Do Woo (Kim Sung Joo) and Yoo Ji Yeon (Im Se Mi). Ji Yeon has a long history with Bon which includes some feelings for him while Do Woo is a genius hacker. 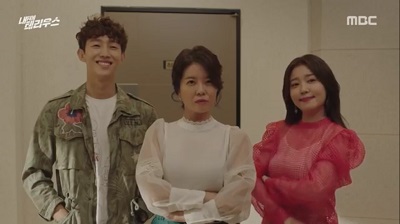 Then there are our other parents who are close with Ae Rin: Sang Ryul (Kang Ki Young), Eun Ha (Kim Yeo Jin), and Sun Mi (Jung Shi Ah). They are a lively and close knit group who know all of the gossip and have a network ready to get to the bottom of just about any problem. They are a fun bunch! 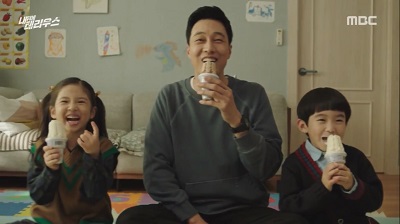 I found Terius Behind Me to be a mostly pleasant drama. It did take me a few episodes to warm up to it though as the main story was a bit slow in developing. They just kind of took their time with the set up.

But thankfully, there’s a good bit of humor and fun with Bon being the stoic secret agent taking care of a couple of rambunctious kids. While he was a bit too stoic for my tastes, So Ji Sub certainly fits that roll well. And the kids are as cute as can be, but they are the kind that like to get into trouble. They just don’t listen that well! 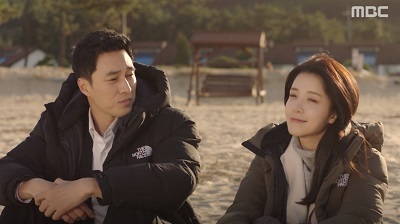 The romance between Bon and Ae Rin is subtle but sweet. Much of it revolves around Bon simply becoming a part of their family as he gets involved with the kids. They become a bright spot in his reclusive life. Eventually, Ae Rin also starts getting more involved with Bon and his mission which lets them work together. The relationship is still slow going, but it’s there. 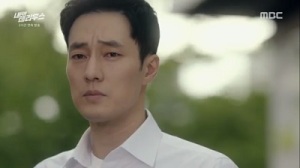 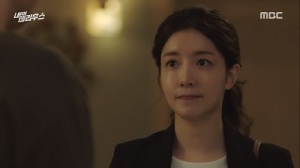 We do have a mystery conspiracy going on too. It starts out fairly straightforward and then slowly peels back the layers to learn more about the bad guys and their motives. I didn’t find the spy side of the story particularly thrilling, and it was quite lacking, but it did round out the drama well enough.

I found that I lost a lot of interest in the drama by those last few episodes. There is much less screen time with Bon, Ae Rin, and the kids together which honestly was the highlight of the show. Instead, we shift the focus to wrapping up the spy story, which as I mentioned, I found a bit ho-hum. 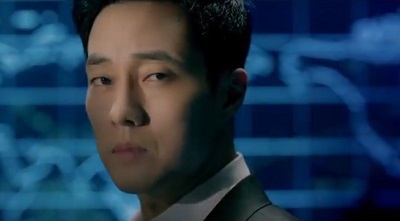 But overall, Terius Behind Me was a fun enough story that mixed elements of romantic comedy, family, and spy action. It really was our main duo and the kids as well as the entertaining parents club that made the drama worthwhile for me.

I never got that emotionally invested in the drama, but I laughed because of the quirky characters, and I did enjoy the heartwarming moments of Bon opening up a little bit and finding a family. It’s a sweet little story that’s a pretty solid watch.

Greetings! I’m Kay, creator and author of Kdrama Kisses. Kdrama Kisses is dedicated to bringing you the latest in kdrama casting news, drama trailers, reviews, and more. Happy drama watching to everyone!
View all posts by Kay →
This entry was posted in Reviews and tagged Jung In Sun, kdrama, Korean Drama, My Secret Terrius, So Ji Sub, Son Ho Jun, Terius Behind Me. Bookmark the permalink.

16 Responses to Terius Behind Me Korean Drama Review