My Sassy Girl follows the story of a sassy, troublemaker princess (Oh Yeon Seo) who gets involved with a cultured scholar (Joo Won).  The pair discovers an old secret that tore apart the royal family, and they try to uncover the truth.

We have Oh Yeon Seo as our sassy, troublemaker princess, Hye Myung. She has a bold personality, and much to everyone’s dismay, she likes to climb over the palace walls to venture out into the city. Oh Yeon Seo is made for comical roles like this where she gets to showcase her hilarious talents.

I’m always excited to see Joo Won on my screen. He plays Gyun Woo, a cultured and well-traveled scholar. He’s a bit uptight which nicely contrasts our princess. This was a fun role to see Joo Won in. He gets to bring the comedy for a while and then eventually gives us a more subtle, emotional performance. 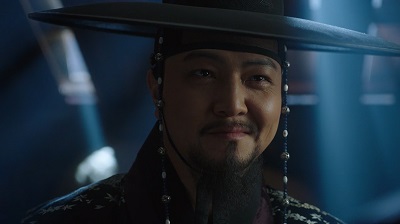 Jung Ki Joon (Jung Woong In) plays one of the court ministers. He’s our villain looking for power and causes trouble for the royal family. Jung Woong In always does the villain roles so well.

I thought most of the supporting characters were a bit weak. They were underdeveloped and not really utilized that well. We have Da Yeon (Kim Yoon Hye) as Hye Myung’s rival for Gyun Woo’s affection. She’s your classic spoiled and conniving second lead.

Then there’s Joon Young (Lee Jung Shin) who is the loyal palace guard who has a soft spot for Hye Myung. Both of these characters could have done a lot more, but in the end they were pretty one note.

My Sassy Girl was a nice enough watch that’s mostly light and breezy. The drama has very nice cinematography complimented by some lovely costumes. The lush colors were definitely pleasing to the eye.

There’s a fair amount of humor, especially in the first half. I really enjoyed the comical interactions between Joo Won and Oh Yeon Seo. Of course, Oh Yeon Seo is always fun and makes some of the best faces.

I also loved getting to see Joo Won in a role where he could let loose a little bit and do some comedy. He too makes some very humorous facial expressions that I really got a kick out of. Joo Won and Oh Yeon Seo completely had that fun, bickering chemistry that was very enjoyable. The romance itself is more subtle with a slow and sweet development. 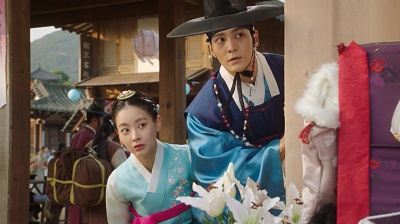 The plot was a little thin in the first half, but the characters and humor made up for it. The plot thickens in the second half which causes things to become more serious. It definitely had a change in tone.

I think the drama would have benefited from giving us more story in the very beginning so we felt that the stakes were higher rather waiting until halfway through the drama to really get the story going. Plus, a lot of the back story waits until the last few episodes of the drama. It just wasn’t plotted that well. Even then, it’s still a very easy watch overall. The whole drama had a nice, comfortable pace with the episodes moving by quickly.

All that being said, My Sassy Girl simply felt average. I wouldn’t actually say there was anything terrible wrong with it, it just didn’t do anything to wow me. But average worked well enough in this case, and I found it to be a decent watch from start to finish. A talented main cast, a sweet romance, and a little drama delivered a nice story.