July is another huge premiere month for kdramas!  There are a plethora of choices available in all different genres, and I’m pretty excited about several of them! Let’s see what we have to look forward to in this July 2017 edition of “Korean Dramas You Need to Be Watching.”  This monthly series is meant to keep you updated on what’s happening in the world of Korean dramas so that you don’t miss out on anything!

Here are the kdramas you need to keep an eye out for in July 2017: 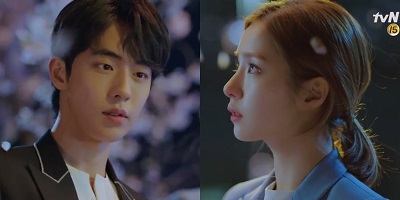 Bride of the Water God 2017 has been building a lot of anticipation leading up to its premiere. It has gorgeous cinematography, an intriguing fantasy romance story, and a beautiful cast. It has a lot of potential, and I for one am hoping it’s able to deliver!

Bride of the Water God 2017 is loosely based off of the popular manhwa about a village suffering from drought that offers young women as sacrifices to a water god. One of the sacrifices eventually becomes his bride.

The drama version moves the setting into modern day Seoul with Nam Joo Hyuk as the Water God and Shin Se Kyung as a neuropsychiatrist whose family has served him for generations.

Bride of the Water is scheduled to premiere July 3 on tvN.

The King Loves is about an ambitious and conflicted crown prince (Im Shi Wan) in the Goryeo era who is looking to conquer. He falls in love with the daughter (Yoona) of the richest man in the nation and ends up in a tragic love triangle with her and his close friend (Hong Jong Hyun).

The King Loves is scheduled to premiere July 17 on MBC.

Reunited Worlds is about childhood friends that were born in the same year, but they have mysteriously aged differently with the woman (Lee Yeon Hee) being 31 and the man (Yeo Jin Goo) being 19. It comes from the writer of Girl Who Sees Smells and Beautiful Gong Shim.

Reunited Worlds is scheduled to premiere July 19 on SBS.

Criminal Minds is scheduled to premiere July 26 on tvN.

School 2017 is part of the popular School series which focuses on high school students and issues they struggle with like grades and bullying. It stars Kim Se Jung as a smart and cheerful girl who ends up wrongly labeled as a delinquent, Kim Jung Hyun as the school bad boy, and Jang Dong Yoon as the golden boy who seems to have it all. 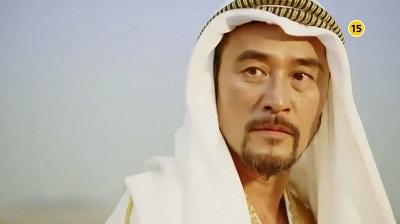 Man Who Dies to Live is about a man (Choi Min Soo) who returns home after becoming a nobleman in Arabia and tries to repair his relationship with his daughter (Kang Ye Won) and son-in-law (Shin Sung Rok).

Man Who Dies to Live is scheduled to premiere July 19 on MBC.

Falsify is about reporters and prosecutors looking to bring justice to the corrupt world where a reporter (Nam Goong Min) is looking for revenge on the people responsible for his brother’s death.

Falsify is scheduled to premiere July 24 on SBS. 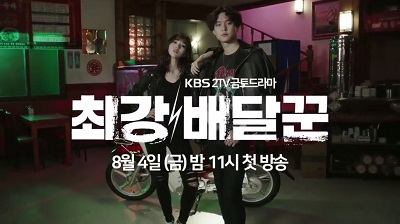 Strongest Deliveryman is the story of a poor jajungmyun deliveryman (Go Kyung Pyo) and follows his journey to succeed in his career and find love with a woman (Chae Soo Bin) who also delivers jajungmyun.

Strongest Deliveryman is scheduled to premiere Aug. 4 on KBS. (premiere pushed back from Jul. 28)

Woman of Dignity is about a wealthy woman (Kim Hee Sun) whose life falls apart after her father-in-law loses his money and her husband cheats on her and a mysterious woman (Kim Sun Ah) who causes trouble for her.

Woman of Dignity airs Friday and Saturday on JTBC.

Seven Day Queen is a political romance about the love story between King Jungjong and the daughter of a powerful politician who became queen for just one week before being dethroned because of her father’s attempted political coup. She gets caught in a love triangle with him and his half brother King Yeonsangung.

AND SO YOU’RE UP TO DATE,
DRAMAS THAT WILL BE ENDING IN JULY:

Ruler: Master of the Mask

Ruler: Master of the Mask is about a Joseon prince (Yoo Seung Ho) forced to hide his face with a mask who fights against injustice in society by going up against a shadow organization wanting to privatize the waters of Joseon. A woman (Kim So Hyun) is also out for revenge against the prince after her father is ordered to be executed because of him. Of course, things get complicated when she falls in love with him.

Ruler: Master of the Mask airs Wednesday and Thursday on MBC.

Suspicious Partner (Be Careful of This Woman) 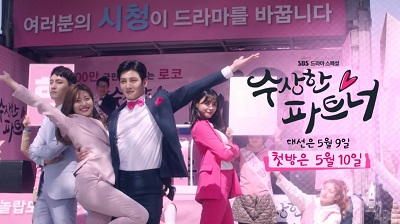 Suspicious Partner is a romantic comedy thriller about prosecutors dealing with an amnesiac killer coming after them. Ji Chang Wook is a talented prosecutor turned attorney who suffered trauma in his past while Nam Ji Hyun is a prosecutor trainee.

Fight for My Way

Fight for My Way tells the story of two longtime friends stuck in the everyday grind of their jobs, but they dream of being more. Park Seo Joon plays a mixed martial arts fighter with Kim Ji Won as a worker at a department store who dreams of being a TV anchor.

Fight for My Way airs Monday and Tuesday on KBS. 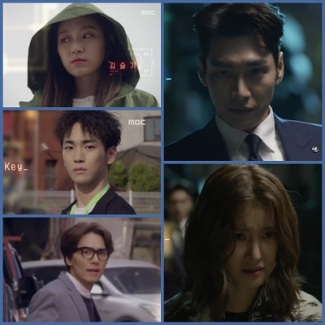 Lookout tells the story of a group of people who seek justice and fight crime after their lives were destroyed from losing loved ones. Kim Young Kwang plays a prosecutor looking for  revenge, and Lee Shi Young plays an ex-detective who is now part of a civilian lookout group. 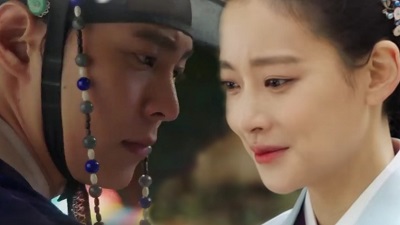 My Sassy Girl is a sageuk remake of the classic movie of the same name about a quirky, troublemaker princess (Oh Yeon Seo) who gets involved with a city man (Joo Won).

My Sassy Girl airs Monday and Tuesday on SBS.

Duel is a suspense drama about a police detective (Jung Jae Young) who ends up pitted against a murderous human clone (Yang Se Jong) when his daughter is kidnapped. 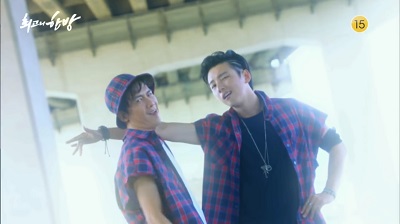 The Best Hit is a comedy variety drama following the lives of young adults in the music entertainment industry. Yoon Shi Yoon plays a 90’s pop star who time travels to 2017. Kim Min Jae plays a man secretly training to be a pop star.

The Best Hit airs Friday and Saturday on KBS. 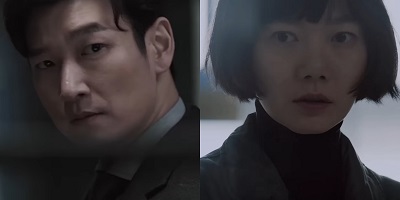 Secret Forest is about a cold prosecutor (Jo Seung Woo) who is unable to feel emotions whose hunt for a serial killer leads him to his own office that is filled with corruption. He teams up with a kind police detective (Bae Doo Na) to solve the case.

Whew! That’s a lot of dramas! June gave us a little bit of a chance to catch up, but July has us back to drowning in new drama premieres. There’s just no time for rest in the life of a kdrama fan!

What dramas are you enjoying or looking forward to in July?

Make sure to get caught up because there are more dramas coming your way in August!