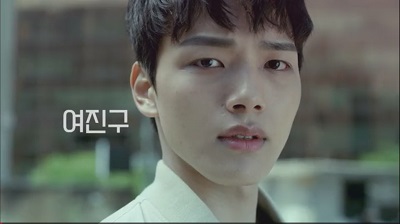 June wasn’t as eventful as most of my kdrama months. One drama ended up on the average side and one was very meh, but a surprise web drama ended up quite funny and another drama came in at the end and really saved the day by being wonderful!! I watched four new dramas total for the month of June: 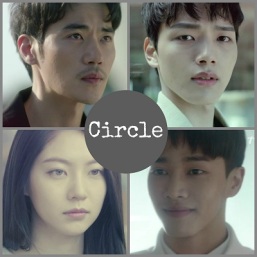 Circle was one intense ride! It completely nails the science fiction genre. There is such an intriguing mystery that is put in place right from the get go and is perfectly woven between the two timelines. The pace is fast and full of suspense as there is a constant sense of urgency. And there always new plot developments with plenty of twists to keep things interesting.

The actors were all amazing, and they completely drew me into their characters. Yeo Jin Goo was especially wonderful, and he really wowed me. I seriously enjoyed this drama on many levels. Circle: Two Worlds Connected immersed me in a thrilling science fiction story full of mystery and suspense. It exceeded my hopes for this genre and left me more than satisfied. (Circle: Two Worlds Connected Review)

Chicago Typewriter was a bit of a mixed bag for me. It had a really unique story set during two time periods including one of my favorites being the 1930’s. While portions of the story were wonderful, I never fully clicked with the drama as a whole and it ended up quite average.

The 1930’s story line by far had the most appeal with high stakes and a layer of suspense. And I was very interested in the story of these three freedom fighters, how they ended up where they were, and what eventually became of them. The modern story was just not that engaging with a weaker plot and characters I had a hard time warming up to.

But I give a lot of credit to Chicago Typewriter for its unique story. Better pacing and a thicker modern plot could have made this drama fantastic. The 1930’s portion was wonderful, and it did have its moments in the modern portion. The drama does well at highlighting the strong friendship between our trio, and at least it went out on a very moving note. (Chicago Typewriter Review) 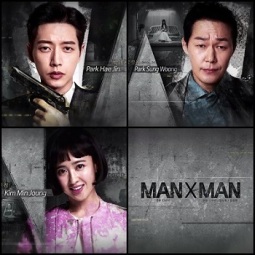 Man to Man is one of those dramas that seems fine enough as a whole, but I just really didn’t care for it. It never really clicked. The drama does have a really nice story that mixes secret agent spy action with romance and comedic elements. The actors all nailed their roles, and the drama looked sharp with pretty good cinematography. My favorite thing was the fun bromance between Park Hae Jin and Park Sung Woong.

But the pacing felt slow, the story was presented in a confusing way, and I thought the romance was pretty weak. Mostly I was just bored though. For me, this drama may have just suffered from being a bit average combined with bad timing. (Man to Man Review)

The Sound of Your Heart

The Sound of Your Heart was such a funny web drama! Much of the comedy is very ridiculous and on the exaggerated side, but if you like the style, the drama completely nails it. The characters get into all kinds of crazy situations, and most of the fun comes from just how absurd they are.

Thankfully, Circle came in right at the end of the month and really turned things around for me. After several disappointing dramas in a row, it was a breath of fresh air. The Sound of Your Heart provided some much needed laughs too. Luckily, the month wasn’t a bust.

For the month of July, I hope to complete Suspicious Partner, Ruler: Master of the Mask, and a couple others.

So how was June for you?