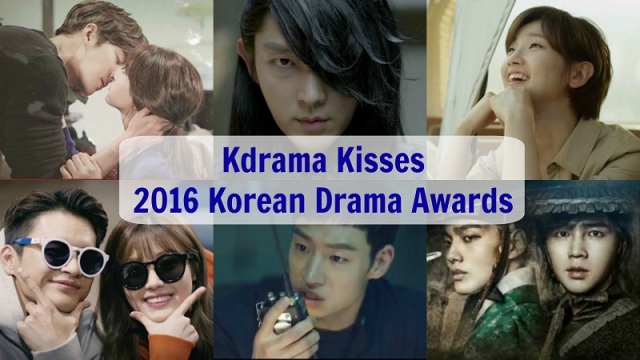 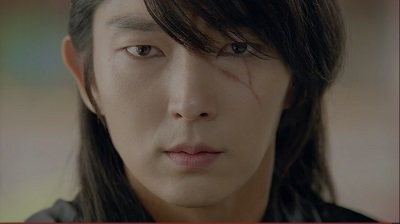 My choice for best actor easily went to Lee Joon Gi for his phenomenal performance in Moon Lovers: Scarlet Heart Goryeo. Now I am a bit biased towards him since he is my favorite actor, but he’s my favorite for a reason. He is immensely talented! And his full range of capabilities is on display in Moon Lovers. He brings an intensity like none other, and it is a performance not to be missed. 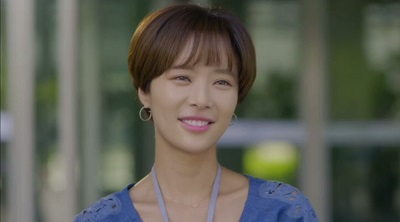 Hwang Jung Eum is one of my favorite actresses, and I loved her moving performance in Lucky Romance. She does what she always does best and delivers a character that is sweet, quirky, and flawed. She made me laugh with her wonderful comedic abilities, and she made me cry with the rawness of her emotions. Such a wonderful actress.

I’ve been a fan of Kwak Dong Yeon for a while, but he’s one of those actors that always seemed to kind of fly under the radar. But everyone really seemed to take notice of him this year with his breakout performance in Moonlight Drawn By Clouds as the Prince’s right hand man. I’m thrilled to see him finally getting some recognition.

One of my new favorite actresses has been quite busy in the last year by starring in multiple dramas and movies. But her breakout role in the drama world would have to be Cinderella and the Four Knights. She brought so much life to the drama and showcased fantastic chemistry with each man. She was a true delight, and I look forward to seeing more of her in the future.

Shopping King Louie is easily my favorite romantic comedy of the year. It is everything I love in a drama and so much more.  The romance, the humor, the fun, the characters, and the heartfelt story all work together to create perfection in my book. I loved it to pieces.

Signal completely blew me away and effortlessly tugged at my heartstrings with it’s brilliant writing and absolutely amazing acting. It’s engaging characters and intricately layered story with attention to the smallest details really stands out among others.  Signal is a drama that left quite an impact which I know will be felt for a long time to come.

Uncontrollably Fond is a melodrama that is filled with emotion because the characters were so rich and full all the way from the main characters down to the supporting ones. The intricate web of lies that connected everyone made for a tension filled story that left me always wanting more. I thought it was a remarkable tale of love and redemption.

Choosing best historical was a tough one, but ultimately, Daebak won out. This drama had me captivated from episode one all the way through to the end. It was full of intensity with Jang Geun Suk and Yeo Jin Goo delivering phenomenal performances. Daebak was the epic story of a legendary man, and it’s certainly a drama I’m going to remember.

The relationship between Seo In Guk and Nam Ji Hyun in Shopping King Louie was perfection. Louie and Bok Sil are ridiculously adorable with a relationship that is so pure and beautiful. A lot of times, couples just scratch the surface of a romance, but these two had such a strong connection.

And even though Louie and Bok Sil have a very innocent and fun relationship, it felt so deep and mature. I thought the chemistry between Seo In Guk and Nam Ji Hyun was fantastic. They truly were such a treat.

These guys were absolutely hilarious in Let’s Fight Ghost! They were easily my favorite part of the drama because of their crazy, animated personalities, over-the-top reactions, and the comical scenarios they would get into. Both of these guys played off each other so well with impeccable comic timing. So much fun!

We had a wonderful friendship between four girls at the center of One More Happy Ending.  They were always there for each other as they worked to overcome life’s challenges.  It was nice to see such a bond in Dramaland. 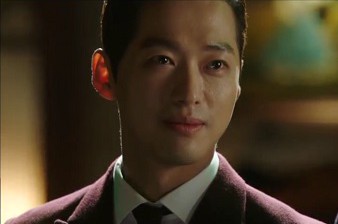 Nam Goong Min didn’t hold back one bit in his portrayal of a violent murderer with severe anger issues in Remember: War of the Son.  This guy was truly crazy!  Nam Goong Min really brought this character to life, and I found myself constantly in awe and disturbed when watching him.  This talented man deserves a standing ovation and so much more!

After one of my all time favorite confessions of love, Jung Il Woo and Park So Dam sent my heart fluttering with this sweet Hilltop Confession Kiss in Cinderella and the Four Knights. These two were such a wonderful couple, and this kiss was a perfect highlight of their love story.

The costumes in Moon Lovers: Scarlet Heart Goryeo were gorgeous! One of the  main reasons I love the Goryeo era is for the costumes, and this drama did not disappoint in that regards. There were so many beautifully intricate and colorful costumes for both the men and the women. From the servants, to the princes, to the warriors, they all helped to transport me right into Goryeo.

Cinderella and the Four Knights was filled to the brim with amazing songs. There were plenty of fun ones as well as sweet, romantic ballads. They were all utilized wonderfully which resulted in each song giving me many fond memories of the drama.

So there you have it. There were so many great dramas and performances this year that I still feel like so many were left out of these awards. But at least this lets me give recognition to some of my absolute favorites.