10 Korean Dramas You Need to Be Watching in October 2015

Here is the October edition of “Korean Dramas You Need to Be Watching.” This monthly series is meant to keep you updated on what’s happening in the world of Korean dramas so that you don’t miss out on anything!  October has a lot of new dramas to choose from along with some that are already underway.

Here are the kdramas you need to keep an eye out for in October 2015:

So far the teaser trailers show Bubblegum as cute and comical, hopefully with a nice dose of heartwarming goodness.  I’m so excited to see Lee Dong Wook and Jung Ryeo Won together in a drama.  I enjoy both actors, and they both do very well with comedy.  Hopefully, it’s a fun ride!

Bubblegum is about a doctor named Park Ri Hwan (Lee Dong Wook) who puts the needs of others first including his mother and the heroine.  Kim Haeng Ah (Jung Ryeo Won) is our leading lady who is a radio DJ dealing with some painful emotions.  The two long time friends decide to give being a couple a chance which introduces a completely new dynamic to their relationship.

The Village: Secret of Achiara

The Village: Secret of Achiara is about a quiet village that is turned upside down when a mysterious corpse is discovered.  Leading lady Moon Geun Young will portray a language instructor who is investigating the corpse, and Yook Sung Jae will play a good natured policeman.  Can they figure out who the killer is?

The Village: Secret of Achiara premieres October 7 on SBS. 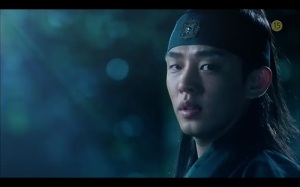 Six Flying Dragons is a historical about the people who were a part of the founding of the Joseon dynasty.  Yoo Ah In will be playing Prince Lee Bang Won and Shin Se Kyung will portray his love interest Boon Yi.  Kim Myung Min will play a character named Jung Do Jun who is at odds politically with Lee Bang Won. 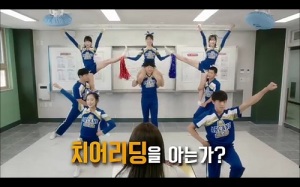 Sassy Go Go that tells the story of the unpopular dance club and the popular cheerleaders who are merged into one group at school.  Jung Eun Ji will portray an outcast transfer student with Lee Won Geun as her leading man.  Chae Soo Bin will play a high achiever while Ji Soo will portray a smart but troubled student. 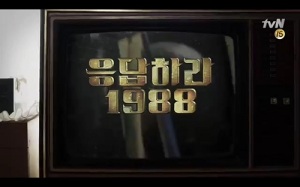 Reply 1988 is the third installment in the popular Reply series.  It tells the story of five families who live on the same road in 1988.

Reply 1988 premieres November 6 on tvN. (The release date was originally October 30, but it has since been pushed back a week) 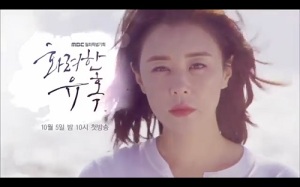 This 50 episode melodrama tells the story of a poor woman who gets involved with the wealthy world and her childhood first love who has gotten himself into some political trouble and is out for revenge.

She Was Pretty is a romantic comedy about Kim Hye Jin (Hwang Jung Eum) a once beautiful, wealthy woman whose family goes bankrupt and she changes for the worse, and Ji Sung Joon (Park Seo Joon) a man who was unattractive and overweight as a child but is now popular and attractive.

She Was Pretty airs Wednesday & Thursday on MBC.

D-Day stars Kim Young Kwang, Lee Sung Yeol, and Jung So Min and tells the story of doctors and emergency workers who jump in to help after Seoul is devastated by an earthquake.

Master of Trade: Inn 2015 (also called Master of Commerce: Gaekju 2015) stars Jang Hyuk, Han Chae Ah, Yoo Oh Sung, and Lee Deok Hwa.  The drama tells the story of an innkeeper (Jang Hyuk) who rises up to become one of the most successful merchants in the land.

Twenty Again tells the story of 38 year old Ha No Ra (Choi Ji Woo) who became a mother at 19 and had to focus on being a wife to her husband Kim Woo Cheol (Choi Won Young) and mother to her son Kim Min Soo (Kim Min Jae).  She then decides to return to university along with her 20 year old son to pursue her dreams.

Twenty Again airs on Friday and Saturday on TVN.

As you can see, there’s a lot to look forward to in October.  Bubblegum is at the top of my list for comedies, while The Village: Secret of Achiara looks oh so suspenseful!  I’ll be keeping an eye on Six Flying Dragons and Reply 1988 as well.  There are just too many to choose from!

Make sure to get caught up because there are more interesting dramas coming your way at the end of the year!

Which dramas are you enjoying or looking forward to in October?