10 Korean Dramas You Need to Be Watching in February 2019

We’re moving right along through the year as we arrive at the month of love.  And what better place to be than Dramaland to celebrate! Let’s see what we have to look forward to in this February 2019 edition of “Korean Dramas You Need to Be Watching.”  This monthly series is meant to keep you updated on what’s happening in that amazing world of Korean dramas so that you don’t miss out on anything!

Here are the kdramas you should keep an eye out for in February 2019: 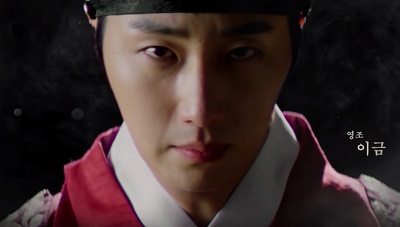 Having another historical coming our way so early in the year certainly has me excited. Haechi is Jung Il Woo’s post-military comeback, so that also has my attention. I’m hoping for intrigue and thrills with this one!

Haechi is the story of a prince (Jung Il Woo) born of the king and a commoner who bands together with a ragtag group that includes a government inspector (Go Ara) to try and secure his position on the throne.

Haechi is scheduled to premiere February 11 on SBS.

2. The Light in Your Eyes 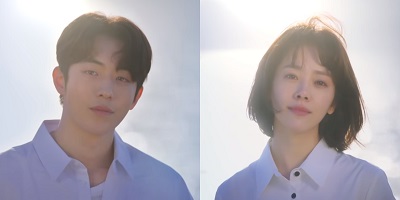 The Light in Your Eyes is a fantasy romantic comedy about a young woman (Han Ji Min) who suddenly finds herself aged to 70 years old and a young man (Nam Joo Hyuk) who doesn’t appreciate time and lives a meaningless life.

The Light in Your Eyes is scheduled to premiere in February on JTBC.

Touch Your Heart is a romantic comedy about a lawyer (Lee Dong Wook) who hires a secretary (Yoo In Na), but it turns out she is an actress that was recently involved in a big scandal who is trying to get a new role through the job.

Touch Your Heart is scheduled to premiere February 6 on tvN.

Item is a fantasy drama about a prosecutor (Joo Ji Hoon) and a criminal profiler (Jin Se Yeon) who who work to discover the secret behind items that give different superpowers.

Item is scheduled to premiere February 11 on MBC.

Legal High is a remake of the Japanese drama of the same name about an arrogant lawyer (Jin Goo) with a 100% success rate on his cases who teams up with a lawyer (Seo Eun Soo) who wants to bring justice and help those in need.

Legal High is scheduled to premiere February 8 on JTBC.

Hot Blooded Priest is about a priest (Kim Nam Gil) with anger control issues who teams up with a detective (Kim Sung Kyun) and a prosecutor (Honey Lee) to solve crimes.

Hot Blooded Priest is scheduled to premiere February 15 on SBS.

Possessed is comedy supernatural thriller about a detective (Sang Sae Byuk) and a psychic (Go Jun Hee) who team up to catch an evil soul who commits crimes by possessing humans.

Possessed is scheduled to premiere February 13 on OCN. (UPDATE: Premiere date pushed back to March 6)

8. Romance is a Bonus Book 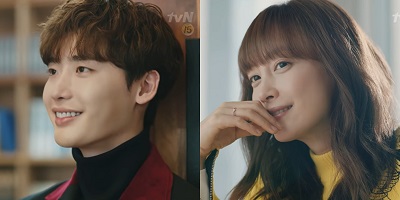 Romance is a Bonus Book is a love story focusing on people in their 30’s at a publishing company. Lee Jong Suk plays a writer and chief editor with Lee Na Young as a copywriter struggling to get a job because she is overqualified so she lies about her education to get a position.

Romance is a Bonus Book airs Saturday and Sunday on tvN.

9. Spring Must Be Coming

Spring Must Be Coming tells the story of two women (Lee Yoo Ri and Uhm Ji Won) who switch bodies which gives them new opportunities and perspectives on life.

Spring Must Be Coming airs Wednesday and Thursday on MBC. 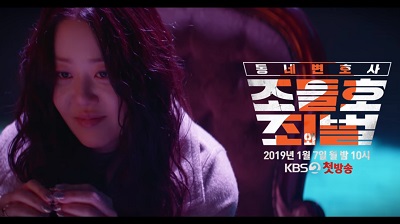 Neighborhood Lawyer Jo Deul Ho 2 follows lawyer Jo Deul Ho (Park Shin Yang) after he is wrongly accused by a powerful law firm that results in his license being taken away.

AND SO YOU’RE UP TO DATE,
OTHER DRAMAS THAT WILL BE ENDING IN FEBRUARY:

The Last Empress is set in a fictional South Korea which operates under a constitutional monarchy. It follows a musical actress (Jang Na Ra) who marries the emperor (Shin Sung Rok) and becomes involved in the palace power struggle and a mysterious murder.

The Last Empress airs Wednesday and Thursday on SBS.

The Crowned Clown airs Monday and Tuesday on tvN.

My Strange Hero is a romantic comedy about a man (Yoo Seung Ho) who is wrongly accused of committing violence at school because of his first love (Jo Bo Ah) and is expelled. Then as an adult, he returns to the school for revenge but finds himself out of place and in the middle of another situation.

My Strange Hero airs Monday and Tuesday on SBS.

What’s Wrong, Poong Sang? is about a middle aged man (Yoo Joon Sang) who hasn’t been able to live his own life because he had to care for his four younger siblings. The drama comes from the writer of Our Gab Soon.

What dramas are you looking forward to or enjoying in February?

Make sure to get caught up because there are more dramas coming your way in March!