Dear X Who Doesn’t Love Me is about a woman (Han Ji Hyo) who finds a magic notebook that can make anyone fall in love with her for one month. As she starts to use the notebook, her best friend (Doyoung) becomes worried about her.

Han Ji Hyo plays Seo Hee Soo. She is a college student who has very low self-esteem and struggles with dating. Then she discovers a magic notebook that makes guys fall in love with her, but her new found power comes with some problems.

Doyoung is Jung Si Ho. He is Hee Soo’s best friend and has had feelings for her since high school. He becomes worried about her when she begins using the magic notebook and tries to find a way to help her.

Then we have Kwon Ah Reum as Park Se Jin. She works with Si Ho and has feelings for him. She gets curious when Hee Soo suddenly becomes popular with so many guys.

Dear X Who Doesn’t Love Me is a shorter drama with 10 half hour episodes. I wasn’t expecting much going in, but I actually ended up enjoying it quite well. It was more serious and thoughtful than I would have guessed. It’s a quick watch that flew by.

I found the story itself pretty interesting and well-developed. I like fantasy elements like magic notebooks. We see Hee Soo begin making all of these guys fall for her. At first, it seems great, but then she realizes it brings a host of problems.

She doesn’t actually like the guys which leaves her feeling empty, but she fears she will never be loved, so she sees no other way. Many of the relationships themselves also aren’t particularly healthy. Then she has to contend with her friend Si Ho’s concerns as well as Se Jin getting involved. There’s a lot to deal with!

We get a nice character exploration of Hee Soo as she faces her low self-esteem. She has a lot of baggage and issues from childhood that have led her to feeling unloved. I thought the drama did well at peeling back these layers. We see a very flawed character but are able to slowly come to understand her. We actually end up with a very positive message of self-love.

Of course, the short duration of the drama didn’t allow the story to go as deep as it could have. I think it could have stood to be a bit longer. The story moves pretty quickly from event to event so the developments do feel fast at times. I appreciated that there wasn’t really any time for filler though. We stay on track with the main characters and story. 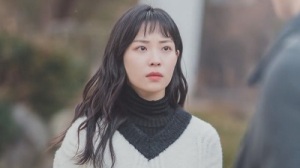 Not everything is explained in depth concerning the fantasy element. It’s one of those cases where you just kind of have to accept that this is how things work. The acting felt a bit green all around too, but I personally didn’t mind it. Everyone did well enough and conveyed their characters decently. There was also a pretty nice soundtrack which added to the overall feel.

So in the end, Dear X Who Doesn’t Love Me was a nice little surprise. The story was well-done for a shorter drama with romance, angst, a light fantasy element, and nice character explorations. It’s a quick and easy watch that was pretty enjoyable.