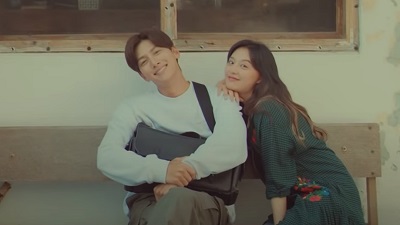 Lovestruck in the City is a romance about the dating lives of young people including a passionate architect (Ji Chang Wook) who meets a freelance marketer (Kim Ji Won) posing as a free spirit in a new city. 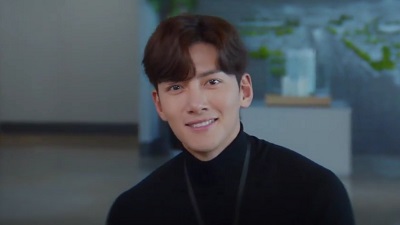 Ji Chang Wook plays Park Jae Won.  He is an architect who takes a long vacation to the beach to stay in a camper. There he meets a free-spirited woman who captures his heart…and then destroys it. 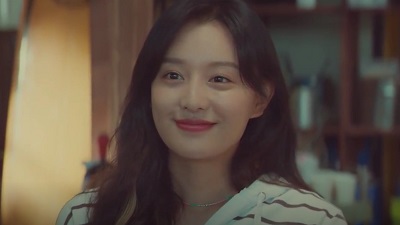 Kim Ji Won is Lee Eun Oh. She is a freelance marketer who experiences some difficulties in life and decides to reinvent herself in a new city as a free-spirited woman. She falls for Park Jae Won, but he falls in love with her fake identity which creates a big problem for her. 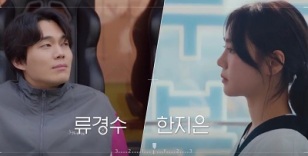 We then have our other couples which consist of Kyung Joon (Kim Min Suk) and Rin Yi (So Ju Yeon) as well as Gun (Ryu Kyung Soo) and Sun Young (Han Ji Eun). 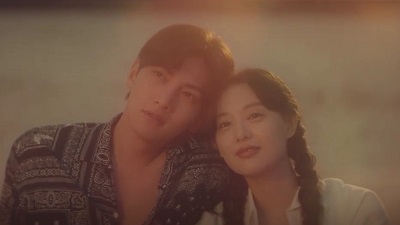 Lovestruck in the City was a bit of mixed bag for me. It had some elements that I really loved and some that I didn’t care for it. Let’s jump into the positives first. I really loved the main love story between Jae Won and Eun Oh.

Ji Chang Wook is made for roles like this where he gets to be adorably awkward, and Kim Ji Won was great at showing two sides of her character as well as the pain she was experiencing. 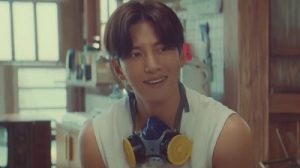 Their story was told in flashbacks as well as in the present. I was completely drawn in to their whirlwind romance on the beach in the past. They had great chemistry and were very engaging.

We don’t get to see much of them together in the present until a good way through the drama, but their individual journeys were nice to see. Things then get very interesting when they reunite. So all in all, I really enjoyed their romance and was completely engaged in that part of the drama. 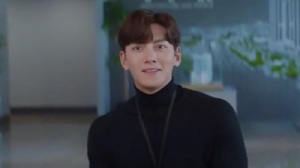 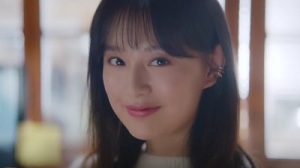 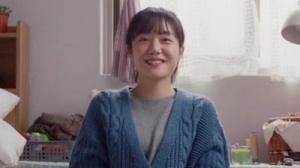 Now for the negatives. This drama uses a unique format in how it presents the story. Some of the story is set in the past as we see how the main relationship plays out. Then in the present, it is a mix of traditional story telling along with a sort of documentary/interview style where the characters address the camera quite frequently by answering questions and letting us in on what they are thinking.

I personally didn’t care for this as it sort of pulls me out of the story itself. I just can’t get immersed in the same way. Luckily, the documentary style did lessen as the drama progressed in favor of more traditional scenes, but it was featured in every episode.

I also wasn’t too interested in the secondary couples. It takes a while to really get into them, and even then it was mostly Kyung Joon and Rin Yi. Gun and Sun Young felt more like an afterthought.

I had one big problem with the main romance too. Eun Oh’s story was a fascinating one for sure, and I did like seeing her character growth from start to finish as she finally came out of her shell and found herself, but she really was terrible to Jae Won. It was understandable how she acted when they first got together at the beach and unexpectedly fell in love. 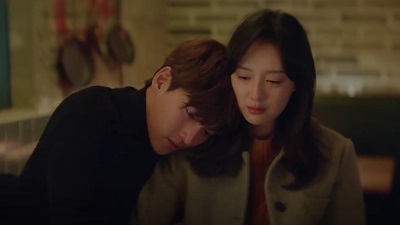 Her actions in the present were awful though. The hoops she jumps through to keep her secret are next level. And then when she is discovered, she won’t even explain anything to Jae Won. Not just once either, but for quite a while. The drama did do good at diving in to why she acted the way she did, but there just really isn’t an excuse for the complete shut out of information from her.

I probably wouldn’t be so bothered if this plot element were in a melodrama, but this show has a very realistic, slice-of-life vibe, so her actions felt exaggerated. Still, I did enjoy their romance quite a bit. 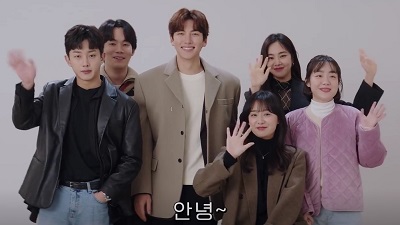 Overall, Lovestruck in the City was a quick and easy watch with 17 half hour episodes, though it could have definitely told its story in less time. I didn’t love the format, but I thoroughly enjoyed the main romance that provided swoony moments as well as some nice character exploration. It was a decent watch.

Greetings! I’m Kay, creator and author of Kdrama Kisses. Kdrama Kisses is dedicated to bringing you the latest in kdrama casting news, drama trailers, reviews, and more. Happy drama watching to everyone!
View all posts by Kay →
This entry was posted in Reviews and tagged Ji Chang Wook, kdrama, Kim Ji Won, Korean Drama, Lovestruck in the City. Bookmark the permalink.

13 Responses to Lovestruck in the City Korean Drama Review